Jordan’s King Abdullah voiced his concern Wednesday over US President Donald Trump’s plans to recognize Jerusalem as Israel’s capital and move the US embassy there, saying the city is key to regional stability.

Trump’s expected announcement has prompted a chorus of criticism and concern from regional and world figures — including important US allies such as Jordan — who say it risks fueling instability and kills off hopes of a future Israeli-Palestinian peace deal.
“There is no alternative to a two-state solution and Jerusalem is key to any peace agreement,” said Abdullah, speaking in Ankara alongside Turkish President Recep Tayyip Erdogan, who is also opposed to Trump’s expected move.
Abdullah said he had “re-emphasized our concerns” to Trump about his plans to recognize Jerusalem as Israel’s capital. “It is imperative to work fast to reach a final status solution and a peace agreement,” he said. 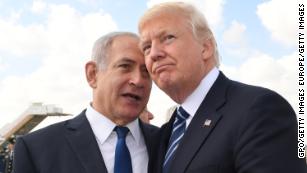 Trump’s Jerusalem decision promises upheaval
The Jordanian King added that any such agreement must allow for an independent Palestinian state and that “ignoring Palestinian Muslim and Christian rights” in the holy city “could fuel terrorism.”
Abdullah is also the custodian of the Muslim holy sites in the Old City of Jerusalem.
Erdogan warned that a wrong step taken in Jerusalem would cause a reaction across the Islamic world which could destroy the foundations for peace. Turkey shares the “sensitivity and the same candor with Jordan in terms of protecting the sanctity of Jerusalem and her historical status,” he said.
Regarding Trump, Erdogan said: “No one person’s personal ambitions should be allowed to alter the fates of billions of people. Any such move would only embolden terrorist organizations.”
The Trump administration on Tuesday cast the landmark step, which Trump will announce Wednesday at 1 p.m. ET, as a “recognition of reality” that Jerusalem has long been the seat of the Israeli government. Officials stressed that the decision would have no impact on the boundaries of future Israeli and Palestinian states as negotiated under a final status agreement.
Israel’s government has welcomed the controversial move, although Prime Minister Benjamin Netanyahu did not reference it directly in a speech Wednesday, instead hailing the strength of US-Israeli ties.
While there are challenges, Israel has an “irreplaceable alliance” with the United States that is “very strong,” Netanyahu said in an address at the Jerusalem Post Diplomatic Conference. 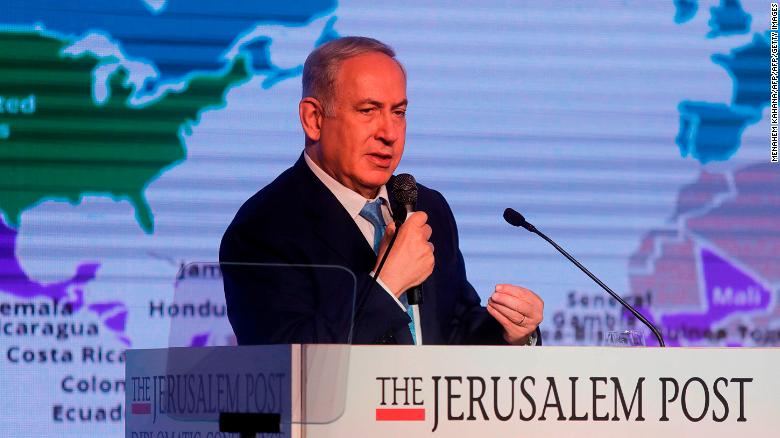 Palestinian factions have already called for three “days of rage” in protest and the US State Department has issued a travel warning for the West Bank and Jerusalem’s Old City.
“It means the death knell of any peace process,” said Hanan Ashrawi, an Executive Committee member of the Palestine Liberation Organization, who appeared on CNN’s New Day. 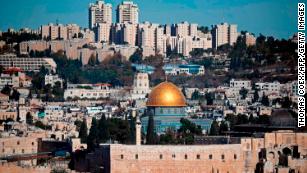 Why declaring Jerusalem as the capital of Israel is so controversial
She railed against Trump for provoking religious feelings.
“He has disqualified the US sadly from any and all peacemaking and at the same time he has given all extremists and nuts all over the world who are ready to commit acts of violence a perfect excuse.”
Palestinian public radio reported that Palestinian Authority President Mahmoud Abbas would address the Palestinian people in response to Trump’s move.
The announcement would move Trump one step closer to fulfilling his campaign pledge to relocate the US embassy to Jerusalem — a move long sought by Israel, but set aside by previous US presidents due to regional security concerns and the fact the international community had agreed that Jerusalem’s status would be resolved as part of a negotiated agreement between Israelis and Palestinians. Both sides claim the holy city as their capital.
No countries currently have their embassy in Jerusalem.

Turkey: ‘It will bring chaos’

Ahead of his announcement, Trump spoke Tuesday to Abbas, King Abdullah, Egypt’s Abdel Fattah el-Sisi and Saudi Arabia’s King Salman.
The conversations prompted statements from each leader’s country opposing the plan, warning that it will undermine regional stability and scuttle any hopes of peace for the foreseeable future. 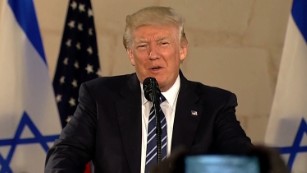 Recognizing Jerusalem as Israel’s capital is a dangerous gambit
Iran’s Supreme Leader, Ayatollah Ali Khamenei, posted on his official Twitter account that the US decision was made “out of despair and debility.”
“On issue of #Palestine their hands are tied and they can’t achieve their goals,” he tweeted. “Palestine will be free. Palestinian nation will achieve victory.”
A Syrian Foreign Ministry statement quoted by state news agency SANA condemned the Trump administration’s plan and urged the Arab world to strengthen its support for the Palestinian people and a Palestinian state with Jerusalem as its capital.
“This dangerous step by the American administration reveals clearly the United States’ disrespect for international law,” it said Wednesday. 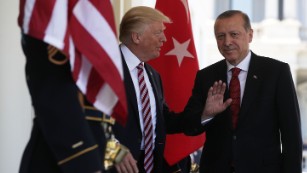 US allies raise the volume on Jerusalem warnings
Peskov said Moscow would “like to refrain from commenting about decisions that have yet to be announced” but added that the situation in Jerusalem was “not easy.”
EU foreign policy chief Federica Mogherini said any action that could undermine an eventual peace agreement between Israelis and Palestinians “must absolutely be avoided.”
British Prime Minister Theresa May said the UK position on Jerusalem continued to be that “the status of Jerusalem should be determined in a negotiated settlement between Israel and the Palestinians.” The city “ultimately should form a shared capital” between a secure Israel and a viable Palestinian state, she said Wednesday.
In a speech in Vatican City, Pope Francis called for wisdom and prudence to prevail with regards to Jerusalem in order to prevent further tensions in a conflict-torn world.
“I cannot remain silent about my deep concern for the situation that has developed in recent days and at the same time, I wish to make a heartfelt appeal to ensure that everyone is committed to respecting the status quo of the city, in accordance with the relevant resolutions of the United Nations,” he said.
“Jerusalem is a unique city, sacred to Jews, Christians and Muslims, where the holy places for the respective religions are venerated and it has a special vocation to peace.”
Church leaders from 13 Christian denominations in Jerusalem released a letter addressed to Trump in which they warn that his anticipated announcement “will yield increased hatred, conflict, violence and suffering in Jerusalem and the Holy Land.”
The church leaders said their “solemn advice and plea is for the United States to continue recognizing the present international status of Jerusalem. Any sudden changes would cause irreparable harm.”

The Israeli government has praised Trump’s pledge to follow through with the embassy move.
“This is an historical day. I welcome President Trump’s decision to recognize Jerusalem as the capital of Israel,” Israel’s transportation and intelligence minister Yisrael Katz said Wednesday. 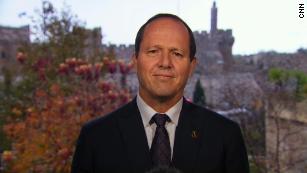 Jerusalem mayor: I applaud Donald Trump 01:43
“Whoever does not recognize Jerusalem as the capital of Israel does not recognize the right of Israel to exist as a Jewish state.”
Meanwhile, Yair Lapid, leader of the opposition Yesh Atid party, called on the entire world to recognize a united Jerusalem as the capital of Israel and urged recognition of Israel’s full sovereignty over the disputed Golan Heights.
“The new reality in Syria is that Iran is going from boots on the ground to roots in the ground. This is why there is no scenario in which Israel can, or should ever, be expected to return the Golan Heights,” Lapid said, speaking at the same diplomatic conference where Netanyahu made his remarks.
Jerusalem Mayor Nir Barkat told CNN that Donald Trump’s expected announcement was “the right thing to do, and here in Jerusalem and Israel we applaud the President.”
Asked if he was worried that violence might result from the move, Barkat said: “The state of Israel would never be what it is today if we would be deterred by violence.”
Source: CNN
Total Page Visits: 136 - Today Page Visits: 1
Share