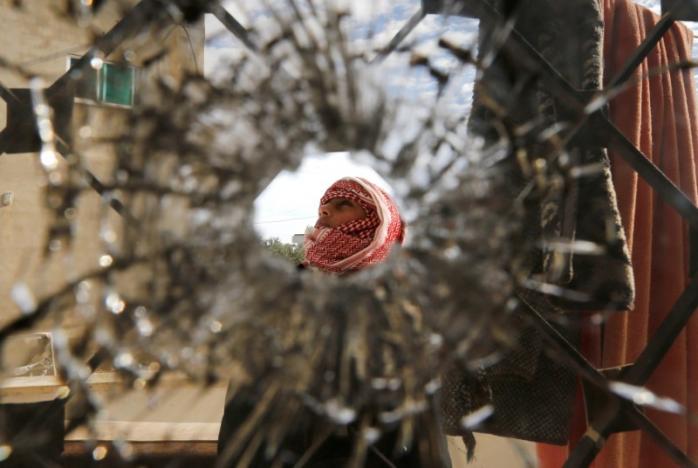 By Suleiman Al-Khalidi | AMMAN - Reuters --
Four Jordanian policemen were killed in clashes with Islamist militants near the southern city of Karak on Tuesday as the authorities hunted militants who killed 10 people on Sunday, security officials said.

Two days earlier police tackled gunmen holed up inside a Crusader castle in Karak. Among the casualties was a Canadian tourist. Islamic State militants claimed responsibility for the violence.

Security forces then launched a wide manhunt to track down the militants' support network.

Government spokesperson Mohamad Momani told reporters that security forces were surrounding a house in a neighborhood in Karak where gunmen linked to the four militants who staged Sunday's attack were taking cover and exchanging gunfire with security forces.

"We are talking about a number of raids that are being conducted by security forces in all parts of the kingdom, not just in Karak," said Momani.

He said at least one gunman was killed in the operation alongside the four policemen. At least 11 people, mostly security personnel, were wounded in the clashes, which were still going on, a security source said.

Police said late on Sunday they had killed four "terrorist outlaws" after flushing them out of the castle where they were holed up after an exchange of fire that lasted several hours. Security forces were able to release around 10 tourists unharmed. At least 30 people were taken to hospital.

Jordanian officials have not publicly confirmed whether the four slain gunmen were militants linked to Islamic State. But they said that a large cache of weapons, ammunitions and several suicide belts were discovered in a hideout in a home in the desert town of Qatranah, 30 km (20 miles) northeast of Karak.

Interior Minister Salamah Hamad said on Monday that the four had fled from the Qatranah area to Karak after an exchange of fire with the police. Based on the quantities of explosives and weapons, "I don't think the target was just Karak castle, it's more," he added. He would not elaborate, saying disclosing details at this stage could imperil national security.

Jordan has been relatively unscathed by the uprisings, civil wars and Islamist militancy that have swept the Middle East since 2011.

However, it is among the few Arab states that have taken part in a U.S.-led air campaign against Islamic State militants holding territory in Syria and Iraq. Many Jordanians oppose this involvement, saying it has led to the killing of fellow Muslims and raised security threats inside Jordan.

Last November three U.S. military trainers were shot dead when their car was fired on by a Jordanian army member at the gate of a military base. Washington disputed the official Jordanian account that they were shot at for failing to stop, and said it did not rule out political motives.