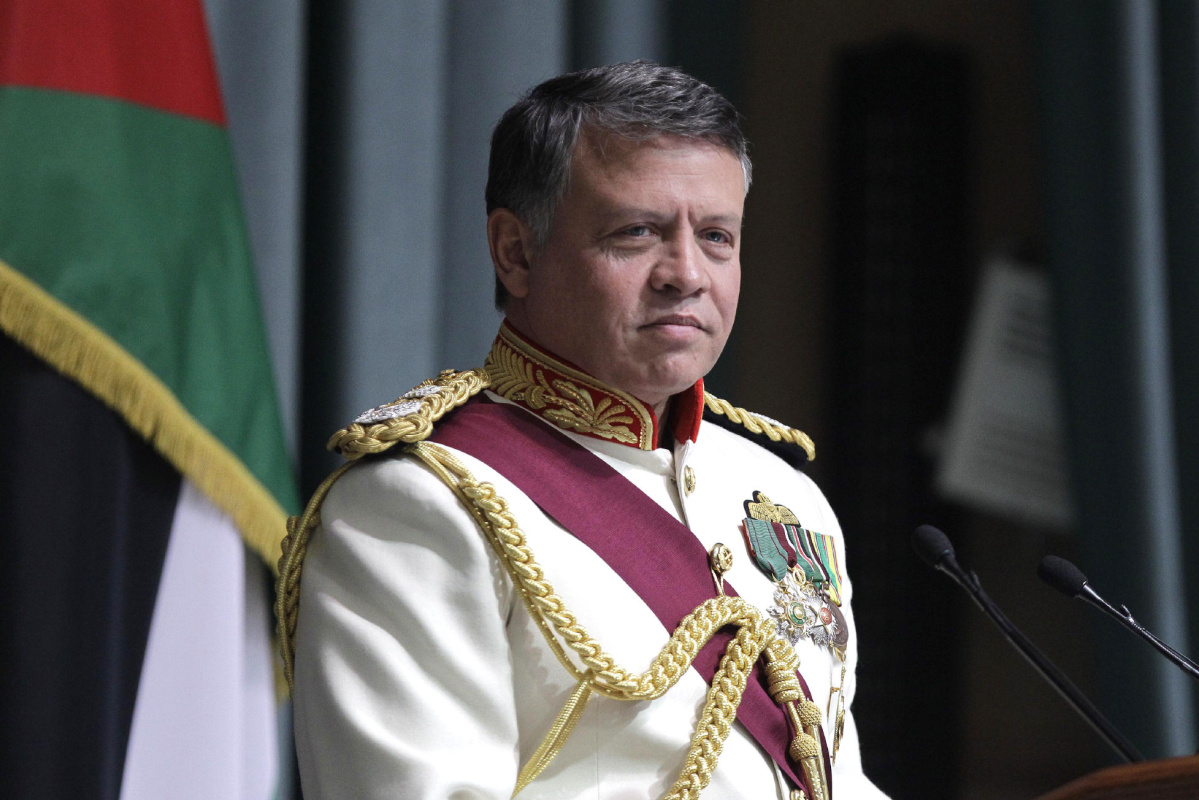 Jordan's king told Israel's visiting prime minister on Wednesday that Palestinians should be part of U.S.-sponsored regional economic projects to underpin stability in the Middle East.

Jordanian officials say Amman has been pushing Israel to include the Palestinians in water-for-energy deals that both countries are considering and which Gulf Arab countries could help finance.

Israel and Jordan signed a peace treaty in 1994 but the Israeli-Palestinian conflict has long weighed on their bilateral relations. Palestinians seek statehood in territories occupied by Israel in a 1967 war. Peacemaking has been frozen since 2014.

King Abdullah reiterated to Israeli Prime Minister Yair Lapid, in their first meeting since U.S. President Joe Biden's visit to the region earlier this month, that a Palestinian state was essential to reach lasting peace between Arabs and Israelis.

The Jordanian king and Lapid discussed accelerating bilateraleconomic projects in the water, energy and food security sectors, as well as transport, an Israeli government statement said.

Israel, which already provides Jordan some freshwater supplies under their peace deal, has long sought to sell desalinated water as well.

But the kingdom has instead been pushing Israel to relax its grip on the flow of Jordanian exports to the Israeli-occupied West Bank, a natural, adjacent market for its goods.

Jordanian officials say the shift in U.S. policy under President Joe Biden back towards a commitment to a two-state solution to the Israeli-Palestinian conflict has eased pressure on Jordan, a majority of whose 10 million population is Palestinian.

The outcome of Biden's visit to the region, during which Washington pushed for further normalisation in Israeli-Arab relations to build a front against common foe Iran, was also discussed by the king and Lapid, a Jordanian official said.

Bilateral relations between Jordan and Israel, which have long cooperated against security threats, have improved since right-wing former Israeli Prime Minister Benjamin Netanyahu lost his re-election bid last year after 12 years in office.

By The Levant - 5 mins ago
By Courtney Doggart and Phesheya Nxumalo With the apathetic passing last month of a constitutional referendum solidifying President Kais Saied’s unchecked powers, Tunisia has confirmed its ignominious status as the biggest disappointment of the Arab Spring, having gone from a democratic success story to dictatorship in just over a decade.  As analysts and commentators lament the loss of Tunisia’s […]
Read story