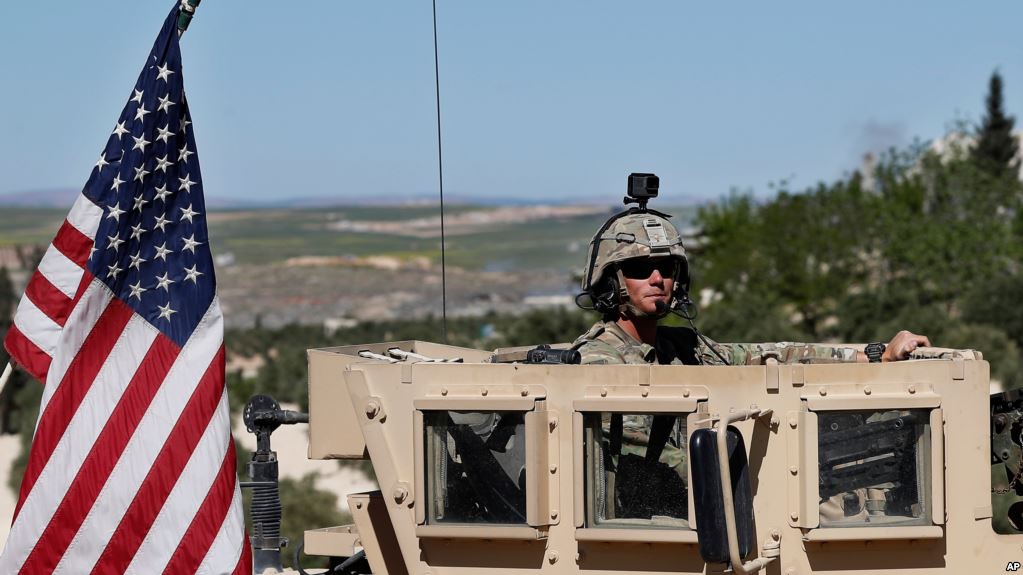 Joint patrols between Turkish and US forces in Syria

Turkish and U.S. forces began joint patrols on Thursday in the Manbij region of northern Syria, which has been a source of friction between Ankara and Washington in recent years.

Turkey’s Defence Minister Hulusi Akar confirmed the start of the patrols in Manbij, about 30 km (19 miles) from the Turkish border.

The two NATO allies had been at odds over the area after Kurdish forces took part of it in a U.S.-backed offensive that drove Islamic State out of Manbij city in 2016.

Turkish and U.S. forces have been carrying out coordinated but independent patrols near Manbij since June.

A Reuters witness saw a convoy of six military vehicles, some flying the U.S. flag and others flying the Turkish flag, underway on Thursday about 20 km from Manbij city.

Turkey, which views the dominant Syrian Kurdish groups as a threat to its national security, had threatened military action against Manbij earlier this year. Then in June it agreed a roadmap with the United States under which the two countries would jointly maintain security and stability there.

Shortly afterwards, the Kurdish YPG militia announced the withdrawal of its military advisers from the city.

The patrols are taking place along the dividing line between territory controlled by the Manbij Military Council, which is allied to the YPG-dominated and U.S.-backed Syrian Democratic Forces, and a Turkish-controlled area in northern Syria.

The Turkish defense ministry said the joint patrols began at 15:53 local time on Thursday. “Patrols will continue until targets laid out on the Manbij roadmap have been reached,” the statement said.