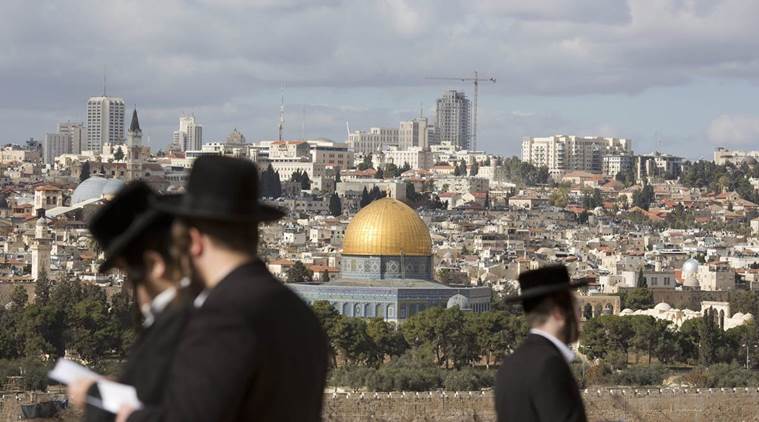 Palestinians returned to the Al-Aqsa compound on Saturday following Friday's violent clashes between worshippers and Israeli forces, but tension and anxiety remain as extremist Jewish groups threaten to storm the mosque on Sunday.

Nabil Faydi, a political analyst from East Jerusalem, said Jerusalemites feared the temporal division of Al-Aqsa Mosque between Muslims and Jews as happened at the Ibrahimi Mosque in Hebron.

But he added that it would be impossible for such a policy to succeed at Al-Aqsa.

He described Friday's attack as an Israeli “test balloon” to measure the Palestinian reaction. “But what happened in Al-Aqsa confirms that the Palestinians are ready to redeem the mosque with their lives. They will not allow the practice of Jewish rituals inside Islam's third holiest site.”

The Organization of Islamic Cooperation condemned the Israelis' incursion into the sacred mosque and their assault on worshippers inside Al-Qibli Mosque and in Al-Aqsa plaza, which left over 150 worshippers injured and saw hundreds of others arrested.

“This dangerous escalation is an affront to the feelings of the entire Muslim Ummah and a blatant violation of international resolutions and instruments,” the OIC said.

It held the Israeli occupation fully responsible “for the fallout of such daily crimes and offenses against the Palestinian people, their territories and sanctuaries.”

It called on the international community, particularly the UN Security Council, to act against these constant violations.

Despite political differences among Palestinian groups — whether they are secular, Islamist, or Marxist — about the best method to adopt in their struggle against the Israeli occupation to liberate their land, the only thing that unites them is Al-Aqsa Mosque, which they consider a red line, not to be touched.

Ibrahim Al-Anbawi, a resident of East Jerusalem, described the situation as worsening and said there was intense anger among the Jerusalemites because of what had happened on Friday, which caused a great deal of embarrassment for Jordan and the Palestinian Authority.https://617b609391e25058a26a6a8c15964f6b.safeframe.googlesyndication.com/safeframe/1-0-38/html/container.htmlAds by optAd360

Both were accused of failing to protect Islamic holy sites, and they were urged to take strong positions on the Israeli threats.

Meanwhile, massive incursions will mark the week-long Jewish Passover into Al-Aqsa, which would keep the pot boiling, said Palestinian sources.https://617b609391e25058a26a6a8c15964f6b.safeframe.googlesyndication.com/safeframe/1-0-38/html/container.htmlAds by optAd360

Hamas leader Ismail Haniyeh said: “The battle is not over and the resistance will not stop. There is no truce agreement with the criminal Israeli occupation, and it must stop its violations.”

Dozens of students from Al-Quds University in Abu Dis, southeast of Jerusalem, suffered after inhaling tear gas fired by Israeli troops in and around their campus on Saturday. The students had gathered to condemn Israeli atrocities in Jerusalem and Jenin.

Roni Shakid, a senior researcher at the Truman Institute for Peace Studies at the Hebrew University of Jerusalem, told Arab News: “As the Palestinians' dream of having an independent Palestinian state fades, the only thing they can fight for is protecting national symbols, and here Al-Aqsa Mosque stands out as the most important of those sacred symbols they believe they should protect and preserve.”

Imad Mona, a bookstore owner in East Jerusalem, told Arab News that the merchants in the Old City and East Jerusalem were expecting more sales in Ramadan as the number of Al-Aqsa visitors from the Palestinians living in Israel, the West Bank, and even from East Jerusalem, was increasing.

But the prevailing tension and Israeli permit restrictions on West Bank residents during the Jewish holidays have limited the number of worshippers visiting the mosque.

Any security deterioration in Al-Aqsa Mosque will quickly cast a shadow over the situation in the West Bank and the Gaza Strip.

At the end of 2000, the Palestinians fought the Al-Aqsa second Intifada, which lasted nearly four years, during which about 4,464 Palestinians were killed, 47,440 were wounded, and 9,800 were arrested.

The violence began with a provocative visit to Al-Aqsa by former Israeli Prime Minister Ariel Sharon.