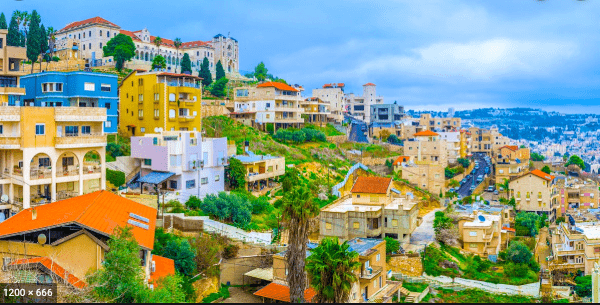 Is Jesus Christ a Palestinian Superstar?

The Levant Dec 26, 2019 Culture, In Depth, Palestine Leave a comment

Born in Bethlehem
Bethlehem is a small town, only ten kilometers south of Jerusalem; it’s the town where Jesus Christ was born to the Virgin Mary and was laid in a manger. He was born in the heart of what is called “The Holy Land”. Around the second century (AD), believers constructed the Church of the Nativity. It was built over this specific cave because it’s believed to be Jesus’ birthplace.

Bethlehem is religiously significant due to Jesus’ birth. However, today the city is at the heart of the Israeli-Palestinian conflict. It’s Palestinian families who lived and still living in Bethlehem. However, around 2001 violence between Israel and Palestine escalated. The Palestinians in this region faced restrictions and lived in fear of violence. However, Bethlehem isn’t simply a hostage city of this conflict. It is a historic city where Christ was born, the earliest sculpture was crafted, and the Dead Sea scrolls were discovered.

However, Jesus did not grow up in Bethlehem. If you are unfamiliar with the birth of Jesus, here is an article that explains Mary and Joseph traveling to Bethlehem for the census, where Jesus was born! Following Jesus’ birth and some time in Bethlehem, the family traveled to Egypt to ensure Jesus’ safety from danger.

Nazareth
Upon the return from Egypt, Jesus, Mary, and Joseph resettled in Nazareth in northern Galilee, the home village of Mary, where she received the news of giving birth to the Messiah. Here, Jesus grew up among his family and eventually grew up to become a carpenter. He learned his carpentry skills from Joseph, who treated him as his very own son throughout Jesus’ childhood. Jesus, who was Jewish, grew up and attended the synagogue each Sabbath day in Nazareth. This region, which was regarded in the Bible as a smaller community, became the site of many remarkable milestones in Jesus’ life.

Today, Nazareth is a beautiful city!
Jesus’ heritage isn’t discussed often. He is commonly called Jesus of Nazareth. Although Jesus did not discuss Palestinian heritage or Arab heritage, we still know that Jesus spoke Aramaic, which is a language sharing roots with Arabic. Additionally, we know for sure that Nazareth, where Jesus’ human familial line is from and where he lived, is in Galilee which was recognized as an Arab Palestinian town. Since the land was formerly part of Palestine, it is more likely that Jesus was a descendant from the Palestinian heritage, His travel at a young age was mostly around Nazareth, just right South of Lebanon and not far from Syria.

Jesus’ Palestinian Customs and Traditions
In their culture, the family is the core of the Palestinian experience. Because of inconsistencies within the government, the primary safety net for many Palestinian people is family. Additionally, the family is important in forming and maintaining identities. Children typically grow up with a sharp sense of responsibility to their family and maintain this responsibility with age. Jesus exemplified strong family values, specifically in coming to do his Father’s will. Additionally, Jesus expanded his scope of family throughout his time on earth, by seeing Apostles, friends, neighbors, and others as his family. At the time of the Crucifixion, Jesus dedicated his mother, Mary, to the disciples, who she took as sons. This demonstrates Jesus’ strong family values by unifying his friends and mother as family.

Similar to treating neighbors as family, everyone is welcomed warmly. This ties into a Palestinian value of hospitality. Arab culture in general typically upholds a strong sense of generosity and hospitality. Jesus displayed hospitality among many people, whether it was his closest friends, the poor, the tax collector or the lepers. He kept all different people as a company and offered help to all regardless of their religion or ethnicity. At the Wedding at Cana, Jesus turned water into wine for all of the guests and on another occasion, He supplied all guests with enough bread and fish. This is typical of Palestinians and people of the Arab World.

Lastly, Jesus acted with great honor, like many Palestinian people. He acted modestly and upheld education in religious teachings and carpentry skills. He also served his community and his Palestinian neighbors. These are all acts of honor in Palestinian culture. Jesus emulated such values in nearly all of his teachings, and he acted with honor when he performed the miracle of healing lepers. He did a great service to his leper neighbor and did not turn a blind eye as others may do.

Many people can see Palestinian culture through the teachings of Jesus. Many people also draw on the current historical parallels, specifically regarding the Israeli-Palestinian Conflict. He was displaced and had to flee to Egypt; however, He still returned to Palestinian land. Throughout his life, He fought and adhered to his principles and all people’s rights, especially the weak, poor, and disadvantaged. Jesus Christ walked his talk and until this date, his followers have been increasing and reaching over a billion followers. Jesus Christ is a Palestinian Superstar!

Total Page Visits: 203 - Today Page Visits: 1
Share
Previous Turkish-Russian dialogue extends to Libya and Syria
Next The Ethnic Cleansing of Palestinian Christians that Nobody is Talking About