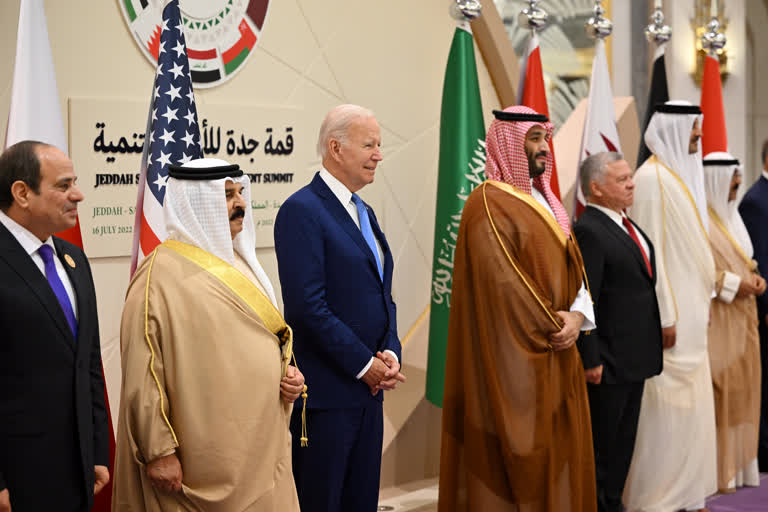 The leaders of the U.S., the six Arab Gulf states, Egypt, Jordan and Iraq have expressed their support for Lebanon's "sovereignty, security, and stability, as well as all the reforms necessary to achieve its economic recovery."

In a joint statement issued after a summit in Jeddah, the leaders noted the recently-conducted parliamentary elections in Lebanon, saying they were "enabled by the Lebanese Armed Forces (LAF) and Internal Security Forces (ISF)."

With a view to upcoming presidential elections, they called on all Lebanese parties to "respect the constitution and carry out the process in a timely manner."

The leaders also praised "the efforts made by friends and partners of Lebanon that have renewed and strengthened the confidence and cooperation between Lebanon and the Gulf Cooperation Council countries, and that have supported the LAF and ISF in their efforts to maintain security in the country."

The leaders took particular note of "Kuwait's initiatives aimed at building joint action between Lebanon and the GCC countries," and commended Qatar's recent announcement of direct support for LAF salaries.

The United States also confirmed its intention to "develop a similar program for the LAF and ISF."

The leaders also welcomed Iraq's support to the people and government of Lebanon in the fields of energy and humanitarian relief.

Moreover, the leaders welcomed "all friends of Lebanon to join this effort to ensure the safety and stability of Lebanon."