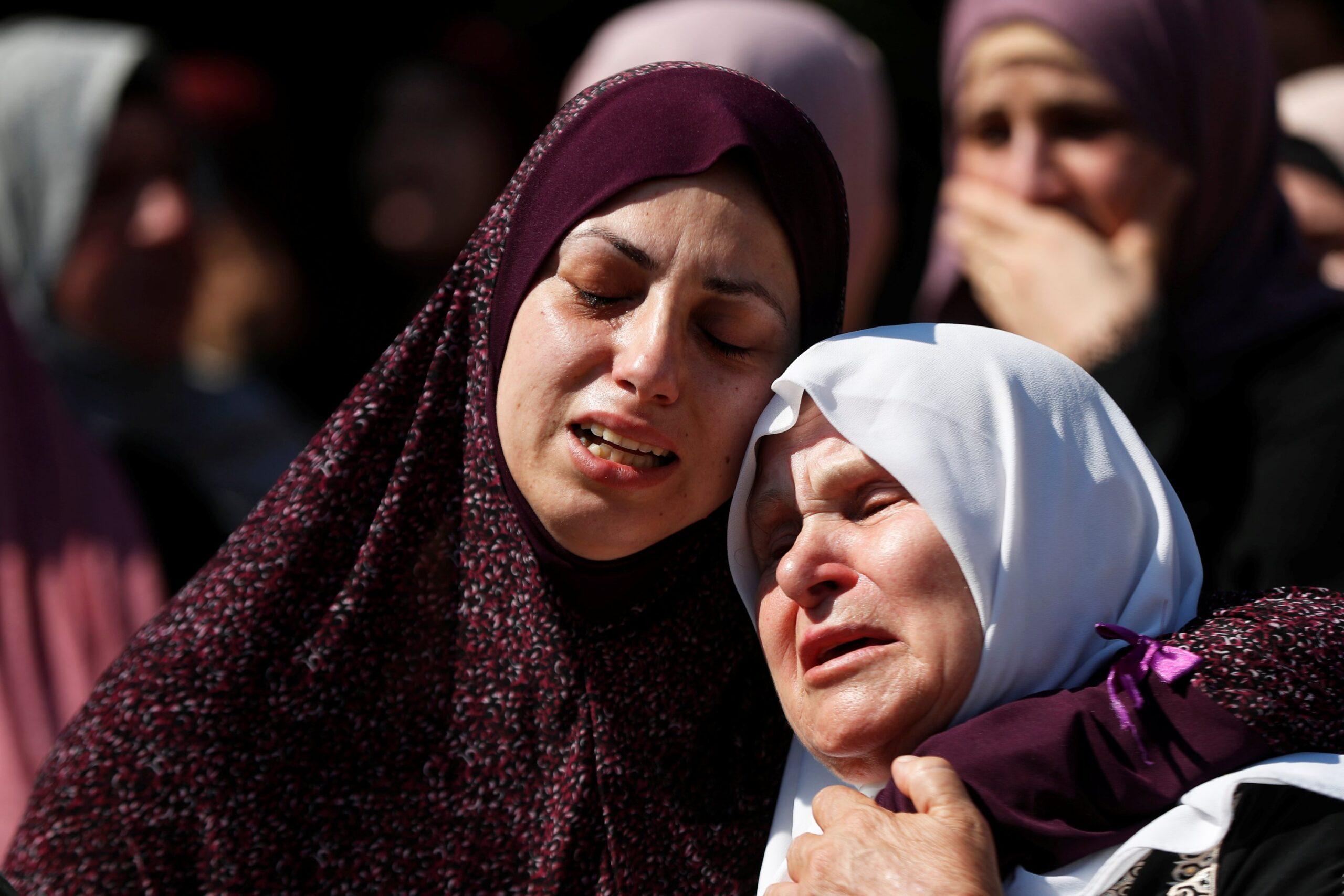 Israeli soldiers on Sunday shot and killed two Palestinian women as troops responded to Prime Minister Naftali Bennett’s call for them to go on the “offensive.”

The first victim was a 45-year-old unarmed Palestinian woman in the town of Husan, west of Bethlehem in the southern West Bank. Eyewitnesses said that Israeli soldiers at a checkpoint at the eastern entrance of Husan shot Ghadeer Sabatin, a widow and mother of six.

Palestinian sources said that Sabatin, who had lost one of her eyes several years ago and was blighted with poor vision, was killed in cold blood by occupying forces while on her way to visit one of her relative’s houses in Husan. They said that soldiers were detaining and inspecting Palestinians in the area.

The Palestinians were not permitted to take her to the hospital as the troops barred them from getting close to her body. She bled to death. The second victim was killed by Israeli soldiers in the city of Hebron in the occupied West Bank. The woman, who remains unnamed, was shot next to the Ibrahimi Mosque after allegedly stabbing an Israeli police officer at one of the checkpoints in the town’s old city.

This latest episode of Israeli violence during Ramadan has escalated tensions, sparking angry reactions from Palestinian political leaders. A spokesperson for the Palestinian Authority accused the Bennett government of “using Palestinian blood to gain the support of extremists for his degraded and threatened government of collapse.”

The killings come soon after Bennett said that Israel had switched to offensive mode to respond to attacks by Palestinian terrorists in Jerusalem. After a cabinet meeting, Bennett vowed to “settle accounts with everyone who was linked, either directly or indirectly, to the attacks.”

The Israeli Defence Forces and the other security services are working to ensure that there are no restrictions imposed on them in the fight against extremism, he added.

Ibrahim Melhem, spokesperson for the Palestinian Authority, told Arab News that the killing of Sabatin was “a premeditated murder that reflects the cult of killing inherent in the occupation soldiers, and at the behest of Naftali Bennett, who authorized the killing of Palestinians just because of suspicion.”

The spokesperson strongly criticized Bennett’s statement where he said that Israel had switched to a state of attack. Melhem added: “Does Bennett think he is fighting Russia to turn to an offensive doctrine? When was it not the Israeli army shown in the position of attacking the Palestinians? Are the Palestinians occupying his land, or is Israel the one who occupies the land of the Palestinian people?”

Palestinian Prime Minister Mohammed Shtayieh condemned “the heinous crime committed by the IDF in Bethlehem” and “held the Israeli government fully responsible for its consequences.”

Palestine Liberation Organization Executive Committee member Hussein Sheikh said on Twitter that “the instructions of the Israeli prime minister to his army to operate without restrictions and unleash it in the West Bank are an invitation to murder and abuse.”

He called “on the international community with all its institutions to curb this lawlessness and put pressure to stop it.” Hazem Qassem, the spokesman for Hamas, said the killing of Sabatin “is a true embodiment of the terrorist behavior practiced by the occupation against our people.”

He added that the crime “confirms the complete disregard for all human laws and norms and exposes the ugly racist face of the occupation, which represents the bottom of human decadence.”

Qassem said: “All these crimes will not stop our people’s legitimate struggle against the criminal occupation until our people's goals of liberation and return are achieved.”