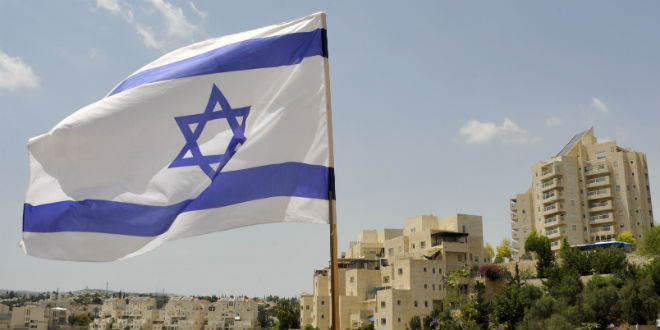 Israelis gun down Palestinian teenager as protests erupt against settlements

Israeli soldiers shot and killed a Palestinian teenager during a clash in the occupied West Bank on Friday, the Palestinian Health Ministry said.

A 17-year Palestinian was shot and later died of his wounds, the Health Ministry said.

The Israeli army had no immediate comment on the incident.

In related developments A Palestinian teenager has died after being shot during clashes with Israeli soldiers at a protest over illegal settlements in the occupied West Bank, Palestinian authorities said Saturday.

Seventeen-year-old Mohammed Munir al-Tamimi, who suffered gunshot wounds, died later in hospital, the Palestinian health ministry said, a day after the violence in the flashpoint Palestinian village of Beita.

The Red Crescent said 320 Palestinians were injured in the clashes, including 21 by live fire, 68 by rubber-tipped bullets and many others by tear gas.

Hundreds of Palestinians had gathered in the afternoon in the village of Beita, a hot spot in recent months, to protest against the wildcat settlement of Eviatar, located nearby, an AFP photographer said.

The Israeli army said its soldiers had responded “with riot dispersal means” after Palestinians hurled rocks at them.
Israel said two of its soldiers were “lightly injured” in the violence.

Beita has been the scene of frequent unrest since May, when dozens of Israeli families arrived and began building the settlement on a hilltop near Nablus in defiance of Israeli and international law.

After weeks of clashes and tensions, the government of nationalist Israeli Prime Minister Naftali Bennett struck a deal with the settlers that saw them leave the Eviatar outpost.

The settlers left behind the rudimentary homes they built until the Israeli defence ministry determines whether the land can be considered state territory.

The Israeli military is maintaining a presence in Eviatar until the decision is made.

The agreement was rejected by the mayor of Beita, who said on Thursday that “clashes and protests will continue” as long as any Israeli “remains on our land”.

All Jewish settlements in the West Bank are regarded as illegal by most of the international community.