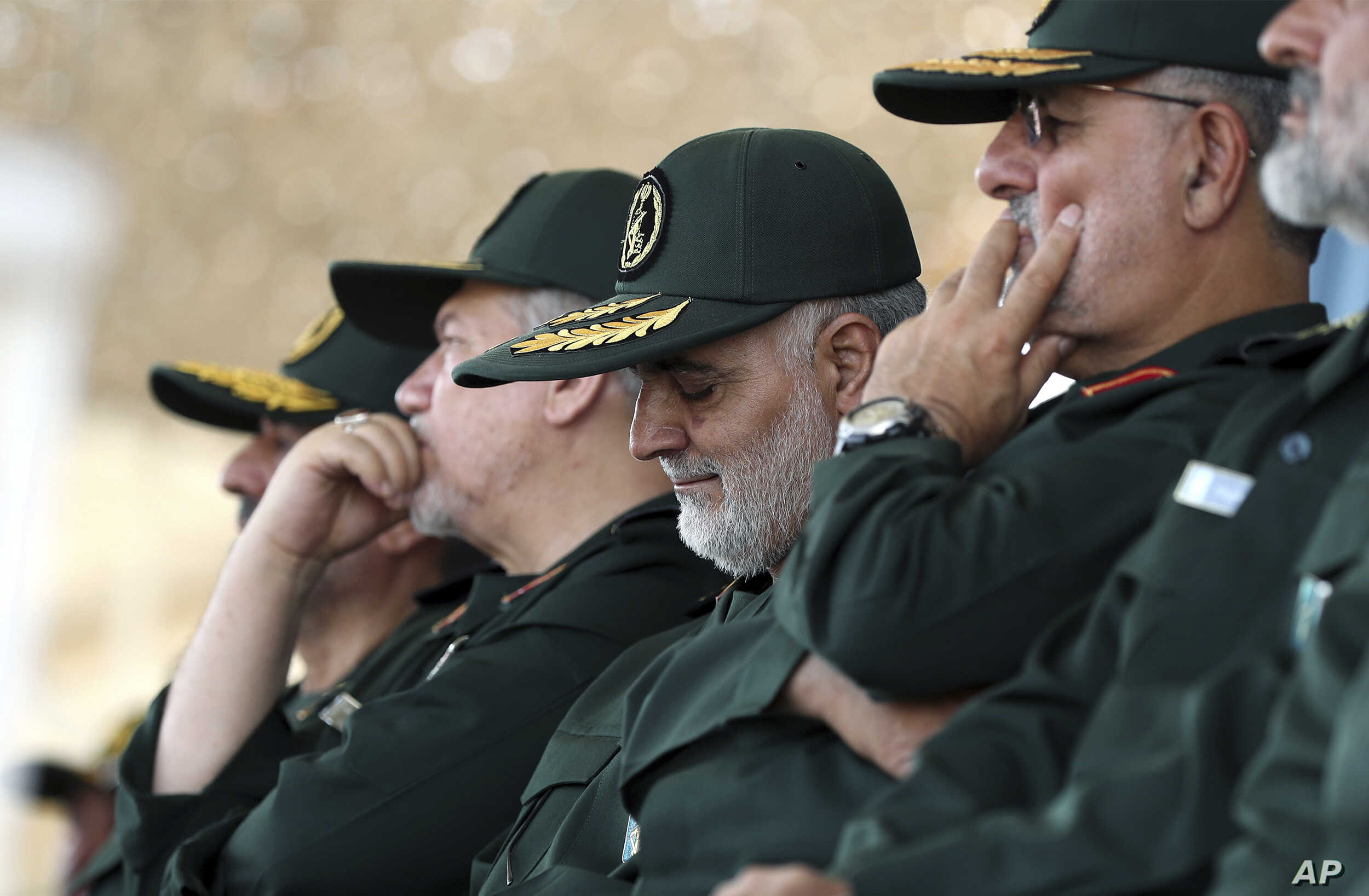 Israelis confirm they had hand in Soleimani assassination

Israel's former military intelligence chief says Israel was involved in the American airstrike that killed Iranian general Qassem Soleimani in January 2020. It is the first public acknowledgement of Israel's role in the operation.

Soleimani headed the Iranian Revolutionary Guard's elite Quds Force and helped orchestrate Iran's involvement with paramilitary groups abroad. He was killed in a U.S. drone strike at the Baghdad airport in January 2020, an incident that threatened to pull the countries into full-blown conflict.

But Maj. Gen. Tamir Heyman, the now-retired general who headed military intelligence until October, appears to be the first official to confirm Israel's involvement.

Heyman's comments were published in the November issue of a Hebrew-language magazine closely affiliated with Israel's intelligence services. The interview was held in late September, a couple weeks before his retirement from the military. The authors wrote that Heyman opened the interview by talking about the American airstrike that killed Soleimani, but in which Israeli intelligence played a part.

"Assassinating Soleimani was an an achievement, since our main enemy, in my eyes, are the Iranians," Heyman told the magazine. He said there were "two significant and important assassinations during my term" as head of army intelligence.

"The first, as I've already recalled, is that of Qassem Soleimani -- it's rare to locate someone so senior, who is the architect of the fighting force, the strategist and the operator -- it's rare," he said. Heyman called Soleimani "the engine of the train of Iranian entrenchment" in neighboring Syria.

Israel has carried out hundreds of airstrikes in Syria in the past decade, but rarely publicly comments on them. Israel has said, however, that it has targeted bases of Iranian-backed force and arms shipments bound for Lebanon's Iran-backed Hizbullah.

Heyman said that Israeli strikes had succeeded in "preventing the attempt by Iran to put down roots in Syria."

The Israeli military did not immediately respond to requests by The Associated Press for comment on Heyman's remarks.

The interview was published as world powers and Iran were engaged in negotiations to reach a new agreement to curb Iran's nuclear program. The previous deal, struck in 2015, unraveled after the United States unilaterally withdrew in 2018 and re-imposed crippling economic sanctions on Iran.

On Wednesday, National Security Advisor Jake Sullivan was scheduled to meet this week in Jerusalem with Israeli Prime Minister Naftali Bennett to discuss "a range of issues of strategic importance to the U.S.-Israel bilateral relationship, including the threat posed by Iran," National Security Council Spokesperson Emily Horne said.

Israel considers Iran its regional arch-foe, and says it will take any steps needed to prevent Iran from obtaining nuclear weapons. Iran insists its nuclear program is for peaceful purposes.