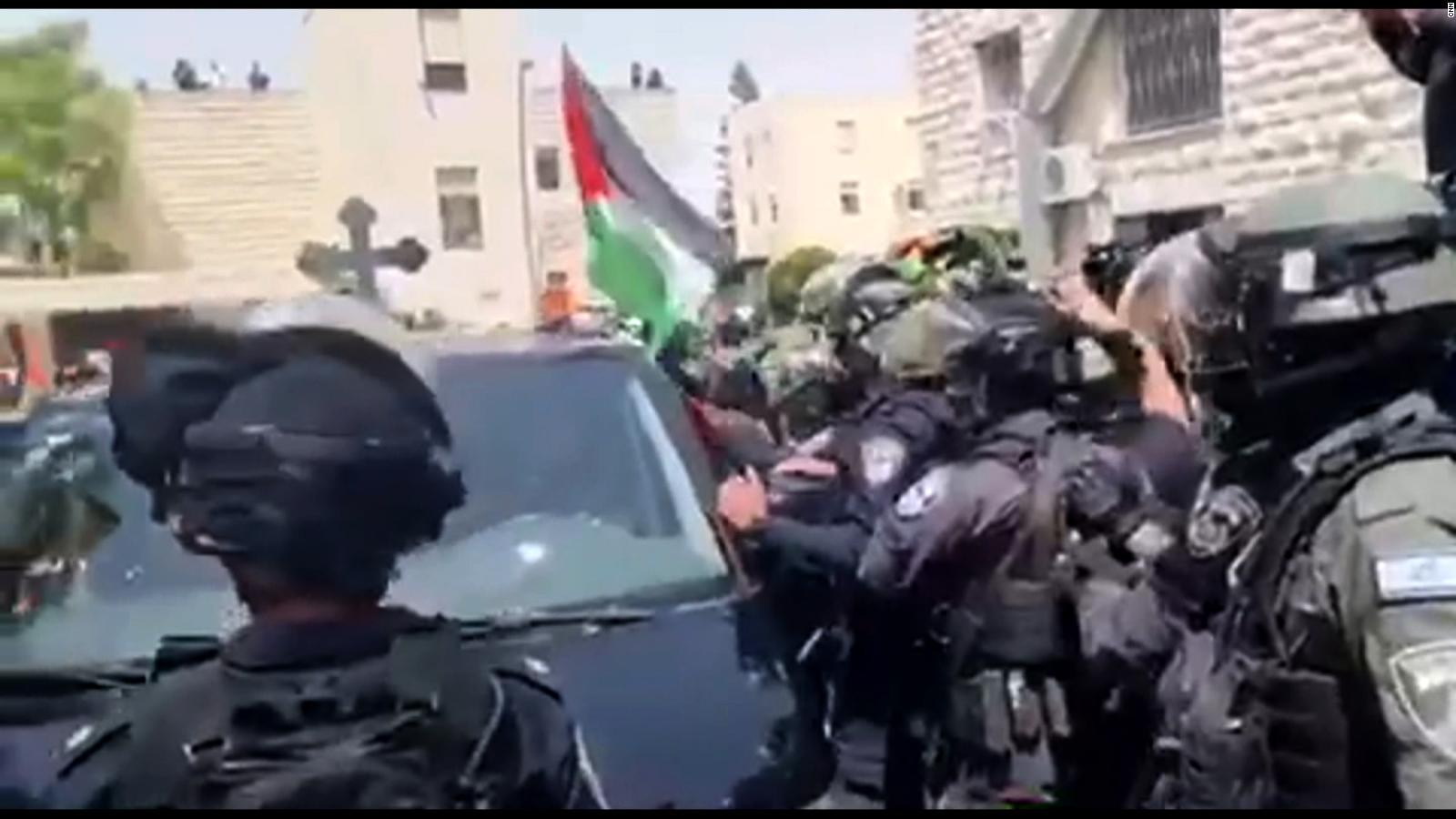 Israel's police chief on Saturday ordered an investigation into the actions of officers at the funeral of journalist Shireen Abu Akleh, after they charged the procession and beat pallbearers, sparking global outrage.

Thousands of mourners packed Jerusalem's Old City on Friday for the burial of the 51-year-old Al Jazeera reporter. The Palestinian-American was killed two days earlier during an Israeli raid in the occupied West Bank.

"The Israel police commissioner in coordination with the minister of public security has instructed that an investigation be conducted into the incident," the police said in a statement.

They had coordinated funeral arrangements with the journalist's family but "rioters tried to sabotage the ceremony and harm the police," it said.

"As with any operational incident, and certainly an incident in which police officers were exposed to violence by rioters and in which force was subsequently used by the police, the Israel Police will be looking into the events that ensued during the funeral," it added.

But Antoun Abu Akleh, the slain journalist's brother, said "there was no agreement between us and the police," who had asked the family how many people were expected to attend the funeral.

"We gave them the number of participants and the path of the funeral and this is what happened," he told AFP.

German Foreign Minister Annalena Baerbock expressed deep shock "that the funeral ceremony could not be held in peace and dignity".

The foundation of late South African Archbishop Desmond Tutu, a Nobel Peace Prize winner, said the police "attacking pallbearers" was "chillingly reminiscent of the brutality" during funerals of anti-apartheid activists.

On Friday, Secretary of State Antony Blinken said the US was "deeply troubled to see the images of Israeli police intruding into her funeral procession".

The European Union condemned what it said was "unnecessary force" by the officers.

Abu Akleh, a highly respected reporter, was shot in the head on Wednesday near Jenin refugee camp in the northern West Bank. She was wearing a helmet and a bulletproof vest marked "Press".

On Saturday, Palestinian President Mahmud Abbas awarded her a posthumous medal at a ceremony in Ramallah.

Israel's army said an interim investigation could not determine who fired the fatal bullet, noting stray Palestinian gunfire or Israeli sniper fire aimed at militants were both possible causes.

The Palestinian public prosecution said an initial probe showed "the only origin of the shooting was the Israeli occupation forces".

Palestinian President Mahmud Abbas awarded a posthumous medal to Abu Akleh and also awarded another journalist, in a wheelchair, who was wounded in the same incident /PPO/AFP
Qatar-based Al Jazeera said Israel killed its reporter "deliberately" and "in cold blood".

The United States, the European Union, the United Nations and others have backed calls for a full investigation into her killing.

Israel has called for a joint probe, which the Palestinian Authority has rejected.

A PA official said on Saturday that the authority would welcome the "participation of all international bodies in the investigation".

"What happened in her funeral yesterday by the #occupation forces reinforces our position that rejects #Israel's participation in this investigation," Hussein al-Sheikh added on Twitter.

Fresh violence erupted Friday in the West Bank, including a raid and clashes around Jenin refugee camp that claimed the life of an Israeli officer.

Tensions were already high after a wave of anti-Israeli attacks that have killed at least 19 people since March 22, including an Arab-Israeli police officer and two Ukrainians.

A total of 32 Palestinians and three Israeli Arabs have died during the same period, according to an AFP tally, among them perpetrators of attacks and those killed by Israeli security forces in West Bank operations.