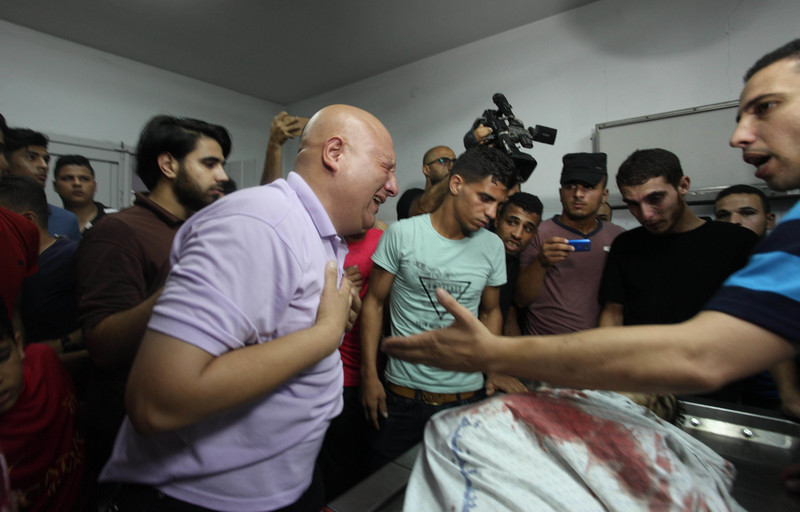 Israeli jets struck targets in the Gaza Strip early on Wednesday after a rocket fired by Palestinians struck a house in the southern occupied city of Beersheba, the Israeli military said.

Residents in the Gaza Strip said jets had targeted eight locations. The military said another rocket had been launched from Gaza, falling into the sea.

Health ministry officials in Gaza said three people were wounded in an Israeli air strike against an armed training camp in Rafah, in the south of the coastal strip.

Tensions along the Israel-Gaza border have been simmering for months amid weekly border protests and the launching by Palestinians of incendiary balloons and kites across the border fence.

Israeli leaders have warned that they are prepared to escalate military action on Gaza to curb attacks and protests.

Israel and Hamas, which controls Gaza, fought a war in 2014.

Around 200 Palestinian have been killed by Israeli troops since the border protests began on March 30, according to Palestinian Health Ministry figures.

Gaza health officials said seven Palestinians were killed when Israeli troops opened fire on a group that broke through the fence.

Israel has drawn international condemnation for its use of deadly force, but says it is protecting its borders and civilian population.

Israeli Defence Minister Avigdor Lieberman ordered the closure of both border crossings with Gaza on Wednesday.

Lieberman ordered also the reduction of the permitted fishing zone along the Gaza coast to three nautical miles.

Israel withdrew its troops and settlers from Gaza in 2005 but maintains tight control of its land and sea borders, citing security concerns.