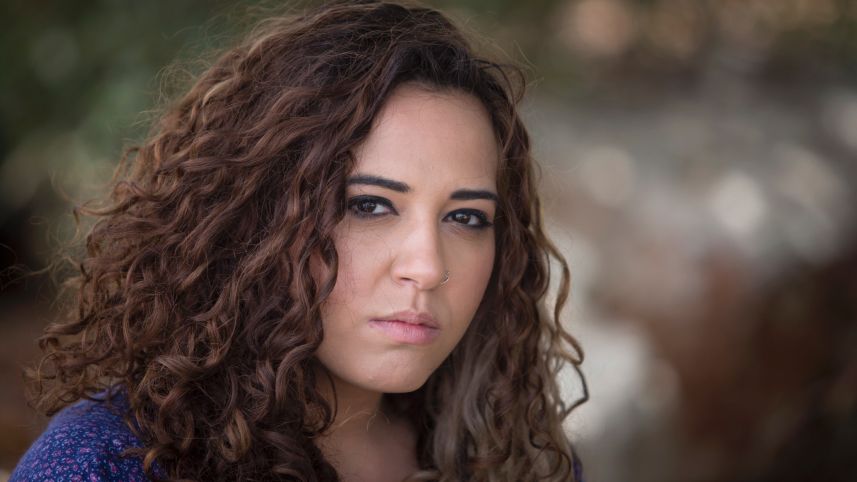 Diran Shalabneh, head of the National Union of Israeli Students’ department for the advancement of Arab students, was asked to stand behind a curtain and remove her bra for the special security check, before being asked to lower her pants.

By Yarden Skop -- Diran Shalabneh, head of the National Union of Israeli Students’ department for the advancement of Arab students, wrote on Facebook on Thursday of how two months ago she was searched and asked to partially undress for a security check when she arrived for a meeting at the Prime Minister’s Office. She described how she was asked to stand behind a curtain and remove her bra for the special security check, and after receiving her bra back was asked to lower her pants. At this stage Shalabneh said she refused to continue with the search, even though it meant she would not be allowed to enter the building.
Shalabneh said she arrived at the PMO for a business meeting related to her job at the Authority for the Economic Development of the Arab, Druze and Circassian Sectors, which is under the prime minister’s authority. She noted that she has visited the PMO previously for work meetings.
The security check at the entrance to the building began as usual, she wrote: Asked if she had been invited, she said yes and cited the source of the invitation. While her identity card was being examined, the security check dragged on and additional security guards arrived. Shalabneh was asked to place her belongings in an x-ray scanner, then two female guards arrived and told her she needed to undergo a body search. Shalabneh accompanied them behind a curtain, which she said does not properly conceal what is going on behind it.

She told Haaretz on Thursday that the more experienced guard explained to the trainee “how and where to touch her body, to open her legs, close her legs.” Shalabneh said she was then asked to take off her bra and put it into a box that was taken elsewhere to be checked.
In her Facebook post, she wrote: “Every time I reconstruct the events, I don’t know why I agreed – unreasonable harm to my privacy had already begun, and in the most humiliating fashion.” Things were moving fast and she was feeling overwhelmed, and at that stage she should have stopped the disgrace, she wrote. Shalabneh says she was also asked to take off her pants, and this is when she asked to stop the security check.
At one point she sent a text message to the person she was supposed to meet in the authority, and he came to the entrance just as she came out from behind the curtain. The security guards explained to him that she was not interested in going through the search, so she was not allowed to enter.

Because of her host’s insistence, Shalabneh remained, and was on the verge of tears, she said. “The computerized check concerning me took about another half hour, after which permission was received from the security officer to let me in.”
Shalabneh said she had not spoken about the incident earlier because she felt her experience “was nothing less than sexual harassment. It took me time to share because it was a humiliating experience, very unpleasant.”
“The minute they asked me to take off my bra, and started to touch me, and asked me to lower my pants and took my bra away, I felt helpless,” she wrote.
“When I go to the airport I am ready for it, It is already routine. But here I was in the middle of a workday, people were waiting for me, in addition to all the anguish I was late for the meeting, there were lots of male security guards there, their number grew. I started to cry like a little girl and was in shock, and I couldn’t continue with the day.”
The Prime Minister’s Office said: “The security department operates according to regulations needed for the prime minister’s security. She was treated respectfully and the visitor entered [the building].”