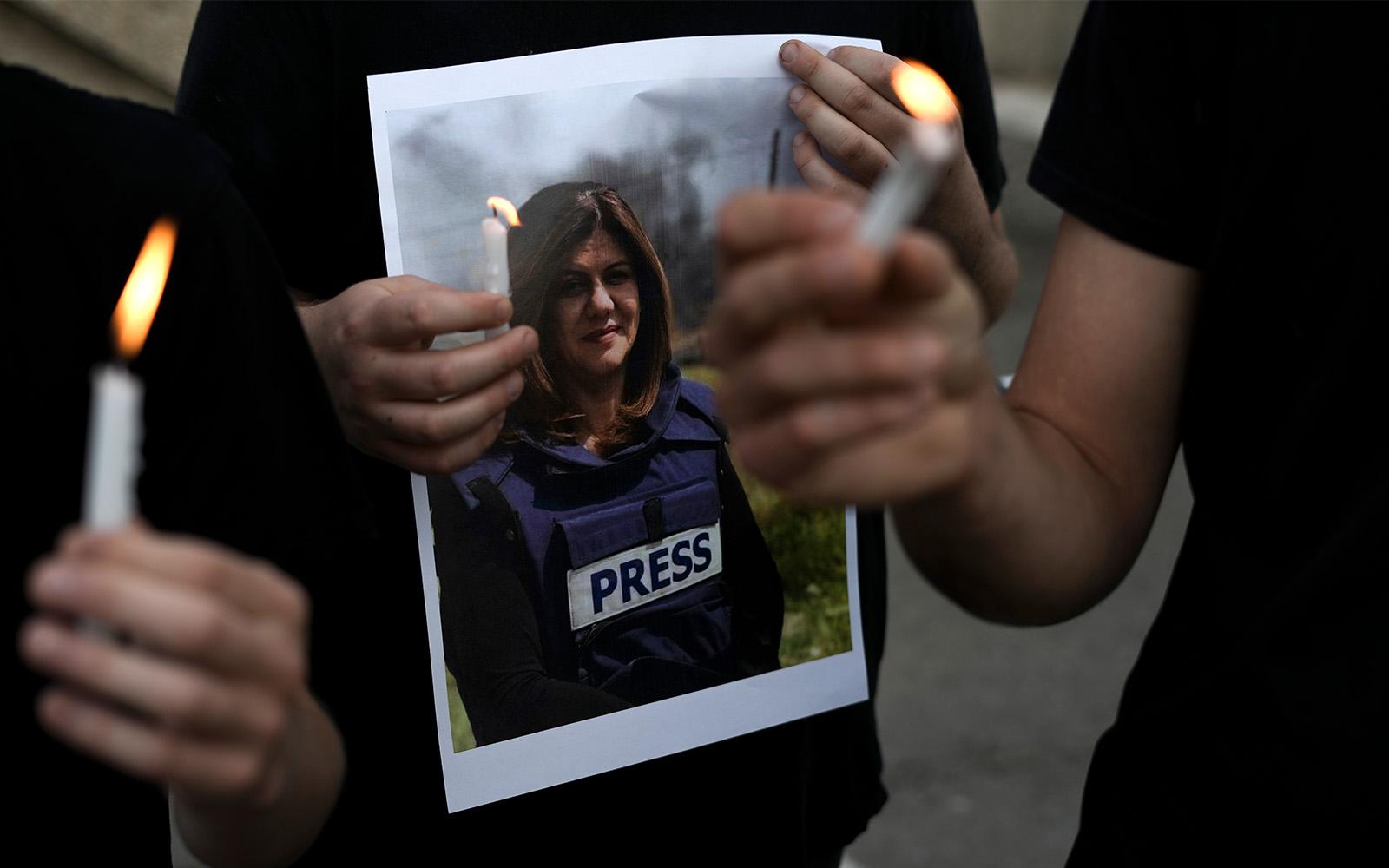 Israel will not launch a criminal investigation into the killing of the US-Palestinian journalist Shireen Abu Aqleh, which Palestinian officials and witnesses have blamed on Israeli soldiers.

In a statement released on Thursday, the Israel Defense Forces claimed that because Abu Aqleh was killed in an “active combat situation”, an immediate criminal investigation would not be launched, although an “operational inquiry” would continue.

According to a report in the Haaretz newspaper, the Israeli military police branch has accepted the assurances of Israeli troops that they were not aware she was in a village adjacent to the Jenin refugee camp when she was killed on 11 May.

The Biden administration and the UN security council have called for a transparent investigation.

Abu Aqleh was a household name across the Arab world, known for documenting the hardship of Palestinian life under Israeli rule for Al Jazeera. Her killing received widespread international coverage and prompted criticism from the White House.

The US secretary of state, Antony Blinken, promised her family that Washington would demand that her death be properly investigated.

Abu Aqleh was killed during an arrest raid by an Israeli commando unit on Palestinian militants.

According to Haaretz, the head of the Commando Brigade, Col Meni Liberty, identified six occasions during the raid when Israeli soldiers opened fire, allegedly at armed Palestinians who were near Abu Aqleh and other journalists.

The Israeli military had previously released an account that said it could not unequivocally determine the source of the bullet that killed Abu Aqleh. That account speculated that the bullet could have been fired by either a Palestinian militant or an Israeli soldier using a “telescopic scope” at 200 metres.

Palestinian officials have refused to give the recovered bullet to Israeli authorities to analyse but said it welcomed international investigations.

The decision by the Israeli military advocate general, Maj Gen Yifat Tomer-Yerushalmi, not to order an investigation by the military police criminal investigation division marks a departure from the majority of recent incidents involving IDF shootings of civilians in the occupied West Bank, which have been followed by investigations.

Last week the UN high commissioner for human rights, Michelle Bachelet, complained about a lack of Israeli accountability for deaths in the occupied territories.

Commenting on Abu Aqleh’s killing and the subsequent violence at her funeral, Bachelet said: “As I have called for many times before, there must be appropriate investigations into the actions of Israeli security forces.

“Anyone found responsible should be held to account with penal and disciplinary sanctions commensurate to the gravity of the violation. This culture of impunity must end now.”

The Israeli NGO Yesh Din criticised the decision not to investigate, saying that “the army law enforcement mechanisms no longer even bother to give the appearance of investigating”.

Steve Coogan, Kathryn Hahn, Mark Ruffalo, Susan Sarandon and Tilda Swinton were among the signatories to a letter published by Artists for Palestine UK that called for “full accountability for the perpetrators of this crime and everyone involved in authorising it”.

The Israel Defence Forces released a statement on Thursday claiming that “dozens of Palestinian gunmen fired recklessly and indiscriminately while IDF soldiers were conducting counter-terrorism activities in the Jenin camp” on the day that Abu Aqleh died.

“An exchange of fire occurred between Palestinian gunmen and the soldiers. Toward the end of the activity, the journalist Shireen Abu [Aqleh], who was present at the battle zone during the exchange of fire, was hit.

“Due to the nature of the active combat situation, an immediate [military criminal] investigation was not launched. A decision regarding the necessity of an … investigation will be determined by the military advocacy, in accordance with the findings of the still-ongoing operational inquiry, as is standard in such cases.”

Sign up to First Edition, our free daily newsletter – every weekday morning at 7am BST

The police branch decision came a day after Israeli authorities said they have given the go-ahead for flag-waving Jewish nationalists to march through the heart of the main Palestinian thoroughfare in Jerusalem’s Old City later this month, in a decision that threatens to re-ignite violence in the holy city.

The office of the public security minister, Omer Barlev, said the march would take place on 29 May along its “customary route” through Damascus Gate, which is an Arab neighbourhood.

The Old City, located in East Jerusalem, has experienced weeks of violent confrontations between Israeli police and Palestinian demonstrators, and the march threatens to trigger new unrest.