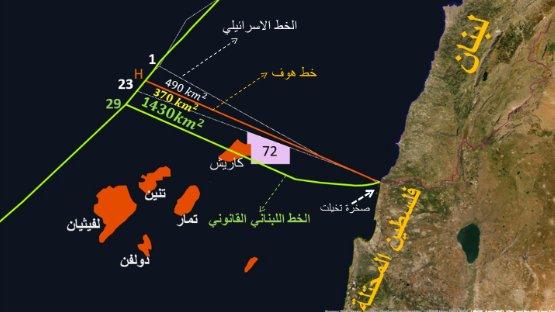 In remarks published Friday, the daily said that Israel wants guarantees that Hezbollah will not attack Israel gas rigs in case the agreement is not reached by mid-September.

The agreement would give Lebanon the Line 23 and all of the Qana field, according to the report.

"Israel has sent clear messages to Hezbollah, saying that it has accepted Lebanon's demands and asking for guarantees that Hezbollah will not attack Karish," the daily quoted informed sources as saying.

In June, Israel moved a production vessel into Karish, parts of which are claimed by Lebanon. The move forced the Lebanese government to call for the resumption of U.S.-mediated negotiations, and Hochstein answered the request and visited Beirut, while Hezbollah threatened Israel against proceeding with extraction.

Lebanon is now waiting for a response from Israel after having relayed its maritime border position to Hochstein.