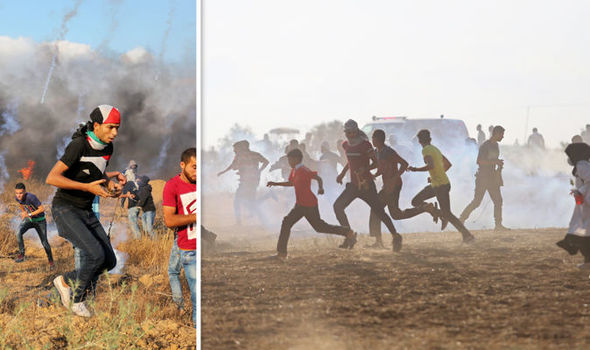 The Palestinian Commission of Detainees and Ex-Detainees Affairs stated the hefty bills have been imposed on minors detained in Ofer prison near the city of Ramallah in the central West Bank.

As many as 32 children have been arrested in total with 12 of those being detained in their homes.

One child was arrested at a military checkpoint in the area while 18 were confronted in streets.

Two minors are understood to have been shot then detained and 10 others were attacked during their arrest, the report added.

Aidar Aganin, the head of Russia’s diplomatic mission in Ramallah, recently declared Moscow was “deeply concerned” about the current tensions brewing in the region.

He said: “We are deeply concerned about this tension.

“It is obvious that the use of military means cannot lead to the solution of problems existing between the sides.”

Mr Aganin then insisted the Kremlin is encouraging “dialogue without preconditions” in a desperate effort to resolve tensions. 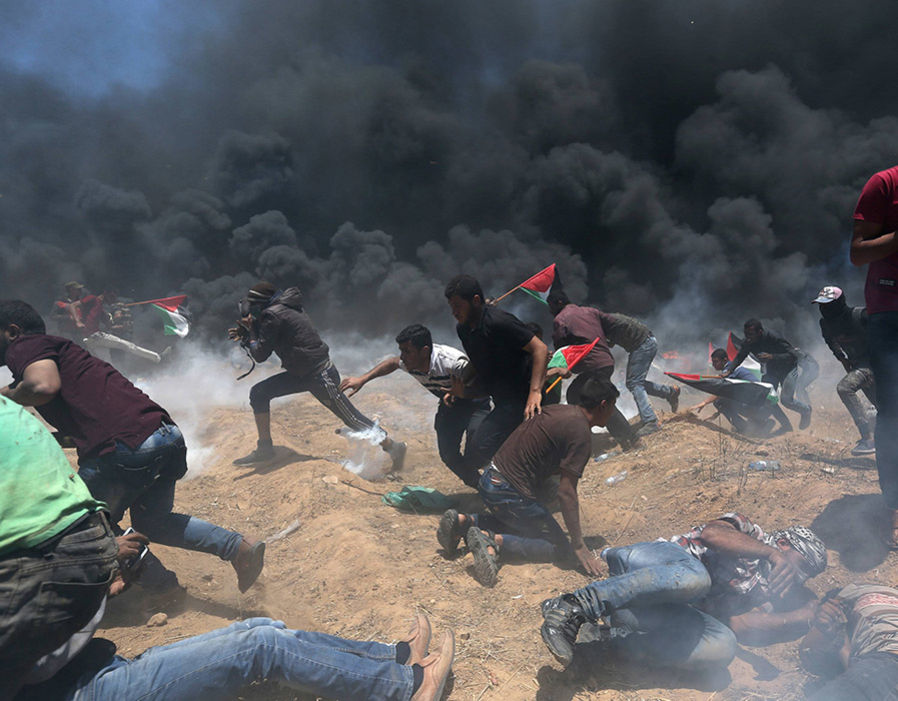 Palestinian demonstrators run for cover from Israeli fire and tear gas during a protest against U.S. embassy move to Jerusalem and ahead of the 70th anniversary of Nakba, at the Israel-Gaza border in the southern Gaza Strip

He continued: “I should say that Moscow speaks absolutely sincerely and publicly about the need for an early resumption of the direct dialogue between the Palestinians and Israelis on the basis of relevant international decisions.

“In this regard, our leadership invited the leaders of Palestine and Israel [to hold a meeting in Russia] to launch such a dialogue without preconditions.

“The Russian proposal remains ‘on the table’.”

The nations of Israel and Palestine have been waging conflict against each other for over 50 years.

Five Palestine airstrikes on Israel have been confirmed this year alone.

Tensions in the region have only risen since Donald Trump chose to relocate the US’s embassy from Tel Aviv to Jerusalem. 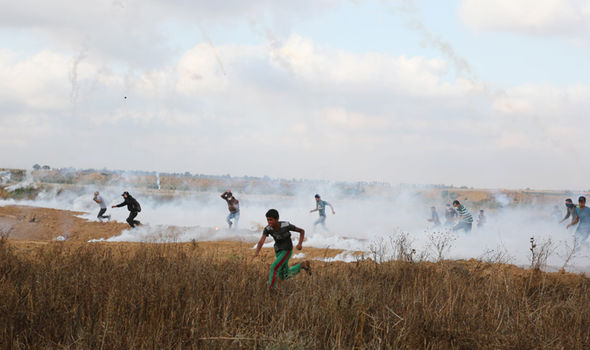 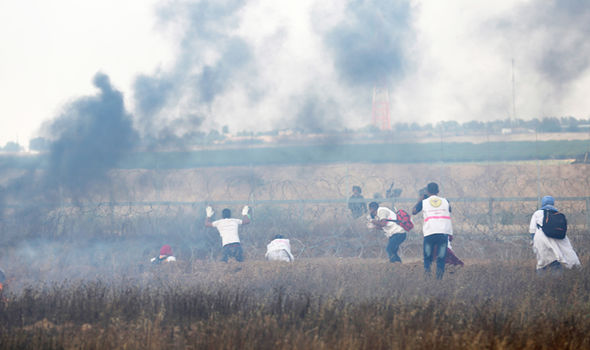 The Republican firebrand’s move defied years of American policy in the region.

A total of 60 Palestinians were killed by Israeli forces on the day Mr Trump related the US embassy.