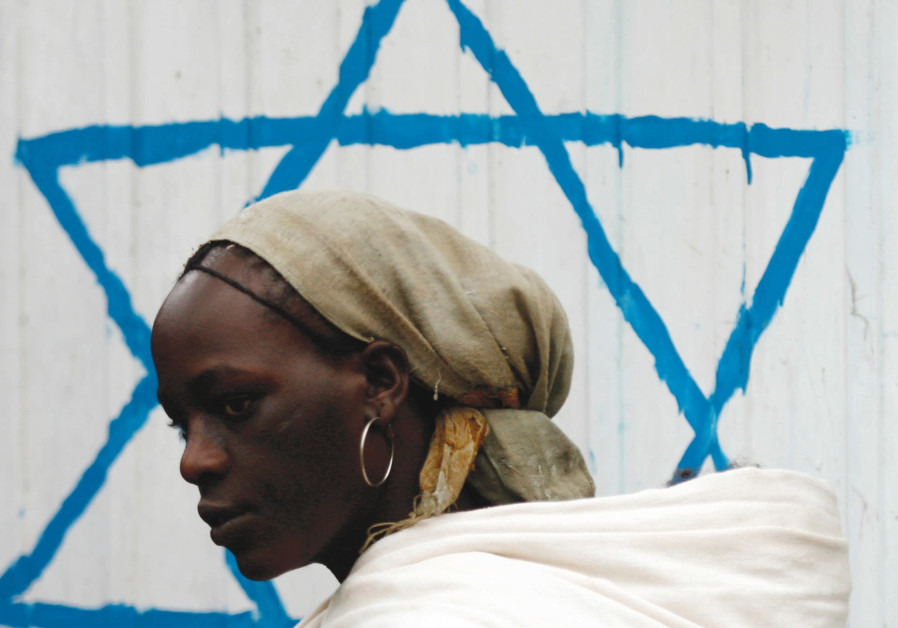 During the formation of Israel in the late 1940s, hundreds of Jewish women were branded as enemies for marrying Arab men, resulting in exclusion, isolation, and in some cases murder, according to stories buried in the country’s archives.

The histories of the “lost” Jewish women — those who married and assimilated into Arab culture — have been revealed by Israeli newspaper Haaretz, which details the cruel treatment they faced from their own community, including “harsh opposition from home, ostracism, labeling, and opprobrium and social alienation.”

Hanania Dery, chief rabbi of Jaffa at the time, traveled to refugee camps in the newly occupied Palestinian territories to search for Jewish women who had married Arab men and converted to Islam.

He reportedly discovered about 600 Jewish women living in Hebron, Nablus, Gaza City, Khan Yunis and East Jerusalem, and encouraged them to return to their Jewish roots.

The subject of interfaith marriage has long been a taboo subject in Israel. Idith Erez, a graduate student in the Israel Studies department at the University of Haifa, has detailed the plight of the “lost” women, and their treatment at the hands of authorities and underground paramilitary groups.

She said two of her own relatives married Arabs, and “the responses in the family ranged from acceptance and reservations to total rejection.”

Erez was warned by colleagues about the lack of material on the subject. She discovered Jewish references to relationships between Jewish women and Arab men from 1917 to 1948, but found that “writers sought to play down the ‘forbidden stories’.”

Erez said: “One can assume that what was perceived as a family or personal stigma, or as national shame, was excluded from the collective memory, relegated to the warehouse of the darkest secrets and remained hidden there.”

But she found stories hidden away in newspapers, and also detailed records of surveillance operations targeting the “lost” women.

Archives from underground Zionist organizations — including Haganah, Lehi and Irgun — revealed that the women were viewed as a threat to the Jewish community, and were targeted as potential spies.

One notable case is detailed in a report sent by a Haganah member to the organization’s intelligence branch in 1942. He outlines a plan to deploy a Jewish woman to spy on senior Arab figures.

“I am thinking this week of getting in touch, to obtain information, with a Sephardi girl from Tiberias who has intimate relations with Kamal Al-Hussein. He likes to waste a lot of money on her,” the member wrote.

The stories discovered by Erez share one common feature: The hostile attitude of Jewish society toward the relationships.

“The phenomenon was perceived as a threat to the resurgent Jewish collective in Israel, as crossing a national and religious border and as the violation of a social taboo,” she said.

“These relationships were seen as the ultimate threat, serious and significant. They were perceived as having the potential to turn the Yishuv (Jewish community) into a Levantine society, to bring about religious conversion and assimilation into Arab society.”

Many Jews saw interfaith relationships as a deviation from the norm, and the women involved as “whores”, “traitors”, “enemies of Israel” and a “national disgrace,” Erez said.

“Ostracism, denunciation and shaming gave way to violence in the family and violence perpetrated by security organizations,” Erez said, adding that some women were even murdered.

Esther K. and Mahmoud Al-Kurdi first met in a Jerusalem cafe that the latter owned, and soon fell in love and married, despite not receiving parental agreement.

Their case went to court, where Esther was told to return home. She told Al-Kurdi: “Never mind, a few months will go by, I’ll turn 18 and come back to you, my dear.” It then emerged that she had fallen pregnant and was forced to have an abortion.

Al-Kurdi said following the case: “I loved her so much. I would do anything for her. People are cruel. Why are they trying to take my blood from me?”

Chaya Zeidenberg, 22, whose Arab lover was Daoud Yasmina, was murdered in early 1948 by Lehi.

In a statement, the paramilitary group accused her of “treason against the homeland and the Jewish people and of collaborating with Arab gangs.”

Lehi members raided Zeidenberg’s apartment and drove her to an unknown location, where she was interrogated and shot dead.

She was buried without her surname on the headstone. The local Jewish burial society registered her as a “spy.”

Erez said of her research: “The women involved were opinionated and strong, unwitting feminists who were ahead of their time and defied the social order, the mechanisms of regimentation and the establishment’s balance of forces.

“They ignored public opinion and the Zionist ethos, which expected the Hebrew woman to nullify her personal yearnings and serve as a ‘sacrifice,’ if needed, on the altar of the nation.

“The steep price paid for maintaining a relationship with an Arab man did not keep them from conducting the relationship.

“These women did not flinch from harsh reactions, and they saw no contradiction between their choice of an Arab man and their national loyalty or religious affiliation.”