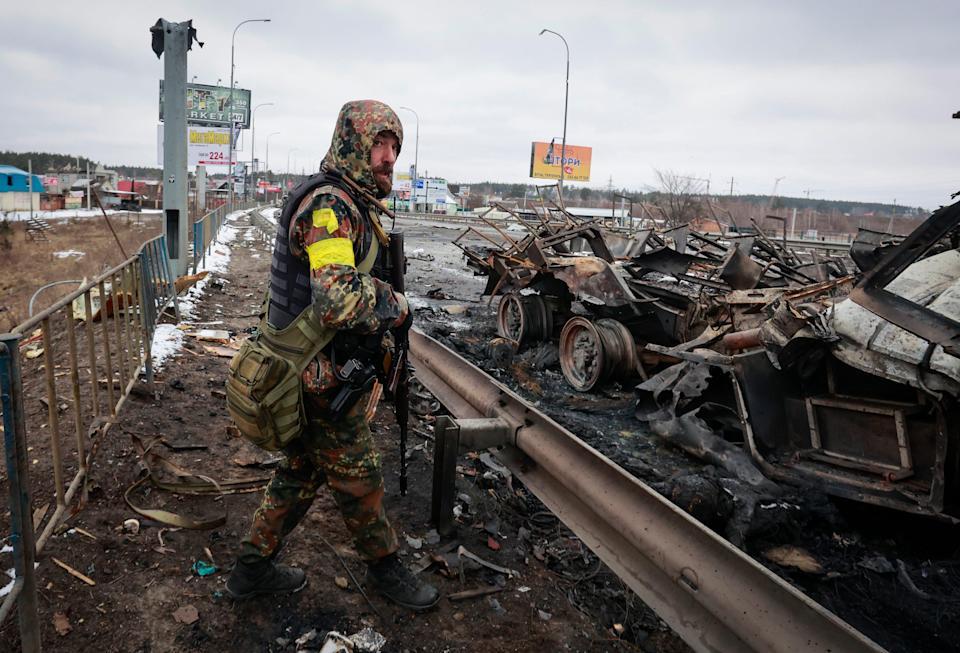 Is NATO to blame for the Russian invasion of Ukraine?

During the Cuban Missile Crisis, leaders of the U.S. and the Soviet Union engaged in a tense, 13-day political and military standoff in October 1962 over the installation of nuclear-armed Soviet missiles on Cuba. A similar situation occurred in the past decennia: years of flirting with NATO and growing anti-Russian rhetoric from Kyiv towards Moscow resulted in a full-scale invasion in a last desperate move to topple the pro-Western regime and install a new ally on its border. Who is really to blame?

By Arthur Blok & Nikola Mikovic
The world held its breath almost sixty years ago when Soviet nuclear missiles in Cuba were discovered on Cuba. It set off one of the most acute crises of the Cold War, and it was one of the most dangerous standoffs in modern human history.

The idea of having nuclear arms at the border of the U.S. frightened the whole western world.

Russian President Vladimir Putin surprised friend and foe last month when he played the nuclear card last week after some bloody days in his invasion of Ukraine. “Whoever tries to interfere with us should know that Russia’s response will be immediate and lead you to such consequences as you have never experienced in your history,” Putin said.

In a meeting with his long-serving Defence top and military strategists, Putin ordered to put Russia’s nuclear forces on a “special regime of combat duty alert.” He meant that the world’s deadliest weapons should be prepared for a possible launch, or at least for the world to think so. His Foreign Affairs Minister Sergey Lavrov recently took it up a notch and repeated the threat in his wordings.

Global dimensions
The invasion of Ukraine has taken on global dimensions, even though up until now, the Ukrainians and a handful of foreign fighters are the only ones fighting Russian forces on the ground.

However, the Biden Administration has not taken Putin’s bait. It has responded relatively relaxed to Moscow’s nuclear provocations in the past weeks. Many European leaders, in their turn, saw Putin’s threat as a distraction designed to divert the world’s attention and raise heart rates.

It looks more like a sign of weakness than strength for the time being. That goes without saying. The fair question is, how did Ukraine end up to where it is now? Is it their fault, or could the current situation in the Eastern European country be a product of a broader geopolitical deal between the Kremlin and its (former) “dear Western partners”?

The West has led Ukraine down the so-called primrose path, whether one likes it. Instead of neutralizing Ukraine from this geopolitical conflict with Russia in the past decennia, it pushed Kyiv to provoke Moscow.

Instead of building a solid central European state between Russia and the EU, or better said, between Russia and NATO countries, it did the opposite. NATO allies did not opt to build a strong state and economy. Instead, the dominant Western power block used their Ukrainian allies to provoke Moscow.

NATO has been encouraging Kyiv to play it tough with Moscow for years. Dangling a carrot as if they could ultimately become part of the West. A dangerous assumption that Putin or any other Russian president would have never accepted.

However, over the years, the Kremlin has been claiming that it recognizes Ukrainian sovereignty – not including Crimea, though – and even insisted that the Donbas should return under Kyiv’s control.

In late February, Russian officials suddenly changed their rhetoric. They insist now that Ukraine should be demilitarized and “denazified” – a process expected to be quite the opposite of the “de-Russification” that has been going on since 2014.

The Kremlin will have to establish complete control over the former Soviet republic to implement such a plan, which means installing a pro-Russian puppet government in Kyiv. Given fierce Ukrainian resistance on the ground, it may take months for Russia to achieve such a goal. Sanctions that the West imposed on Moscow will affect the Russian economy, and it is somewhat questionable if the Kremlin can afford to fight a protracted war.

Unless the war in Ukraine is part of a broader geopolitical behind-the-scenes deal between Moscow and Washington, it will be tough for Russia to come out as a winner. The very fact that Pentagon and Russia’s Defence Ministry have established a hotline suggests that the conflict will likely be carefully coordinated between the Kremlin and its American colleagues. But at this point, it remains highly uncertain what the final result of the Ukraine tragedy will be.

Volodymyr Zelensky
Instead of willingness to compromise with Moscow, Ukraine’s newly elected president, Volodymyr Zelensky, chose a hard line with his Russian counterparts, encouraged by his so-called NATO friends. Despite analysts' warnings, if he continued on this path, the country would be wrecked in the end.

That is precisely what is happening right now. Another western strategic failure with long-lasting bloody consequences. It would have been in everyone’s interest to nip the crisis in the bud. Ukraine, Europe, Russia, and NATO benefitted from that.

Unfortunately, the opposite happened. Whoever burns his seat is bound to sit on the blisters.

By Arthur Blok - 6 days ago
The world is changed by your example, not by your opinion. With this quotation from Paulo Coelho, a Brazilian lyricist and novelist, British-Syrian author Samie Al-Achrafi introduces a chapter on conscious leadership in his bestselling book #Time4Humanity. A rather unusual but must-read book for every individual who wants more out of life but does not […]
Read story