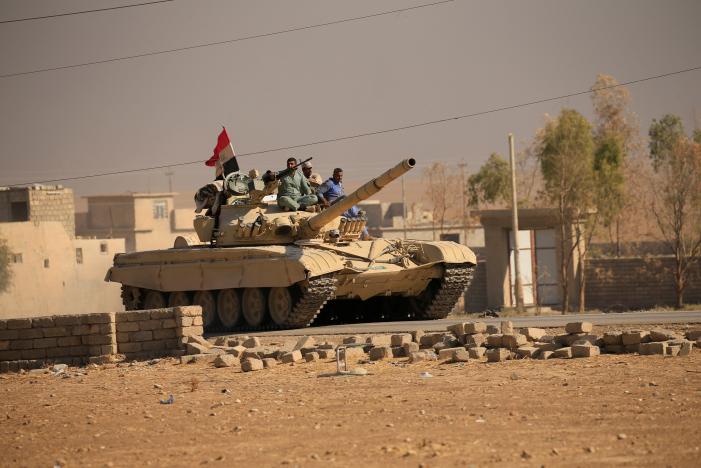 “Investigations into the targeting of some Popular Mobilisation Forces positions indicate that Israel carried it out,” Al Jazeera quoted Abdul Mahdi as telling it.

The Shi’ite militias, known as the Popular Mobilisation Forces, have repeatedly blamed Israel for raids by unmanned aircraft on their bases and weapon depots, including at least two incidents where fighters were killed. The United States has provided air support, they say.

Israel has so far declined to comment officially but Israeli Prime Minister Benjamin Netanyahu hinted last month of possible Israeli involvement. The Pentagon denied that U.S. forces were involved in the attacks.

Abdul Mahdi, who visited Saudi Arabia last week, also told Al Jazeera he believed the kingdom was looking for peace, in reference to heightened friction between Riyadh and Tehran following an attack on Saudi oil facilities for which Saudi Arabia and the United States blamed Iran.

The resolution of the Yemen crisis may be the key to solving problems in the Gulf, Abdul Mahdi said. Saudi Arabia, which backs the internationally recognized Yemeni government, is locked in a war against the Iran-aligned Houthi militia in the country. Iran and Saudi Arabia are ready to negotiate, Abdul Mahdi said.