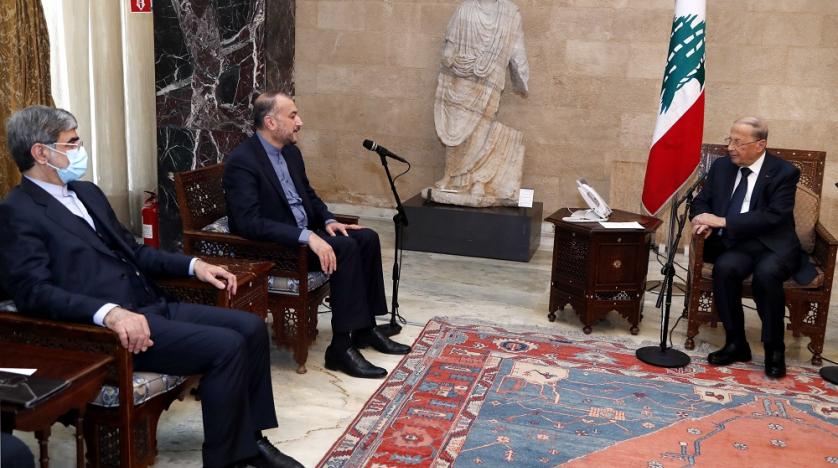 The meeting with Aoun at the Baabda Palace was attended by the accompanying Iranian delegation, the Presidency said.

A Hizbullah statement meanwhile said that Abdollahian and Nasrallah discussed “the latest situations and political developments in Lebanon and the region.”

The Iranian delegation and Iranian Ambassador to Lebanon Mohammad-Jalal Firouznia attended the meeting with Nasrallah.

Abdollahian had arrived Thursday in Lebanon after which he held talks with Speaker Nabih Berri.