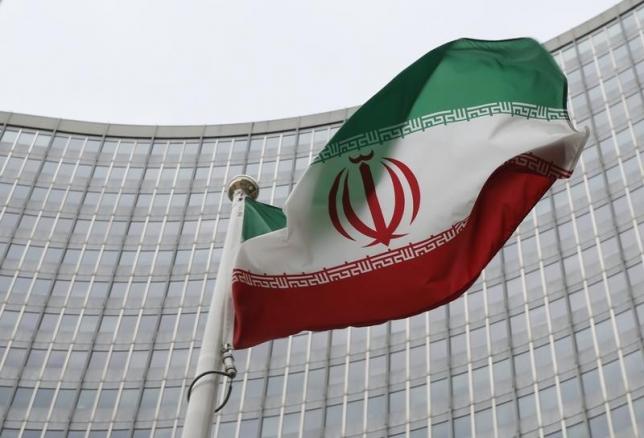 A draft bill requiring Iran’s government to pursue uranium enrichment of 20%, and to disregard other restraints put on its nuclear programme by an accord reached with foreign powers in 2015 cleared its first hurdle in parliament on Tuesday.

The legislation was proposed in the wake of the assassination of a top nuclear scientist on Friday, and the hardline-dominated parliament cleared the draft on the first reading in a session broadcast live on state radio.

The bill still has to be approved in a second reading and endorsed by a clerical body before it becomes law.A senior Iranian official said on Monday an opposition group was suspected of complicity with Israel in the killing of nuclear scientist Mohsen Fakhrizadeh, an attack that has raised the prospect of heightened tensions between Tehran and its longtime enemy.

Parliament has often demanded without much success a hardening of Iran’s position on the nuclear issue in recent years.

Iran has already breached limits in its nuclear deal with world powers to protest at a U.S withdrawal from the accord. The maximum fissile purity to which it has enriched uranium has remained around 4.5%, above the deal’s 3.67% cap but below the 20% Iran has achieved before and the 90% required for a nuclear bomb.

Earlier a senior Iranian official had said on Monday an opposition group was suspected alongside Israel in the killing of a prominent Iranian nuclear scientist, an attack that has raised the prospect of a new standoff between Tehran and its longtime enemy.

Iran’s English-language Press TV reported the weapon used in Friday’s killing of Mohsen Fakhrizadeh was made in Israel.

“The weapons collected from the site of the terrorist act bear the logo and specifications of the Israeli military industry,” an unnamed source told Press TV.

In Jerusalem, there was no immediate reply from Israeli officials contacted for comment on the report.

Speaking before the Press TV report, Israeli intelligence minister Eli Cohen told radio station 103 FM he did not know who was responsible.

Fakhrizadeh, who had little public profile in Iran but had been named by Israel as a prime player in what it says is Iran’s nuclear weapons quest, was killed on Friday when he was ambushed on a highway near Tehran and his car sprayed with bullets.

Ali Shamkhani, Secretary of the Supreme National Security Council of Iran, told state TV: “This was a very complicated assassination that was carried out remotely with electronic devices.”

“We have some clues but surely the ‘Monafeghin’ group was involved and the criminal element behind it is the Zionist regime (Israel) and Mossad,” he added, referring to Israel’s foreign intelligence service.

“Monafeghin” is a term officials employ to refer to the Paris-based National Council of Resistance of Iran (NCRI), a bloc of opposition groups in exile that seek an end to Shi’ite Muslim clerical rule.

The NCRI, in a statement, rejected Shamkhani’s accusation.

CEMETERY
Fakhrizadeh was buried at the Emamzade Saleh mosque in northern Tehran on Monday, state TV reported, as the defence minister promised the Islamic Republic would retaliate for his killing. Iran’s clerical and military rulers have blamed Israel for Fakhrizadeh’s killing.

Iran’s semi-official Fars news agency said on Sunday that Fakhrizadeh had been killed by a machine gun operated by remote control, while the Arabic language Al Alam TV reported the weapons used in the attack were “controlled by satellite”.

When asked about potential Iranian reprisals, Cohen told radio station 103: “We have regional intelligence supremacy, and on this matter we are prepared, we are increasing vigilance, in the places where that is required.”

Iran’s hardline Kayhan daily, whose editor-in-chief is named by Supreme Leader Ayatollah Ali Khamenei, in an opinion piece on Sunday called for an attack on the Israeli port city of Haifa, if an Israeli role in Fakhrizadeh’s killing is proven.

However, Iran’s rulers are aware of daunting military and political difficulties in attacking Israel. Such an attack would also complicate any effort by U.S. President-elect Joe Biden to revive detente with Tehran after he takes office on Jan. 20.

Tensions have increased between Tehran and Washington since 2018, when U.S. President Donald Trump quit the 2015 nuclear deal between Iran and six powers and reimposed sanctions that have crippled Iran’s economy.

In retaliation, Tehran gradually breached the deal’s curbs on its nuclear programme. Biden has said he will return the United States to the deal if Iran resumes compliance.

Tehran has always denied seeking nuclear weapons. Israel is widely believed to have the Middle East’s only nuclear arsenal, although it will neither confirm nor deny this.