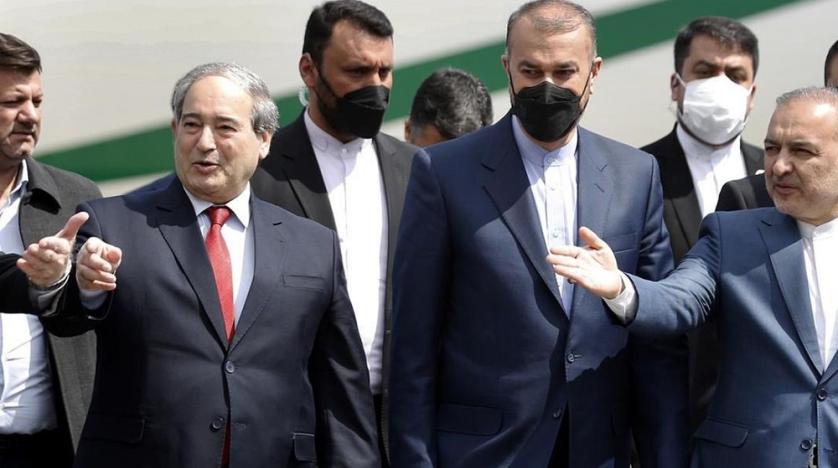 The foreign ministers of Iran and Syria, two allies of Russia, will discuss the war in Ukraine and other developments during a meeting in Damascus on Wednesday, Syria's foreign minister said.

Iran is a strong ally of President Bashar Assad and has sent thousands of Iran-backed fighters from around the region to bolster Syrian government forces against opponents in the 11-year Syrian conflict. Russia has also supported Assad militarily, turning the tide of the war in his favor. The Syria war has killed nearly half a million people and displaced half the country's pre-war population of 23 million.

During his visit, Amir-Abdollahian is also likely to discuss the latest developments in Iran's negotiations to restore Tehran's nuclear deal with world powers, Assad's visit to the United Arab Emirates last week, which marked his first to an Arab country since the Syria war broke out, and meetings of the constitutional committee in Geneva between the Syrian government and opposition.

Amir-Abdollahian said in Farsi that strategic relations between Iran and Syria are at their best. He later made a rare comment in Arabic, saying: "We are in the same trench, and we support Syria's leadership, government and people."

Like Iran, Russia a strong ally of Syria and joined the war in 2015, which helped Assad's forces regain control of much of the country. Russia has hundreds of troops deployed in Syria and an air base on the Mediterranean coast.

Nuclear negotiations nearly reached completion earlier this month before Moscow demanded that its trade with Iran be exempted from Western sanctions over Ukraine, throwing the process into disarray. Negotiators have yet to reconvene in the Austrian capital, and its unclear exactly what hurdles lie ahead.

Amir-Abdollahian's visit also comes two weeks after two members of Iran's Revolutionary Guard were killed in an Israeli strike near the capital Damascus.

Days later Iran claimed responsibility for a missile barrage that struck near a sprawling U.S. consulate complex in northern Iraq, saying it was retaliation for repeated Israeli strikes in Syria. The Revolutionary Guard said it fired off 12 cruise missiles at what it described as a "strategic center" of the Israeli spy agency Mossad, a claim denied by Iraqi officials.