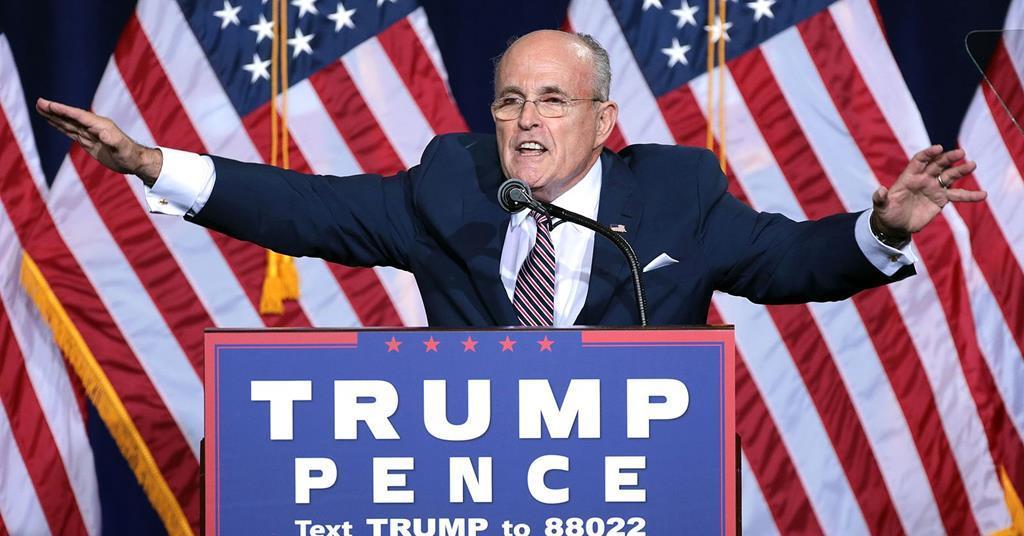 Iran on Saturday sanctioned 24 Americans, including former U.S. generals and former Trump lawyer Rudy Giuliani, amid ongoing discussions to revive a nuclear deal between the West and Iran.

Iran’s Ministry of Foreign Affairs said in a release the 24 individuals were involved with “terrorist acts” and human rights violations while accusing them of depriving Iran of medical supplies and supporting economic punishments against the Iranian people.

The ministry also said the individuals were “financing and supporting terrorist groups and terrorist acts” against the Palestinian people in Israel.

Palestine has clashed sometimes violently with Israel over border disputes in the West Bank, Gaza and East Jerusalem in the Middle East.

Giuliani’s inclusion on the list means he joins former President Trump and a slew of other officials under the former president’s administration sanctioned by the country.

The U.S. and Iran for months have been holding indirect talks in Vienna to hammer out a new Joint Comprehensive Plan of Action pact, otherwise known as the Iran nuclear deal, which Trump scrapped in 2018.

While officials have increasingly signaled a new deal is around the corner, there has yet to be a final agreement put on the table. A new deal will likely lift economic sanctions on Iran imposed by the U.S. in return for an agreement that Iranian officials do not enrich uranium to produce nuclear weapons.

On Thursday, Iran’s foreign ministry tweeted that the department’s minister and other Iranian officials were committed to agreeing on a new deal but said the “US side must act realistically instead of making excessive demands and hampering the negotiations.”

In the U.S., some lawmakers, including House Democrats, are also growing increasingly concerned with the status of the talks and the lack of transparency from the Biden administration on a potential new nuclear deal.