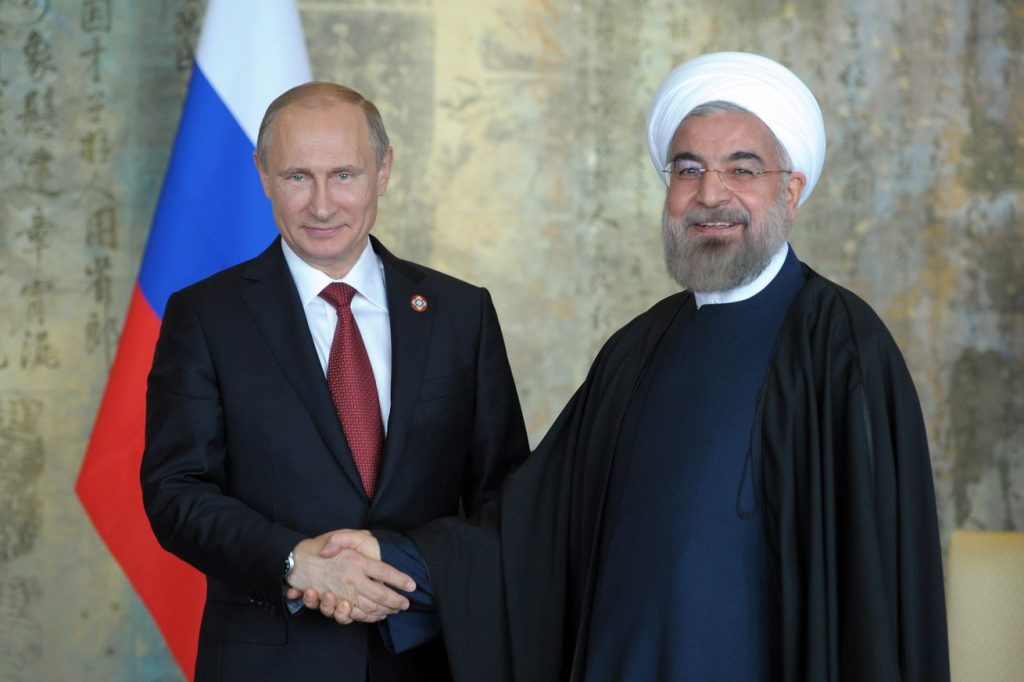 After having concluded a $400 billion strategic deal with China Iran now aims to sign a long-term partnership agreement with Russia. From the Islamic Republic’s perspective, good relations with Moscow and Beijing, as well as possibility to expand economic cooperation with the two countries, will help Iran to easier cope with the US sanctions and also to avoid the international isolation that Washington is trying to impose.

By Nikola Mikovic
According to Iranian Foreign Minister Javad Zarif, who recently met with his Russian counterpart Sergey Lavrov, “a long-term deal with Russia is on the agenda”. It is worth remembering that Moscow and Tehran already signed a long-term deal in March 2001, and it expires next year.

In spite of the agreement on strategic partnership, Russia refused to sell S-300 to Iran in 2010, bending to pressure from the United States and Israel. Last year, Moscow also refused to provide Iran with an S-400 missile system, even though this request allegedly came from the very top of the Iranian political leadership. Kremlin officials explained that “the sale would stoke more tension in the Middle East.”

In other words, Russia tried to avoid any confrontation with major Western and regional powers over this very sensitive matter. On the other hand, the Kremlin did not hesitate to provide this weapon system to the NATO member state Turkey. In any case, it remains to be seen if Russia will once again fail to supply arms to Tehran, or if it will ignore the US calls to respect the international embargo against Iran.

With or without Russian weapons, Iran, on the other hand, will likely continue to effectively wage hybrid wars in the Middle East and also tend to preserve the Shiite Tehran-Beirut bridge. The Islamic Republic, unlike other Russian “partners” and “allies”, is not in a position to heavily depend on Russian military and economic support, nor does it depend on Russian oil and gas.

Over the years, Iran developed its own military industrial complex, as well as a relatively self-sufficient agricultural system, which means it does not critically depend on food import either. Thus, Tehran seems to be prepared for a long period of sanctions and isolation, although at the same time it is trying to avoid such a worst case scenario by signing agreements with Russia and China.

Although the Western media tend to portray Russia as the Iranian ally and a strategic partner, the two counties have a long history of wars, disputes and mistrust. Also, they were quite often on opposite sides during major crisis they faced. For instance, during the Iran-Iraq war 1980-1988, the USSR supplied Saddam Hussein with large amounts of conventional arms, while throughout the 1990s and in the following decades, Russia abandoned Iran at every juncture whenever its interests have required it.

The Kremlin
The Kremlin has historically used Iran as a counterweight or source of leverage to balance its relations with Western powers, particularly Washington. For instance, Russia did not hesitate to vote in favor of all six resolutions passed at the UN Security Council against Iran from 2006 to 2010. Also, in May 2019 Russian President Vladimir Putin stated that Moscow “is not a fire brigade, and cannot save just everything,” implying that Russia cannot help Iran in its tensions with the US.

The coronavirus has brought many changes to world politics, which means that it is not impossible for Russia to change its policy regarding Iran, and to form a sustainable alliance with Tehran, although at this point such an option does not seem very likely. Given the fact that Russia is still heavily dependent on the West, especially in terms of economy, it is not very probable that the Kremlin will risk facing more sanctions over its close ties with Tehran.

Finally, the very fact that Russia, to this day, refuses to protect Syria from constant Israeli air strikes, is a clear indication that Moscow will likely keep making concessions to the West, which means that, in case of an unlikely major war in the Middle East, Iran cannot count on full Russia’s support.

Nikola Mikovic is a Serbian journalist and a senior Geopolitical Analyst.

One comment on “Iran-Russia's long term deal: another 20 years of mistrust?”