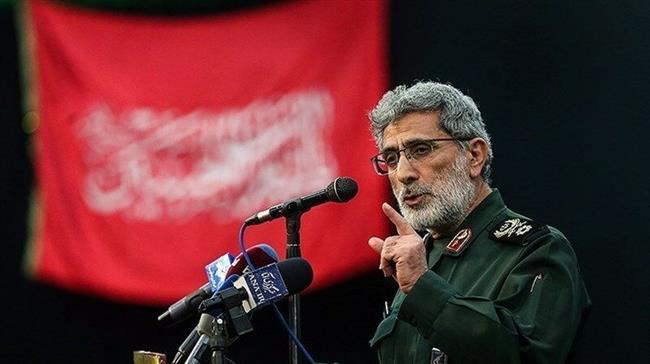 Iran is intervening in Iraq to quell destabilising internal unrest stirred up by Iranian-backed militias. The actions come as Tehran seeks to preserve its deep influence in the country while also navigating tense negotiations over its nuclear ambitions with the United States.

A particularly high-level intervention came last month, hours after an attack on the Iraqi prime minister’s residence that some officials in Baghdad blamed on Iran-backed groups.

One of Tehran’s most senior military commanders, Brigadier General Esmail Ghaani, rushed to Baghdad, according to militia officials, Iraqi politicians close to the militias, Western diplomats and an Iraqi security source familiar with the talks. Ghaani had a message for pro-Iranian militias refusing to acknowledge initial results of Oct. 10 parliamentary elections in which Shi’ite Muslim cleric Moqtada al-Sadr, a populist candidate opposed to Iranian influence, was the top vote-winner. Ghaani’s message: Accept the result.

Ghaani, the commander in Iran’s elite Islamic Revolutionary Guards Corps (IRGC) who heads its foreign military operations, told the leaders of two militias that petty politics was threatening the power of Iraq’s ruling Shi’ite majority, through which Iran exerts its influence, according to the people familiar with the meeting.

The Nov. 7 armed drone attack on Prime Minister Mustafa al-Kadhimi’s residence marked a dramatic escalation in tensions that had been building over recent months between competing Shi’ite groups. Kadhimi has aligned himself with Sadr. The Fatah parliamentary bloc of factions linked to pro-Tehran militia suffered a major defeat at the election, losing dozens of seats.

During a terse meeting at the office of a veteran Iran-backed politician in Baghdad, Ghaani berated the two leaders of major Iran-backed militia groups, accusing them of handling the fallout from the election badly. The meeting was described to Reuters by one of the militia officials, who has direct knowledge of the encounter, as well as two politicians closely affiliated with the militias and who were briefed on the meeting. Ghaani, who was accompanied by a small team, told both militia heads to get their supporters and militants under control, the official and two politicians said.

“The Iranians were furious,” the militia official said. He added that one Iranian official asked: “Do you want a Shi’ite civil war?” The official declined to identify the Iranian who made those remarks.

Five other militia officials, two Western diplomats and the Iraqi security official who were briefed on the meeting said Ghaani led the proceedings. These sources all gave similar accounts, saying Ghaani told the Iranian-backed groups to stop fuelling unrest in Iraq.

Reuters also didn’t receive replies to questions addressed to Ghaani sent via the Iranian government and IRGC. Iranian state media have reported that Ghaani visited Iraq following the attack, but provided few details of his activities there.

The Iraqi prime minister’s office did not respond to a request for comment.

The previously unreported account of Ghaani’s mission to Baghdad is one of several interventions by Iran over the past year aimed at preventing spiraling violence between competing Shi’ite groups, which risks undermining Iran’s influence in neighboring Iraq and destabilising the region. Iran’s militia allies have also been responsible for attacks on American assets in Iraq.

The intra-Shi’ite tensions in Iraq come as an unwelcome distraction for Tehran as it holds indirect talks with Washington about reviving a 2015 nuclear deal. That pact, which was torn up by former U.S. President Donald Trump, gave Iran relief from economic sanctions in return for limiting its nuclear program.

The visit provides a rare insight into the Iraq-related activities of Ghaani, who heads the Quds Force, the arm of the IRGC that controls its allied militias abroad.

He took over the role in January 2020 after the United States assassinated his predecessor Qassem Soleimani in a drone strike during a visit to Baghdad. Ghaani’s tenure has been marked by increasing efforts to control the militias. Previously, Iran had a relatively easier time directing its proxies in Iraq, according to the militia officials, Iraqi politicians close to the militias, Western diplomats and an Iraqi security source.

Tehran’s military and political allies in Iraq mostly began as paramilitary groups funded and trained by Iran and later developed political wings. They now operate as heavily-armed hybrid military-political groups that control parts of Iraq’s economy and state institutions. That power has emboldened some militia leaders to act more independently of Tehran, Iraqi officials say. Some militia commanders privately complain that Ghaani lacks the charisma and command of Arabic of his predecessor.

The leaders Ghaani met with were Hadi al-Amiri, a longtime Iranian paramilitary ally, and another political-military leader, Qais al-Khazali, according to the militia official with direct knowledge of the meeting and the two politicians close to militias.

The offices of Amiri and Khazali did not respond to requests for comment. Amiri has publicly condemned the attack. Khazali has blamed unidentified actors.

Tensions have continued to simmer among competing Shi’ite groups in recent weeks. The Iraqi judiciary is expected to ratify election results in coming days, which could fuel resentment. Another important test for Iran’s ability to keep tensions in check could come after Dec. 31, when one militia group, called Kataib Sayyid al-Shuhada, has publicly called on those opposed to a U.S. presence in Iraq to prepare for confrontation. The U.S. military has condemned attacks by Iran-aligned militias against its forces and Washington has said it reserves the right to respond to any deadly attacks.

Shi'ite groups have dominated Iraqi politics since the U.S.-led invasion of 2003 that toppled Sunni dictator Saddam Hussein. They span an array of Shi’ite parties, most with armed wings, but fall broadly now into two camps: those that are pro-Iran and those that oppose Tehran’s influence in Iraq.

Iraq’s main political parties are currently in talks about forming a coalition. Sadr, the Shi’ite cleric whose bloc won the most parliamentary seats, said he would ally himself with whoever puts Iraq’s national interests, such as providing services for the population, first. That is an indication, Iraqi officials and Western diplomats say, that he may exclude some Iran-backed groups in favour of Kurdish and Sunni parties.

“The Iranians are finding it increasingly difficult to control allies who have their own interests and who won’t be told no for an answer,” said Toby Dodge, a professor at the London School of Economics.

Tensions have flared over the past year or so, in particular around the recent election as groups jostled for power.

Following the Nov. 7 attack, Ghaani also met in Baghdad with the chief of Iraq’s state paramilitary forces, which are dominated by Iranian proxy groups, according to the two politicians close to militias. The politicians said that Ghaani gave the commander, Abdul Aziz al-Mohammedawi, a longtime Iran-backed operative, the same message: Get the militias under control.

Mohammedawi’s office did not respond to questions about the meeting.

Iranian officials have intervened in attempts to calm intra-Shi’ite tensions on other occasions, including in the runup to the elections.

Sadr had in July announced he would boycott the vote, claiming that unspecified enemies were trying to destabilise Iraq and blame it on him.

A representative in Sadr’s political office declined to comment.

“This worried Iran,” said Iraqi politician Abdul Karim al-Moussawi, who is member of the Fatah coalition. “Sadr has always participated in Shi’ite governing alliances, and his refusal to take part in the political process would have shaken things up, caused more instability.”

Iran’s intelligence minister at the time, Mahmoud Alavi, and Revolutionary Guards security chief Hossein Taeb, among other officials, met some of Sadr’s political team in Baghdad. Alavi and Taeb tried to persuade Sadr not to boycott the vote, according to an official in Sadr’s political office.

“Sadr decided to come back to avoid an escalation, after seeking the advice of Grand Ayatollah Ali al-Sistani,” Iraq’s most senior Shi’ite cleric, the official in Sadr’s political office told Reuters. “The Iranian mediation worked.”

Ghaani also visited Baghdad during two other crises in the past year, according to two of the militia officials and the two politicians close to the militia.

An Iraqi militia commander in the Iran camp confirmed that Iranian officials, whom he didn’t identify, had intervened to convince Sadr not to boycott elections.

Reuters didn’t receive responses to requests for comment addressed to Alavi and Taeb sent via the Iranian government and the Revolutionary Guards, respectively.