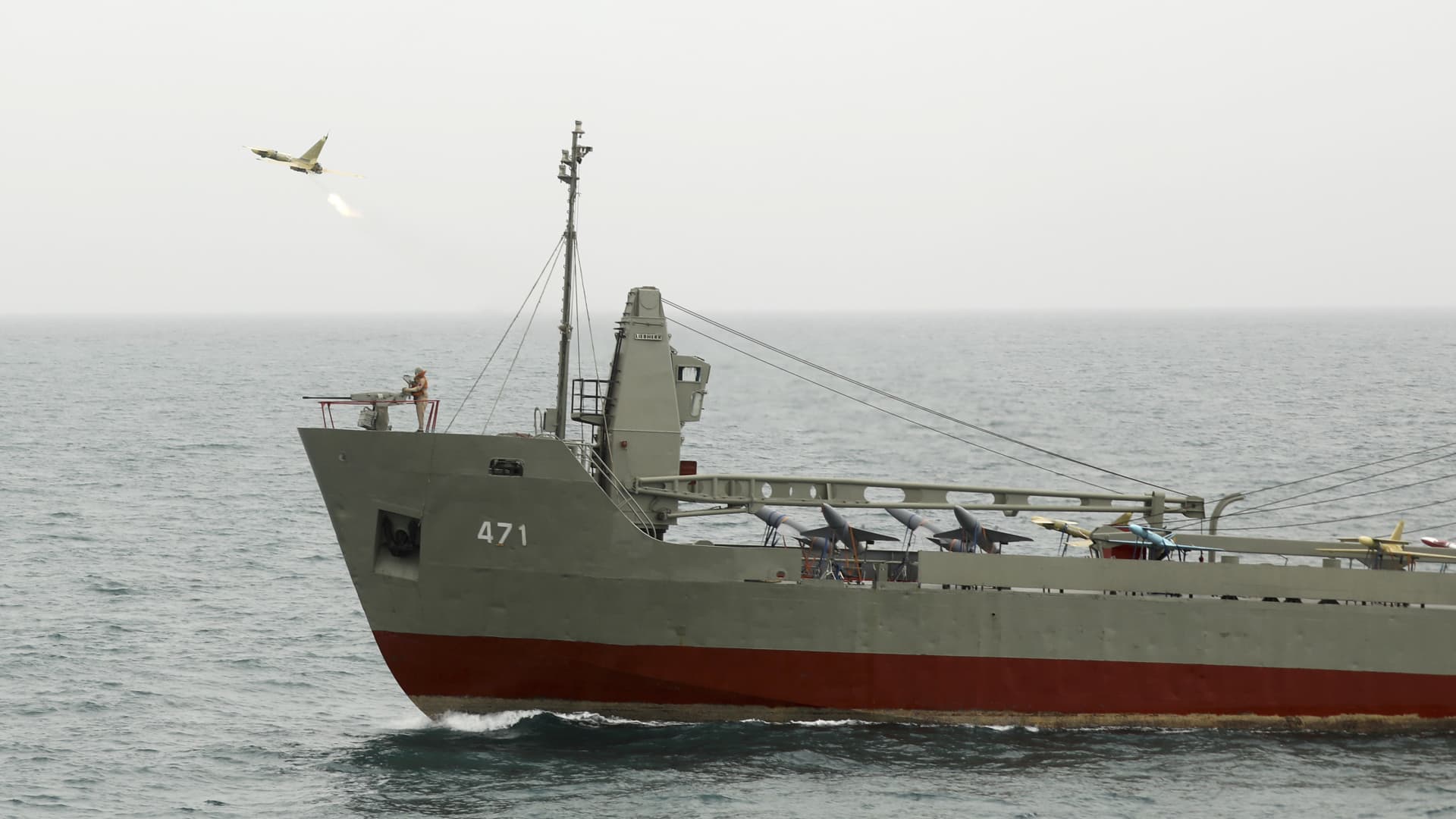 The United States and Israel, the sworn enemies of Iran, have previously accused the Islamic republic of using drones and missiles to attack U.S. forces and Israel-linked ships in the Gulf.

"The first drone-carrier division of the Iranian navy consisting of ships and submarine units carrying all types of drone for combat, detection and destruction has been unveiled," state television said.

"All types of the latest advanced drones produced by the military and the defense ministry have flown over the Indian Ocean's waters to demonstrate their capabilities," it added, showing images of drones taking off from a naval vessel.

The announcement comes as Biden undertakes his first presidential visit to Israel, where he and the Jewish state's caretaker Prime Minister Yair Lapid on Thursday signed a security pact reinforcing their common front against Iran.

"As we are aware of the aggressive attitude in the (United States') system of domination, it is necessary to increase our defensive capabilities day-by-day," Iranian army commander Abdolrahim Mousavi said on television.

"If the enemies make a mistake, (these drones) will present them with a regrettable response," he warned during the unveiling.

In October 2021, the United States imposed sanctions targeting Iran's drone program, accusing it of supplying the technology to its allies in the region, such as Lebanon's Hezbollah, the Huthis of Yemen and the Palestinian Islamist movement Hamas in the Gaza Strip.

In response, Iran's foreign ministry spokesman Nasser Kanani said "there has been no special development in that regard recently", without specifically mentioning drones.

Iran began developing its drone program in the 1980s during the Iran-Iraq war.