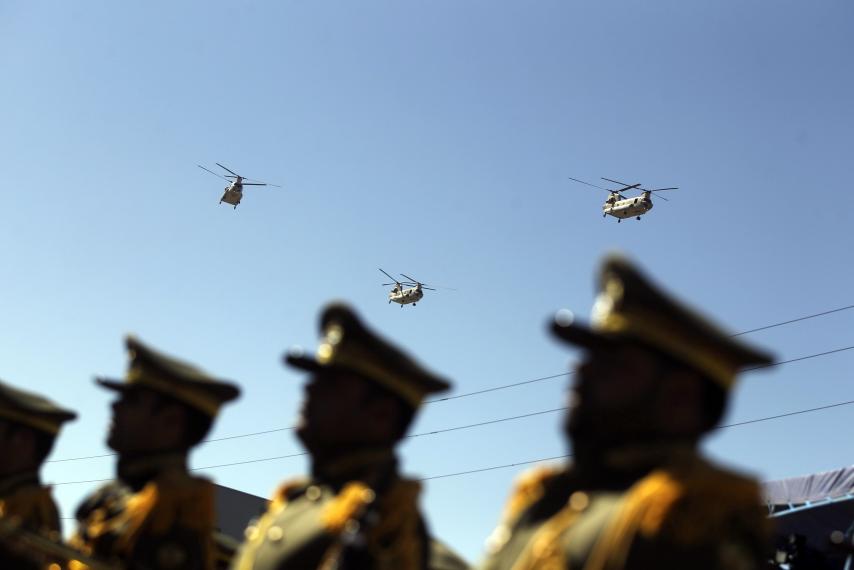 Iran designates US forces as terrorists

Iranian President Hassan Rouhani signed a bill into law on Tuesday declaring all U.S. forces in the Middle East terrorists and calling the U.S. government a sponsor of terrorism.

It was not clear what the impact of the new law might be on U.S. forces or their operations.

The law specifically labels as a terrorist organization the United States Central Command (CENTCOM), which is responsible for U.S. military operations in the Middle East and Afghanistan.

The United States has already blacklisted dozens of entities and people for affiliations with the Guards, but until Trump’s decision not the organization as a whole.

The long-tense relations between Tehran and Washington took a turn for the worse last May when Trump pulled out of a 2015 nuclear deal between Iran and six world powers, reached before he took office, and reimposed sanctions.

Revolutionary Guards commanders have repeatedly said that U.S. bases in the Middle East and U.S. aircraft carriers in the Gulf are within range of Iranian missiles.

Rouhani said on Tuesday that Iran will continue to export oil despite U.S. sanctions aimed at reducing the country’s crude shipments to zero.