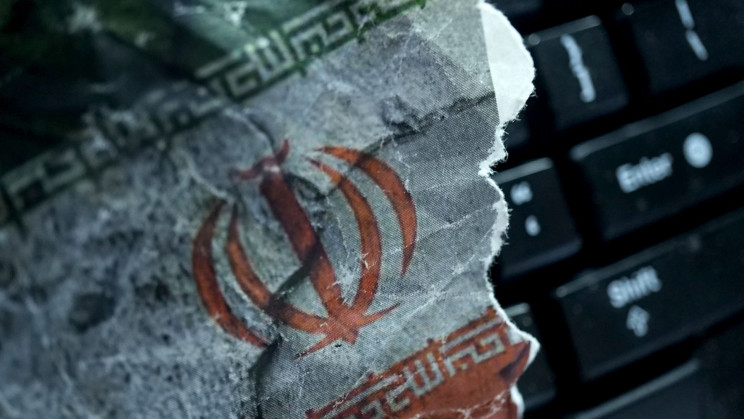 With the rebirth of the nuclear accord seemingly within reach, those who’d rather have war are turning their hysterics into overdrive.

Washington foreign policy circles heated up a bit in recent weeks with rampant speculation that the United States and Iran were on the verge of agreeing to terms on reviving the Joint Comprehensive Plan of Action nuclear accord that Donald Trump withdrew from in 2018.

While the mania has dialed down a bit as both sides appear farther apart than it seems they were just over a week ago, it’s worth noting that the frenzy was created solely by those who oppose Washington’s return to the JCPOA. And by “frenzy” I’m referring to a total barrage of lies, half-truths, misdirections, misleading claims, myth peddling, dishonesty, distortion, deception, fabrication and even a little bit of slander.

Iran hawks have to lie about the JCPOA because they know it’s unpopular, if even a bit taboo, to be completely up front about their preferred course of action: war to bring about regime change or collapse. The roots of this dynamic lie in two competing visions for U.S. policy toward Iran.

While JCPOA proponents believe that the regime in Tehran is bad and that Iranians would be better off with a more democratic one that doesn’t threaten to destroy its neighbors and respects human rights, generally their preferred method for achieving that end is more of a long game which includes chipping away at a key pillar of the Islamic Republic — anti-Americanism — and helping to create the conditions that would facilitate change by Iranians themselves.

Hawks, however, want regime change now, and the nuclear weapons issue provides the best pretext for justifying the war they need to achieve that end. Therefore, the reason they’re so hysterical about the revival of the Iran nuclear deal is because they know it works in preventing Iran from developing a nuclear weapon and thus avoiding their war.

This also explains why Iran hawks have no viable alternative to the JCPOA and their criticisms of it boil down to outcomes that were never achievable even under the most favorable diplomatic circumstances.

All that said, here’s a sampling of the absurdities JCPOA opponents have thrown out in recent weeks:

They’ve claimed that the Biden administration is giving Iran billions of dollars — perhaps even a trillion! — which will be then used to kill you. But of course President Biden isn’t handing Tehran a check for $500 billion in U.S. taxpayer money. What’s really happening here is just that Iran will be allowed to sell things again — like oil — without the threat of sanctions, and people outside Iran will pay for those things without the threat of sanctions.

When Iran hawks have tried to tackle the JCPOA’s substance, there’s hardly ever a discussion of what it actually does — like the myriad ways it prevents Iran from building a nuclear weapon as long as the deal is in place. Instead they have focused on what it doesn’t do — the aforementioned unachievable outcomes — like curbing Iran’s missile program and its support for its regional allies or … overthrow the regime.

The reason it doesn’t do any of those things is because it was never intended to. The JCPOA is and always has been narrowly focused on one issue: blocking Iran’s pathway to a nuclear weapon. That’s it. Many experts argue that the deal can then provide a basis on which good faith negotiations can take place to address these other difficult issues.

There’s also a critique of the deal that, at least on the surface, sounds as if it’s grounded in some kind of legitimate appraisal: that several key provisions of the JCPOA will “sunset” or expire soon. This is actually true. But, of course, JCPOA opponents then use that truth to suggest yet another lie that the entire deal sunsets in the near future. The key follow-on point to this is that there are also many important provisions of the agreement that do not sunset — like establishing an estimated six-month timeline that Iran would need to develop the nuclear fuel needed for one bomb should it choose to, and reimposing a constant and comprehensive monitoring of all its nuclear-related facilities by the International Atomic Energy Agency.

This sunset criticism is also particularly galling, because with regards to the policy that JCPOA opponents prefer, i.e. the one that Trump implemented and is currently ongoing, the sun has already set, as one National Security Council official recently put it. In other words, as it stands right now, and because of Trump’s withdrawal from the deal in 2018, there is nothing preventing Iran from moving closer to a nuclear bomb.

There are many other outlandish claims about the JCPOA that are almost too ridiculous to address, such as the charge that President Biden “intends to give a nuclear arsenal to Iran” or that he is “practically building a nuclear weapon for them,” and that Iran will “be allowed to assassinate former US officials,” or that “thousands of people will die,” or that it’s “more dangerous than the Cuban Missile Crisis.” Seriously, these are actual quotes from prominent deal critics.

Another whopper is the one where they actually blame President Biden for Iran advancing its program and amassing nuclear material beyond the JCPOA’s limits, as if Trump, acting on their urgings, never pulled out of the deal in the first place. Trump’s move, of course, handed Iran the pretext to then advance its program to the point where most experts believe it will have enough highly enriched uranium to produce a bomb within just a few weeks. Iran hawks don’t care about the hypocrisy of blaming Biden for the outcome of their own policy preference. They just need a reason to start a war.

These are merely just a few of the dozens if not hundreds of false and misleading statements that have been or will be made about the JCPOA since this debate began. (Groups like NIAC and J Street have also addressed the most serious of them)

It is an out-of-control firehose of lies that is meant to obscure the fact that the Iran nuclear deal is not only a great deal, but also one that will play a big role in averting another costly, devastating war in the Middle East, which is exactly what most, if not all, JCPOA opponents want.