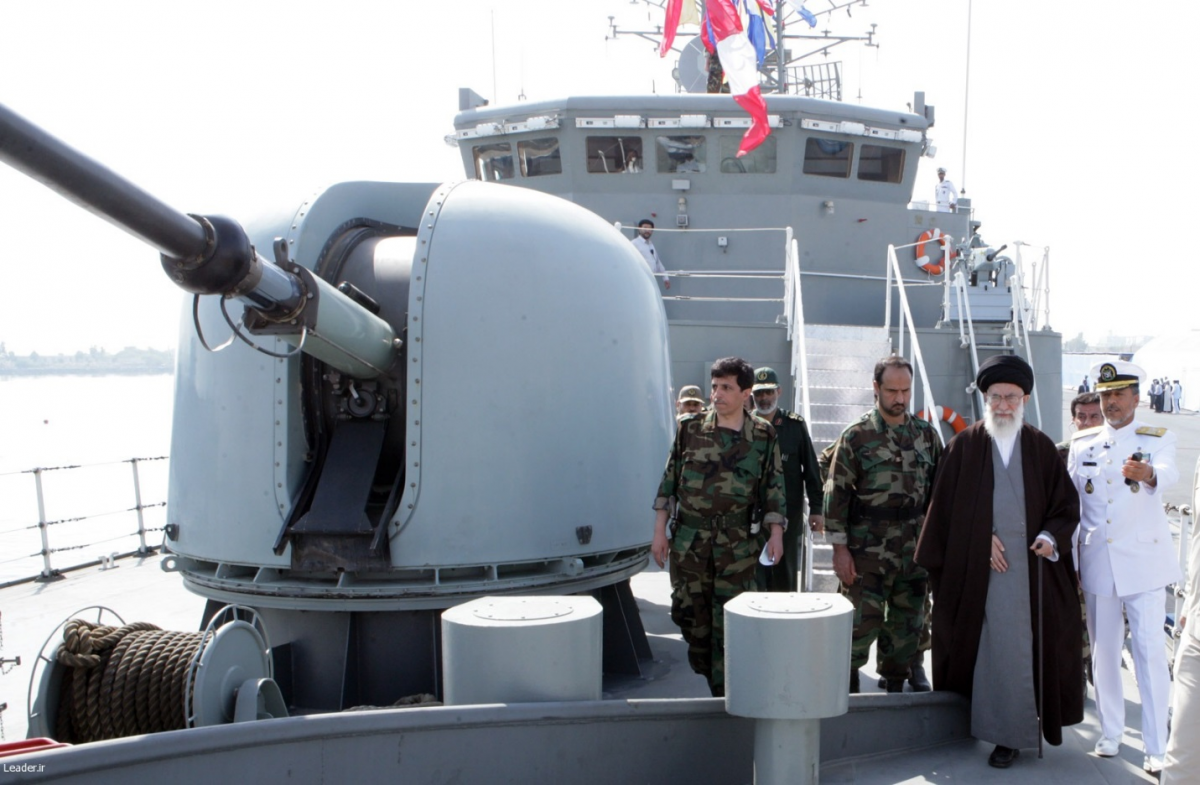 Iran's elite Revolutionary Guards (IRGC) said Wednesday they had thwarted an attempt by the U.S. Navy to seize a tanker in the Sea of Oman carrying its oil.

The sequence of events was initially reported by state television, without specifying the date.

In a statement on its website Sepahnews, the IRGC later suggested that the incident occurred over a week ago.

It said U.S. forces had seized the tanker laden with oil and "transferred its cargo to another tanker."

The IRGC's naval forces, with air support, subsequently captured the second tanker, thwarting a second attempt by the U.S. Navy to retake the tanker, according to the statement.

The report said that the "Americans had left the area" and that the tanker had docked at Bandar Abbas port at 8:00am (0430 GMT) on October 25.

The IRGC did not specify the country where the vessels are registered, but two U.S. officials told The Associated Press that the first oil tanker carries the flag of Vietnam, noting that Iran still holds the vessel off Bandar Abbas.

One of the officials said paramilitary Iranian Revolutionary Guard troops took control of the MV Southys on Oct. 24 at gunpoint. U.S. forces had monitored the seizure, but ultimately didn't take action as the vessel went into Iranian waters, the official said.

A motive for the seizure remains unclear. Officials at the Vietnamese Embassy in Washington did not immediately respond to a request for comment. Ship-tracking data analyzed by the AP from MarineTraffic.com showed the vessel still off Bandar Abbas on Tuesday.

The officials spoke to AP after Iranian state television offered a series of contradictory reports earlier Wednesday about a confrontation between the Guard and the U.S. Navy's Mideast-based 5th Fleet. It described the incident as also happening in the Gulf of Oman, with the U.S. Navy detaining the vessel and the Guard bringing it back to the Islamic Republic.

The U.S. officials dismissed Iran's version of events. Tehran also did not provide details of the ship's name, nor any explanation of why the Navy targeted it. Iran's mission to the United Nations did not immediately respond to a request for comment.

State TV later released footage showing an Iranian surveillance drone monitoring a hulking red tanker in the Gulf of Oman. Iranian commandos then rappelled onto the boat from a helicopter as small speedboats surrounded the vessel.

The status and makeup of the Sothys' crew wasn't immediately known. A shipping database showed the vessel's last registered owner as OPEC Petrol Transportation Co., a firm with a Hanoi address. A telephone number for the company could not be immediately found.

The Gulf of Oman sits near the Strait of Hormuz, the narrow mouth of the Gulf through which a fifth of all traded oil passes.

About a year after then-President Donald Trump withdrew the U.S. from Iran’s nuclear deal in 2018 and imposed crushing sanctions, the waters of the Gulf of Oman have witnessed a series of explosions and hijackings. The U.S. Navy has accused Iran of conducting limpet mining of vessels and more recently attacking another tanker with a drone, killing a Briton and a Romanian on board.

While Iran denies carrying out the attacks, it comes amid a wider shadow war that has roiled the region.

The Iranian announcement comes amid faltering efforts to revive Iran's nuclear deal with world powers that would see a lifting of U.S. sanctions on its oil exports.

Under the 2015 nuclear deal, Washington had lifted its sanctions on Iran's oil exports in return for strict limits on its nuclear activities.

But in 2018, then president Donald Trump abandoned the agreement and reimposed the sweeping sanctions.

President Joe Biden has expressed willingness to rejoin the deal in exchange for Iran returning to the limits on its nuclear activities, but talks on the practicalities have been suspended since June.