Abu Dhabi hosted a board meeting of the International Alliance for the Protection of Heritage in Conflict Areas (ALIPH) at Louvre Abu Dhabi today. A global initiative led by the UAE and France, the foundation was established in response to the massive destruction in recent years of outstanding, often ancient, cultural heritage, particularly in parts of Africa and the Middle East.

ALIPH was then formally created in March 2017 at the instigation of the UAE and France, and now brings together Saudi Arabia, Kuwait, Luxembourg, Morocco, China, and Switzerland, along with key civil society figures and institutions such as The Andrew W. Mellon Foundation and philanthropists Thomas S. Kaplan and Jean-Claude Gandur.

Mohamed Khalifa Al Mubarak, ALIPH Executive Committee Board Member and UAE representative, Chairman of Department of Culture and Tourism – Abu Dhabi, said, “Preserving and protecting heritage endangered by conflict is a worthy and very timely issue in an increasingly divided and troubled world. We are proud to be involved with this important organisation and look forward to hosting and participating in this Board meeting in Abu Dhabi.”

He continued, “ALIPH is already doing great work in protecting precious cultural legacies and we are excited to see it moving forward. We have now entered into a second phase of operations, a global call for applications that will allow the team to take on further projects. As we expand ALIPH’s scope of operations we can ensure the protection and safety of treasured heritage around the world.”

ALIPH is the only global fund that is solely dedicated to the protection of cultural heritage in conflict areas. To carry out this mission, the foundation finances preventive measures, emergency interventions and concrete post-conflict rehabilitation projects, all around the world. Through its mission of heritage protection, ALIPH also aims to help promote reconciliation and peacebuilding, local development and cultural diversity, and to restore social cohesion.

In January of this year, ALIPH entered a second phase of its development with its first worldwide call for projects, enabling the foundation to support prevention, protection and restoration projects on every scale, from the smallest local initiatives to ambitious long-term projects. ALIPH also aims to supply immediate aid wherever this is most urgently needed.

The organisation is already committed to supporting the rehabilitation of the Mosul Museum in Iraq; restoring the Tomb of Askia in Gao, Mali; and rehabilitating the Mar Behnam Monastery in Northern Iraq. 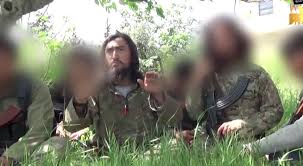