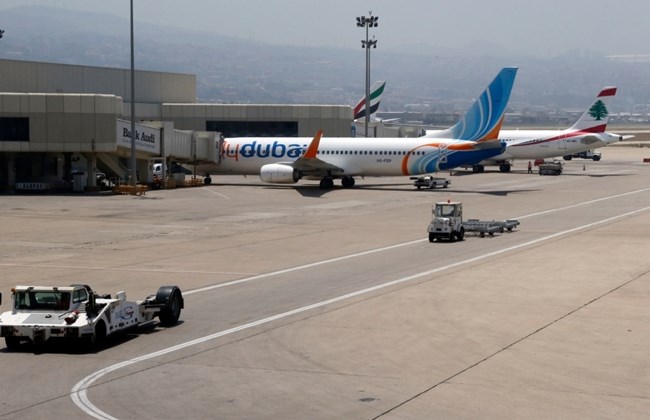 FlyDubai and MEA jets at the tarmac in Beirut airport, Wednesday, May 20, 2015. (The Daily Star/Mohammad Azakir)

BEIRUT: Interior Minister Nouhad Machnouk vowed to address security gaps at the Beirut airport Tuesday, hours after at least 30 people were killed in ISIS-claimed attacks at the Brussels airport and a metro station.

“I will give the Beirut airport priority to address the dangerous (security) gaps, as they are similar to those that were in the Sharm al-Sheikh airport, according to western reports, which led to the explosion of the Russian plane,” Machnouk said after meeting with Britain’s International Development Secretary Justine Greening in London.

An ISIS-affiliated group in Egypt’s restive Sinai Peninsula claimed responsibility for the downing of a Russian passenger plane in October that killed all 224 people on board.

Machnouk said the response given in the Lebanese Cabinet once the issue was raised was “limited,” and that ministers did not take into account the size of the problem and how it could affect the reputation of the Beirut airport.

He added that he met with head of the airport’s security Edmond Fadel, who is also in London on a training course, and gave him and other security agencies instructions to be fully alert and tighten precautionary measures at the airport.

“The only way to face terrorism is for there to be more security cooperation and coordination between European, Arab and international bodies… We assured [Britain] that the Lebanese security forces are carrying out serious work to confront terrorists,” he said.

Machnouk’s claims in January that British Airways and Air France were contemplating stopping flights to Beirut because of the airport’s lax security measures caused wide controversy.

He had said that the airport was suffering from “serious problems” that should no longer be overlooked.

His comments were dismissed by Public Works and Transport Minister Ghazi Zeaiter, who said that despite the crucial need for new equipment and systems, the airport had boosted its safety and security measures.

At least 30 people were killed on Tuesday after two explosions ripped through the Brussels airport and another targeted a metro station in the city. At least one of the blasts in the airport was caused by a suicide bomber.

The attacks occurred four days after the arrest in Brussels of a suspected participant in the November attacks in Paris that killed 130 people. Belgian police had been on alert for any reprisal action.

Machnouk did not address the Belgian attacks in his statement Tuesday.

US diplomat claims Americans draining Syria of its oil