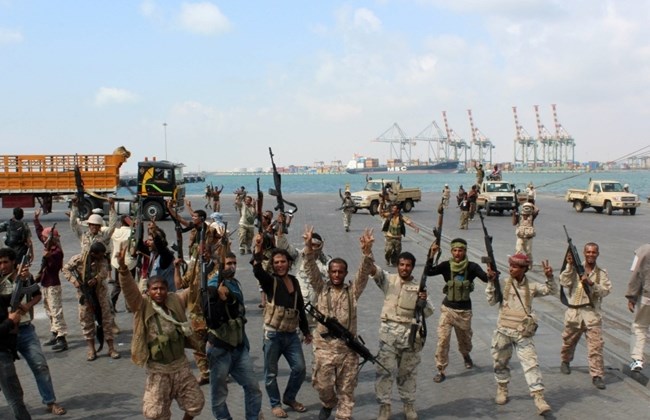 THE LEVANT NEWS -- Saudi-led airstrikes targeting Iranian-allied Houthi forces intensified in Yemen Tuesday, residents said, an escalation of a nine-month-old war that follows a rise in tensions between the kingdom and Iran.

After weeks of a relative lull, large airstrikes targeted military positions linked to Yemen's ascendant Houthis in the capital Sanaa, the port city of Hudaida and the disputed southwestern city of Taiz.

Heavy shelling resumed on battle fronts which had been largely static during a truce which began on Dec. 15 in tandem with United Nations-backed peace talks.

Houthi fighters launched Katyusha rockets at the city of Marib, residents said, their first attack on the area since Gulf Arab troops and armed loyalists of President Abed Rabbu Mansour Hadi seized it from the group over the summer.

Houthi forces also advanced against government militiamen in the northwestern province of Al-Hajjah and the far southern province of Lahej, reversing recent gains made the coalition.

The U.N. reported Tuesday that 81 civilians were killed in Yemen last month, most of them in Saudi-led airstrikes despite the ceasefire.

"During the month of December, at least 62 civilians were reported to have been killed by airstrikes attributed to the coalition forces," Rupert Colville, spokesman for the U.N. human rights agency, told reporters.

Colville said that U.N. rights agency staff had begun receiving reports of violations "within minutes of the ceasefire beginning."

A military coalition led by Saudi Arabia and its Sunni allies has been fighting Yemen's Shiite Houthi movement in Yemen to repel what it sees as creeping influence by the group's ally, Iran.

The kingdom Saturday announced the end of the truce, which had reduced fighting but had been repeatedly violated by both sides.

Earlier the same day, Saudi Arabia executed a dissident Shiite cleric convicted of "terrorism." This led to attacks by Iranian protesters on Saudi missions and the severing of ties with Iran by the kingdom in a diplomatic crisis that may deepen sectarian tension in the region

Yemen's conflict erupted in September 2014, when the Huthis advanced from their northern strongholds to occupy the capital Sanaa.

Nearly 6,000 people have been killed since the Saudi coalition entered the conflict in March, almost half of them civilians. The war has exacerbated hunger and disease in Yemen, the Arabian Peninsula's poorest country.

A new round of peace talks have been scheduled for Jan. 14 in an unspecified location.

And U.N. special envoy Ismail Ould Cheikh Ahmed is set to visit Riyadh on Wednesday amid fears that a diplomatic storm unleased by Saudi Arabia's break in relations with Iran could thwart the efforts to end Yemen's conflict.