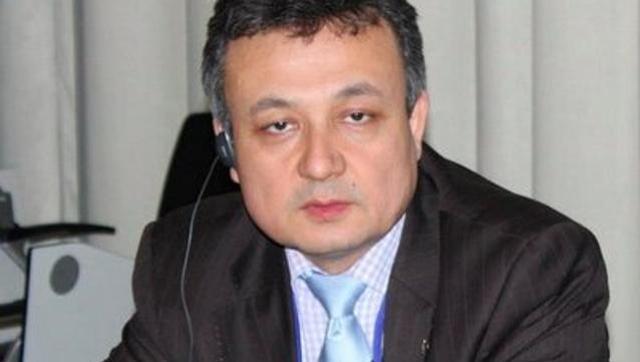 The visa granted by India to Uyghur activist Dolkun Isa to attend a conference in Dharamsala was aimed more at sending a signal to China after it blocked a move to sanction Jaish-e-Mohammed chief Masood Azhar at the UN.
Isa, a German national who is part of the World Uyghur Congress, has blamed China for the sudden withdrawal of the visa by India. Reports have suggested the development was linked to Beijing pointing out there was an Interpol red corner notice against the activist.
However, the Interpol red corner notice has never been enforced though Isa has been on a Chinese list of wanted terrorists since 2003. In March this year, Isa travelled to Washington at the same time as President Xi Jinping and received an award from the Victims of Communism Memorial Foundation.
The Chinese were understandably angry and served a demarche to the US state department for allowing Isa into the country.
The grant of a visa to Isa , and its subsequent cancellation, was more about “India getting its message across without losing any ground”, said Srikanth Kondapalli, professor of Chinese studies at Jawaharlal Nehru University.
“India has not lost anything,” Kondapalli told Hindustan Times, despite the perception in some quarters that the cancellation of the visa was a climb-down.
If India had allowed Isa to visit Dharamsala, he said, the consequences for China’s national security policy would have been “shattering”.
Beijing’s policy lists separatism, extremism and “splittism” linked to Taiwan, Xinjiang and the Dalai Lama as key challenges and any Indian move to let Isa into the country could have been emulated by other nations, Kondapalli said.
Experts believe behind-the-scenes negotiations led to the withdrawal of Isa’s visa, but only after India had made its point.
Isa has lived in exile since 1997 and became a German citizen in 2006. In 2009, Isa was detained for two days when he arrived in South Korea to attend a meeting and then released. Isa was allowed to visit the US for the first time in 2012 after he was barred in 1999 and 2006.
China has accused Isa of being involved in terrorist activities but experts note there is nothing in the public domain to substantiate this allegation. They also point out that the World Uyghur Congress, which was founded by Isa, gets about 40% of its budget from National Endowment for Democracy, a body funded by the US Congress.
“It’s hardly likely that the US will fund an organisation that is involved in terrorism,” said an expert who did not want to be named. This, the expert said, was probably the reason why the Interpol red corner notice against Isa was never enforced.

The views expressed in this article are the author’s own and do not necessarily reflect The Levant News editorial policy.