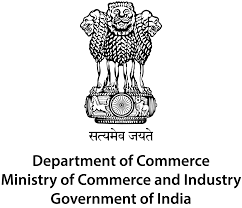 India is preparing to work with the UAE to develop a strategy for third country exports, the Indian minister of commerce and industry said on Thursday.

“This is a very interesting concept — we are looking at reaching out to places like Central Asia, rest of the Middle East, Africa and other places that can be leveraged by our partnership,” Suresh Prabhu said. “There is a lot of scope for joint exports — we have some strong sectors while the UAE also has several strong sectors. There are great opportunities in joint service sectors as well. With this multilateral approach, both nations will be able to reap the rewards,” he said.

Prabhu was speaking to a UAE media team at his office in New Delhi ahead of Indian Prime Minister Narendra Modi’s visit to the country on Saturday.

A High Level Task Force jointly chaired by Prabhu from the Indian side and Shaikh Hamed Bin Zayed Al Nahyan, the chairman of Abu Dhabi Investment Authority, from the UAE side have had “fantastic meetings recently,” Prabhu said, where both sides agreed to work together “for investments aligned to our vision”.

“The UAE and India have much more to do multilaterally — this is a huge opportunity. From trading to steel, pharmaceuticals and service sectors, the UAE economy is a showcase of economic diversity. In the past three weeks, I have met with at least three business delegations from the UAE. So things are moving fast and in the right direction,” he said.

As the Indian economy picks up pace, it will reach $5 trillion (Dh18.3 trillion) in a matter of seven to eight years at today’s growth rate, Prabhu said. “We will be $5 trillion sooner than later, and in that corpus, $1 trillion will be from manufacturing, $3 trillion will be from services and another trillion dollars from allied sectors. To make these numbers into a reality, we must have a well-thought strategy — so we are right now in the process of deciding on the sectors which will headline manufacturing and services,” he said.

“We are also thinking of new industries and new sectors to achieve this GDP growth — and Abu Dhabi is a great example in that. Despite being an energy-rich country, the UAE has put a lot of effort into thinking about the future. Therefore institutions such as Masdar are ready for the future.

Prabhu said that New Delhi was also ready to reach a free-trade agreement with the UAE to unlock vast areas of mutual benefit and speed up foreign direct investment (FDI). “With a renewed focus on exports, we now have a strategy to work with quite a few countries in the world, including the UAE. We are thinking of a free-trade agreement with the UAE … Both countries have their strengths to play to. We depend on the UAE for energy security and we can provide food security to them. It is in very early stages, but we would like to pursue it,” the minister said.

Prabhu, who was appointed the minister of commerce and industry late last year following the latest reshuffle in Modi’s cabinet, also thanked Indian expats based in the UAE for their contribution to India’s growth. “India is the recipient of the world’s single largest remittances, which stands at around $65 billion as of now. Most of it comes from the UAE and the Gulf region, so we are thankful for NRIs from the UAE providing stability to India’s current account balance,” he said.

According to UNCTAD, the annual foreign direct investment inflow from the UAE and other Gulf states to India stood at $1.4 billion in 2016, while UAE investments into India exceeded $1 billion in the fiscal 2015-16.

The Abu Dhabi Investment Authority is looking to expand its presence in India and will appoint a head of its India operations to speed up the pace of investments from the UAE to India, the Indian minister of commerce and industry said Thursday.

“This is unprecedented … ADIA has always been a neutral investor in any country, so for them to set up an office in India and appoint a head of Indian operations is phenomenal,” Suresh Prabhu said on Thursday, adding that this was a result of both UAE and India’s relentless efforts to take bilateral trade to new heights.

Different directors at government and private institutions participating in Abu Dhabi Week in India have stressed the importance of the gathering for the exploration of investment opportunities in Abu Dhabi.

The directors said that the event could help attract new partners to implement and contribute to different economic and development projects in Abu Dhabi.

They pointed out that investment fields that Emirati companies are currently discussing in India include different sectors, such as energy, construction, finance, banking, hospitality, programming, real estate development, and others.