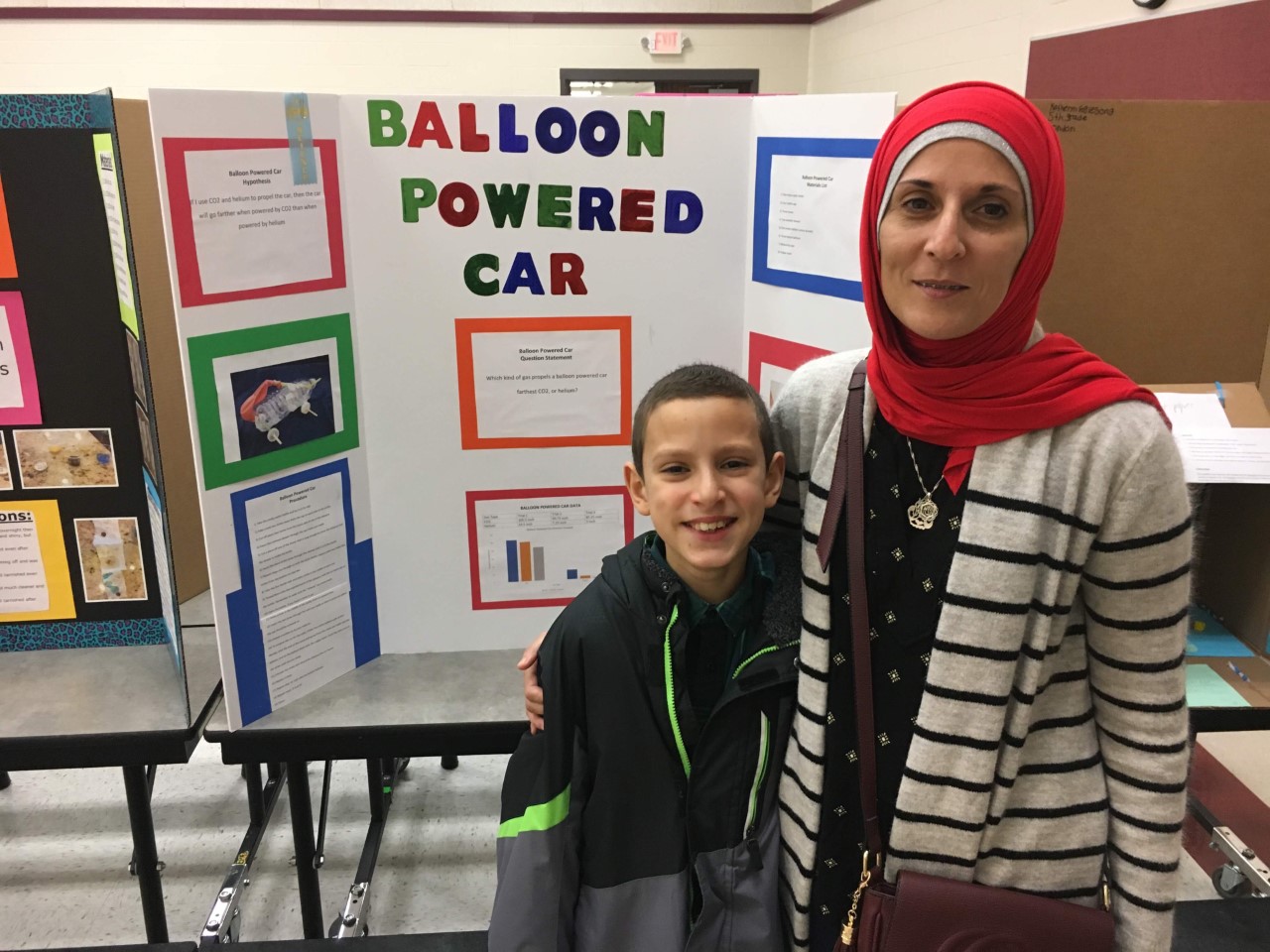 During my experience as a teacher, I have found that when working with English Second Language (ESL) learners it is important to understand the diversity of native languages spoken at home and the cultural background of each student. This background is an important part of the student’s work ethic and shapes the challenges he or she may face in school.  Immigrant Muslims speak a variety of languages at home such as Urdu, Arabic, and Bengali and many strategies are needed to make the process of absorbing the English language easier for the student.  Schools can provide translators who speak the students’ native language or facilitate that relationship between the parents and the school staff.  This will remove the fear of the parents getting involved and the students expressing themselves.  Resources exist but the strategies that need to be used to invest those resources needs planning and organization.

The Pew Research Center estimates that there were about 3.3 Million Muslims of all ages living in the United States in 2015. According to the Center of Immigration Studies in 2012, Muslim children living in the US have origins from 57 nations and speak 60 different languages.  Muslims settle in large cities such as New York City, Chicago, and Los Angeles.  Although Muslim communities are generally seen as a vital organ within the society here, are well educated, civically engaged, and are well established Muslim students tend to feel marginalized and disregarded in schools.  Despite the efforts of Muslim communities to integrate and lobby for right, students continue to be misunderstood which leads to negative outcomes academically and psychologically on their achievements.

When did Islamophobia start in USA?

In 1978, A Palestinian American professor Edward Said published a book, (Orientalism), which changed the thinking of many people about the Middle East and Islam World. According to Said, Westerns have always distorted their writings about Islam, Orientalism was and still a tool of the colonial powers.

Since September 11,2001, Muslims in the U.S. have been portrayed negatively in the media. They have faced many challenges and discrimination, including but not limited to Muslim women who wear the Hijab (head scarf).  As a Muslim woman wearing the Hijab empowers me by strengthening my relationship with God.  The media has portrayed this religious symbol as an oppressive practice against women, which is a complete misunderstanding of my religion.  Contrary to what the Media presents, Islam gives women the right to pursue education, work, have a choice in marriage, express their opinion, and participate in civic life.  Although these might seem like social norms nowadays in the West, these rights are enshrined in our religion.  As an adult I can face these realities in my social surroundings, however, children are more susceptible to pressure from friends and class mates, therefore I must be a strong example for my daughters so that they learn about their rights and value in our society as Muslim women.

To improve hopes for the young generation of Muslims in the US, we must raise awareness and educate our fellow Americans through dialogues and community action about our reality as Muslims in this country. Islam is one of the three Abrahamic faiths, including Christianity and Judaism.  To practice Islam, there are rules that Muslims must follow and accommodations that need to be made for children in public schools to lower stress and help in the process of integration.  For example, it is forbidden for Muslims to eat pork products such as sausage or pepperoni.  Teachers must understand that simply removing pepperoni from a pizza in a class party is not enough to accommodate a Muslim student because clearly grease from sausage or pepperoni remains on the pizza.  Likewise, it is important to have vegetarian or fish options for lunch so that Muslim children can avoid eating non-zabiha meat (meat that comes from animals slaughtered according to Islamic tradition, like Kosher tradition in Judaism).  Although these things might seem trivial to some, these are very important stress that will help students preserve their faith and will lower the stress level on the child.

Modesty is very important in Islam and it is important for a Muslim girl to dress modestly. During physical education girls should be given an option to wear pants or long skirts instead of shorts and their Hijab (head scarf) which is obligatory after a girl reaches puberty.  Girls naturally are very conscious of self-image and when they are made to feel that the way they choose to dress as part of their faith is strange or unacceptable they will suffer from a lot of stress.  This also impacts older girls and women in college and at work.  Young girls need the support of their family and community, including their school and teachers, to grow up being confident members of society who can contribute to the greater good of the community.

There are two main Holidays in Islam, Eid Al-Fitr at the end of Ramadan and Eid Al-Adha at the end of Hajj. Many Muslim families consider it an innovation to celebrate any holidays other than these two traditional holidays, therefore, they do not participate in American Holidays such as Halloween, Thanksgiving, and sometimes birthdays.  In addition, some Muslim families consider music with dancing rhythms and lyrics of songs that encourage forbidden behavior to be unacceptable.  It is important for school teacher and officials to recognize this and offer the children alternatives to holidays concerts and other events.  It is also stressful for the parents to speak with school officials about this because they may be ostracized based on their religious beliefs.  Fasting during the month of Ramadan where Muslims do not eat or drink from sunrise to sunset.  For school children who desire to fast, it is difficult to participate in physical education and sometimes exams.  Accommodations to help those students avoid dehydration and exhaustion is important, which could be as simple as reducing their exercise requirement or letting them stay indoors during physical education.

We need to encourage a strong relationship between the school, students, and parents. When there is dialogue, modifications can be made to help students get engaged in school.  This will students less stressed and the environment more accepting to Muslims in public schools.

in the age of Trump, there are many things that Muslim parents should consider whether Islamic schools may be better option for their children, or Homeschooling, or Public schools.

Wasan Abu Baker is an American Activist with a Palestinian origin. She is the Vice chair of Corpus Christi of National Justice for our Neighbors and a staff writer for Kings River Life Magazine in California, she writes about Palestine, Islamophobia, and Education. She is an educator and earned her MA from St.John Fisher College in Rochester , New York.

*Wasan abu-Baker is an American activist with a Palestinian origin. She is vice chair of Corpus Christi National Justice for our Neighbors in Corpus Christi, Texas, a member of ABCD New addition Team, and a staff writer for Kings River Life Magazine in the US. She holds an MA in special education from St John Fisher College in Rochester, New York