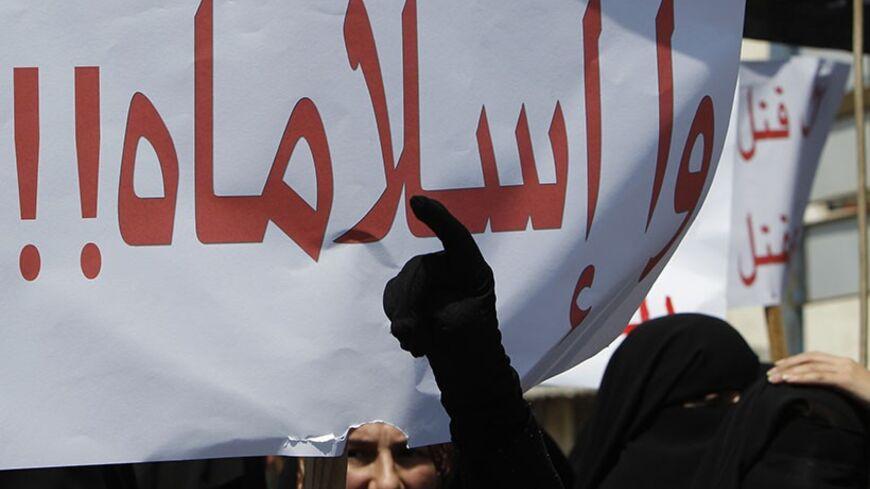 Recent elections to Lebanon’s Jamaa al-Islamiyya show a marked shift in favor of the pro-Hamas and Hezbollah wing.

Following their sharp disagreements over the conflict in Syria, Hamas and Hezbollah have since improved their relations, most recently when the Palestinian organization reportedly intervened in the elections of the Jamaa al-Islamiyya, Lebanon’s Muslim Brotherhood branch.

According to media reports in online sites such as Al-Modon and Asas Media, the Jamaa wing that is close to Hamas and Hezbollah won recent elections for the organization’s leadership, as well as majorities in the Political Bureau and Shura Council. Sheikh Mohammed Taqqoush, the organization’s former security chief for Beirut, who is said to be on the Hamas payroll, was elected secretary general, while another figure close to Hamas and Hezbollah, Muqdad Qalawun, was reappointed the Jamaa’s overall security chief. The Jamaa had a military wing during Lebanon’s civil war, named Al-Fajr (Dawn), which played a role in resisting the Israeli occupation alongside Hezbollah, which is why it remains close to the party.

The vote revealed deep differences inside the Jamaa al-Islamiyya. This reflected the polarization within Hamas, where the leadership disagrees over building a strong alliance with Iran and Syria. Yahya Sinwar, Hamas’ leader in the Gaza Strip whose background is in the organization’s security branch, is in favor of such an alliance, while Hamas’ traditional political representatives, such as its former leader Khaled Meshaal, oppose it. Some in the Jamaa al-Islamiyya see a replication of this pattern in their own organization, with security-military figures surpassing political figures. The Syrian conflict continues to profoundly polarize the Jamaa al-Islamiyya’s rank and file, to the extent that some believe that the recent election results may lead to a split in what is already a relatively small organization.

The Jamaa al-Islamiyya has always been on the margin of Lebanese politics. Today, it has only one out of the 27 Sunni members of parliament. And the organization’s parliamentarian, Imad al-Hout, is more sympathetic to the losing side in the recent elections, and would most probably join any group that breaks off from the present leadership, depriving the Jamaa al-Islamiyya of any parliamentary representation. The organization may not have a major impact on Lebanese Sunni politics today, but a number of factors suggest the organization may soon face turbulence.

First, Lebanese Sunni political representation is in flux following former prime minister Saad Hariri’s withdrawal from political life. Hariri’s move has led to fragmented Sunni political representation in parliament, and the vacuum that he left behind remains an open space for contestation. Islamist groups, while they are organized, still fail to appeal to a wider Sunni base. This is unlikely to change without major financial intervention on their behalf by an outside power.

Second, while the Jamaa al-Islamiyya hasn’t been able to secure sizeable parliamentary representation, it has members in nearly every Sunni locality across the country. This presence could grow, given sufficient resources. However, an alliance with Hezbollah and, even worse, with the Syrian regime of President Bashar al-Assad, could work against such an outcome. Most probably, the Sunni electorate, a majority of which is hostile to both the Syrian regime and Hezbollah, would punish the organization by depriving it of any representation in parliament, or even in local councils if municipal elections were to be held.

Third, as the Jamaa al-Islamiyya is another branch of the Muslim Brotherhood worldwide, its shift toward the Assad regime and Iran would have an impact on the global network of Brotherhood organizations. The Syrian Muslim Brotherhood remains part of the Syrian opposition, while Sunnis in general continue to oppose Assad rule. That is why a successful Hamas effort to repair its relationship with the Syrian leadership could have a seismic impact among Sunnis, as this would go against the dominant sectarian sentiment.

This also leads to the question of whether Hamas is seeking a new role for itself, namely that of interlocutor between Tehran and its allies, on one hand, and certain branches of the Muslim Brotherhood, on the other. Those who oppose such a move within the Brotherhood have remarked that Hamas has put pressure on the Syrian Muslim Brotherhood to reconcile with Iran. The Syrian Brotherhood, in turn, recently condemned Hamas’s rapprochement with the Syrian regime. Because many Sunnis regard Tehran’s interventions in Iraq and Syria as being driven primarily by sectarian considerations, such efforts by Hamas to bring Iran and the Muslim Brotherhood closer would be exceptionally valuable for Iran. However, they are also likely to provoke a strong Sunni counterreaction.

The Jamaa al-Islamiyya, by finding itself in the Hamas camp today, will face similar obstacles to the ones that Hamas will doubtless encounter. As soon as Ismail Haniyeh, the head of Hamas’ Political Bureau, sets foot in Damascus to meet Assad or senior members of his regime, the organization will run into a great wall of resentment. Hamas itself remains profoundly divided over such a rapprochement, which is why its much weaker Lebanese ally, the Jamaa al-Islamiyya, may not be able to politically survive a handshake with the Syrian regime.