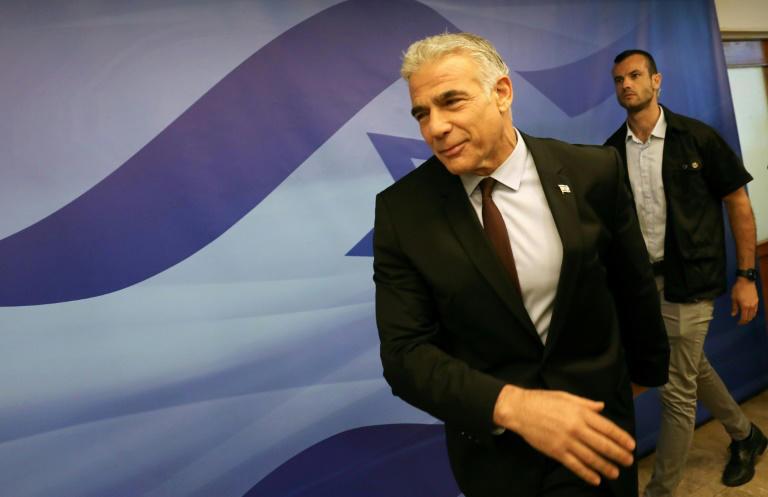 In defiance of Lebanese rights, Lapid flies over Karish gasfield

Israeli Prime Minister Yair Lapid flew over the Karish natural gas platform in the Mediterranean on Tuesday and was briefed by competent Israeli officials during the flight, his office said.

"Israel's natural gas reserves have the potential to contribute toward a solution for the global energy crisis. Lebanon could also benefit from developing the reserves in its economic waters, through negotiations, which should be concluded forthwith,” Lapid said.

"This new platform is the energy future of the State of Israel and constitutes an economic opportunity, which includes the export of gas to Egypt and Europe, that every Israeli citizen will benefit from in the not-too-distant future," he added.

Lapid had earlier in the day inspected the land border with Lebanon along with Israeli Defense Minister Benny Gantz.

“Israel is prepared to act against any threat. We do not seek confrontation but whoever tries to attack our sovereignty or Israeli citizens will learn very quickly that they have made a serious mistake," Lapid said during that visit.

“While we have no interest in escalation, Hezbollah's aggression is unacceptable and is liable to lead the entire region into an unnecessary escalation, just when there is a genuine opportunity for Lebanon to develop its energy resources,” he added.

Earlier this month, Israel intercepted three drones launched by Hezbollah that were headed towards Karish. Another Hezbollah drone "which approached Israel's economic waters" was downed in late June, according to the Israeli army.

Lebanon had condemned Israel last month when a vessel chartered by Israel and operated by London-listed energy firm Energean entered the Karish offshore field. Hezbollah at the time warned Energean against proceeding with its activities.

Lebanon and Israel resumed negotiations on their maritime border in 2020, but the process was later stalled by Lebanon’s claim that the map used by the United Nations in the talks needed modifying.

Israel claims that the field lies in its waters and is not part of the disputed area subject to ongoing negotiations.

According to media reports, Lebanon has recently told Israel through U.S. mediator Amos Hochstein that it can keep the entire Karish field in return for granting Lebanon the entire Qana field.

Conflicting reports later emerged on whether the talks have made tangible progress and Hezbollah chief Sayyed Hassan Nasrallah has warned that his group is ready to engage in an all-out war if Lebanon is not allowed to extract gas and oil from its offshore fields.