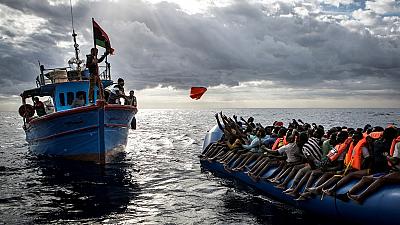 Tunisia’s biggest challenge in 2019 is to combat illegal migration from its naval borders. With the ongoing crisis in neighboring Libya the North African country’s geographical location makes it an ideal hub for migrants looking to set off towards the European Union (EU).

Tunisia witnessed some dramatic events in 2018 when boats packed with migrants sank after leaving the coast. Everybody remembers the disaster that occurred on June 18, when at least 100 migrants died off the coast of Sfax, the country’s second largest city. It was one of the worst migrant disasters of the year after 90 migrants drowned off the Libyan coast a few months earlier in February.

Almost daily boats with fortune seekers depart from coastal towns like Sfax, Zarzis, Kilbya and the Kerkennah Islands all being relatively close to the Italian island of Lampedusa. The boats are not only filled with young Tunisians, more and more migrants from sub-Saharan Africa use this route to find their way to the European mainland.

Migrant Disembarkation Platforms
As a reaction to this pending crisis the EU has again raised the idea of shifting the processing of asylum seekers and irregular migrants outside EU borders. Some policy makers even proposed the creation of so called ‘disembarkation platforms’ in various North African countries like Tunisia to deal with those intercepted while crossing the Mediterranean. Intending that from those locations migrants can file for asylum while awaiting the results outside the EU.

This idea is on the table for quite some months now and is being intensively discussed in Tunis behind closed doors, said Najet Zammouri vice president of the Tunisian Human Rights League. She explains that nothing yet has been formally decided on this proposal. Her association observes and defends human rights in the country, and is not shy of ringing the alarm bell when necessary.

“As being a prominent part of the civil society in Tunisia we were asked by the government if we want to be part of this plan. For the time being we declined. I don’t expect such a project is feasible unless the EU provides a generous amount of money to realize it. Generally speaking the civil society is against it,” said Zammouri.

Parties in the Tunisian parliament are also not very enthusiastic about this proposal explains prominent parliamentarian Abdellatif Mekki from the Ennahda Party: a Muslim democratic party in Tunisia founded in the early 1980’s after the Iranian Revolution. Even though it was inspired by the revolution and the Egyptian Muslim Brotherhood, it is seen as one of the more moderate and democratic regional Islamist parties. It currently represents about 28 percent of the electorate.

“To be frank: the proposal to create these kind of centers in Tunisia is declined by almost every party in the parliament. I think the best way to combat migration is to solve our political and economic problems,” said Mekki who also chairs the security and defense committee in the Tunisian parliament.

There were also recent EU calls to further mobilize funding to increase Tunisia’s border-control capabilities in light of increasing departures from its shores. Relations between Tunisia and the EU over migration policy have long been transactional, with European financing and assistance offered in exchange for promises by the Tunisian government to keep unauthorized migrants from leaving its ports. However, cooperation and work toward jointly agreed aims have been yet to been realized.

Abdellatif Garrouri editorial chief at the Television Nationale Tunisienne and documentary maker specialized in movies and reports on migrants frowns upon hearing the EU policies towards Tunisia. He is known as a migration expert at the almighty Tunisians state tv-channel where he produced many undercover items about the matter.

“It is a very complicated issue. Please do not forget that we currently already have locations where migrants are send back to. Once they arrive there, they are released the next day. It is a huge problem for our country. I spoke to many young people who made the trip a few times. Some do it because they have nothing else to do, and see it as a fun way to spend their time.”

Criminal networks
In the past years Garrourri made numerous documentaries and news items about the migration phenomenon. About the people who leave, why, and how they leave and about the people they leave behind. “Part of the problem is that the government does not really initiate campaigns to discourage people to leave. Many of your people do not even realize the dangers involved”, said Garrourri.

The documentary maker explains that many people make money from illegal migration. He compares it with the illegal oil trade from Libya and emphasizes that there are so many people involved that it is almost impossible to solve.

According to official state figures, the Tunisian authorities prevented about 8,000 people from migrating to the EU in the first nine months of 2018, while at the same time roughly 4,000 migrants succeeded in reaching the EU. A sharp increase compared to the same period in 2017.

There are roughly three types of migrants. The first group consists of young Tunisians who organize the trip on their own initiative: small groups of young people buying a boat, an engine, and some fuel. The second group are young Tunisians that pay a lot of money to get across, while the third group are mainly young sub-Saharan Africans looking for a better life.

Garrouri said: “It is really a big business. Suppose that you want to leave the country, you always know a person who is connected to somebody who knows how to get you out. We are talking about well-organized networks. They gather enough people and at a certain moment when the boat is full, they leave.”

Human right activist Zammouri confirms these practices. For years she has been quite skeptical with the government’s efforts in combatting the crisis. “Imagine you are a young uneducated woman that wants to leave to the EU. You do not have the right to apply for a visa and leave in a legal way. The only way to get there is to pay some money to the right person and you can leave. Wouldn’t you do the same?”

Optimism
A more optimistic note comes from Ennahda MP Mekki he expects in the coming years that less young Tunisians will try to leave the country. “In the past years the various governments focused on the economic development and invested heavily in state security. Official statistics also show that many jobs were created and because of the increased security people are rediscovering Tunisia again as a touristic destination. That is a good development for everybody. I am optimistic and I think that the worst years a behind us”, said Mekki.

*Arthur Blok is Executive Editor in Chief of The Levant

Spoiler Alert for Lebanese politicians: Women Rights are not yours to ‘give’