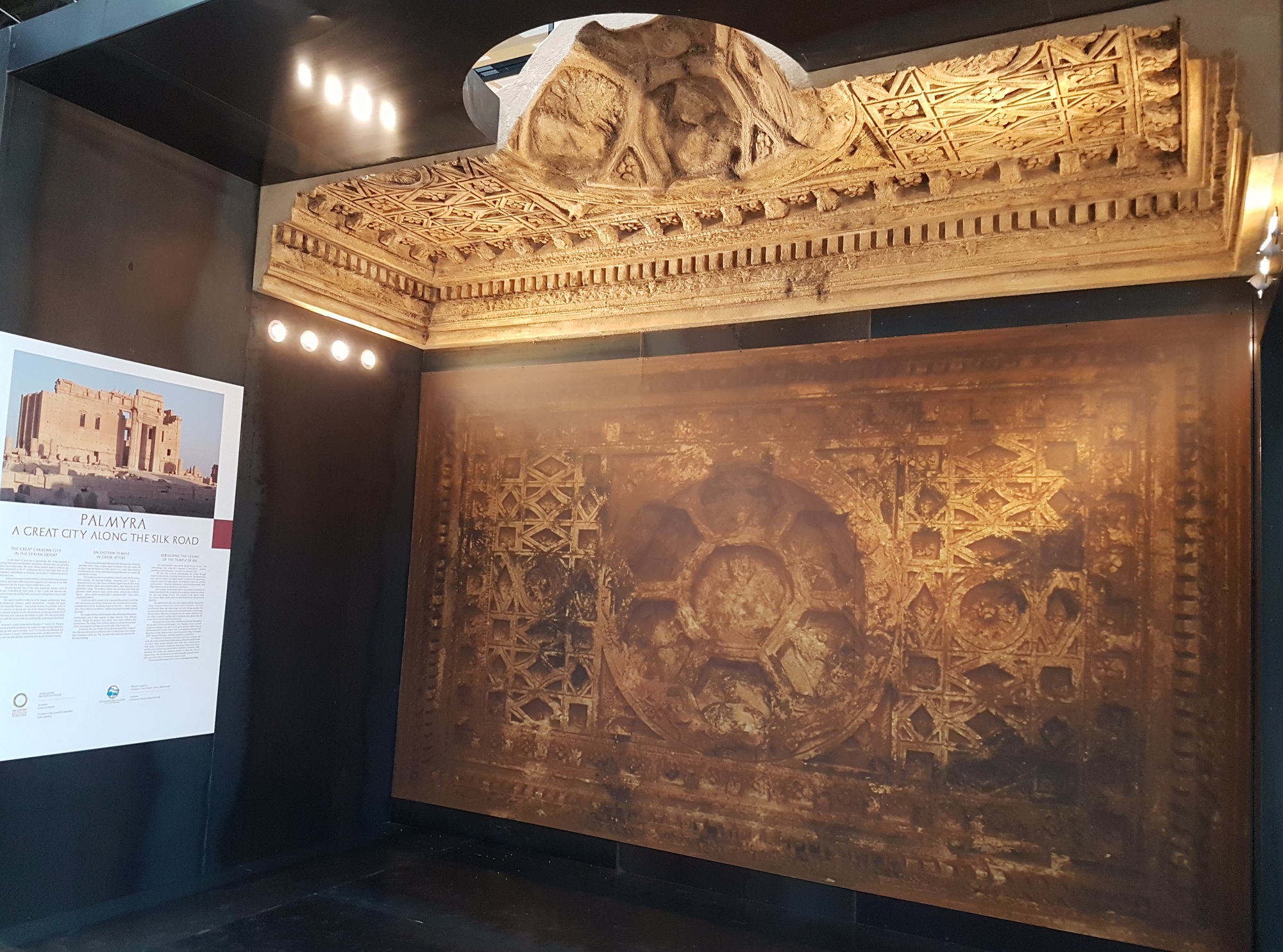 Rome - Italy, 29 November 2017 - The 30th General Assembly of the International Centre for the Study of the Preservation and Restoration of Cultural Property (ICCROM) was inaugurated today in Rome. The three-day event, held from 29 November – 1 December, will feature panel discussions on productive and sustainable approaches to support the reconstruction of destroyed and damaged historic cities.

Delegations of ICCROM’s 135 Member States are gathered today to discuss and endorse the Rome-based agency’s strategic directions and work plan, and elect its governing Council. The General Assembly will also ratify the nomination of its next Director-General, nominated by the executive Council for a six-year period of leadership.

In his last participation as ICCROM’s Director-General, Dr Stefano De Caro thanked all Member States for their essential collaboration and support during his six-year mandate.  “Thanks to the significant support of all Member States, and the full commitment and contribution of ICCROM’s professional team, we were together able to implement ICCROM’s programmes, with the aim to build capacities within the professional community for safeguarding irreplaceable heritage,” De Caro said. 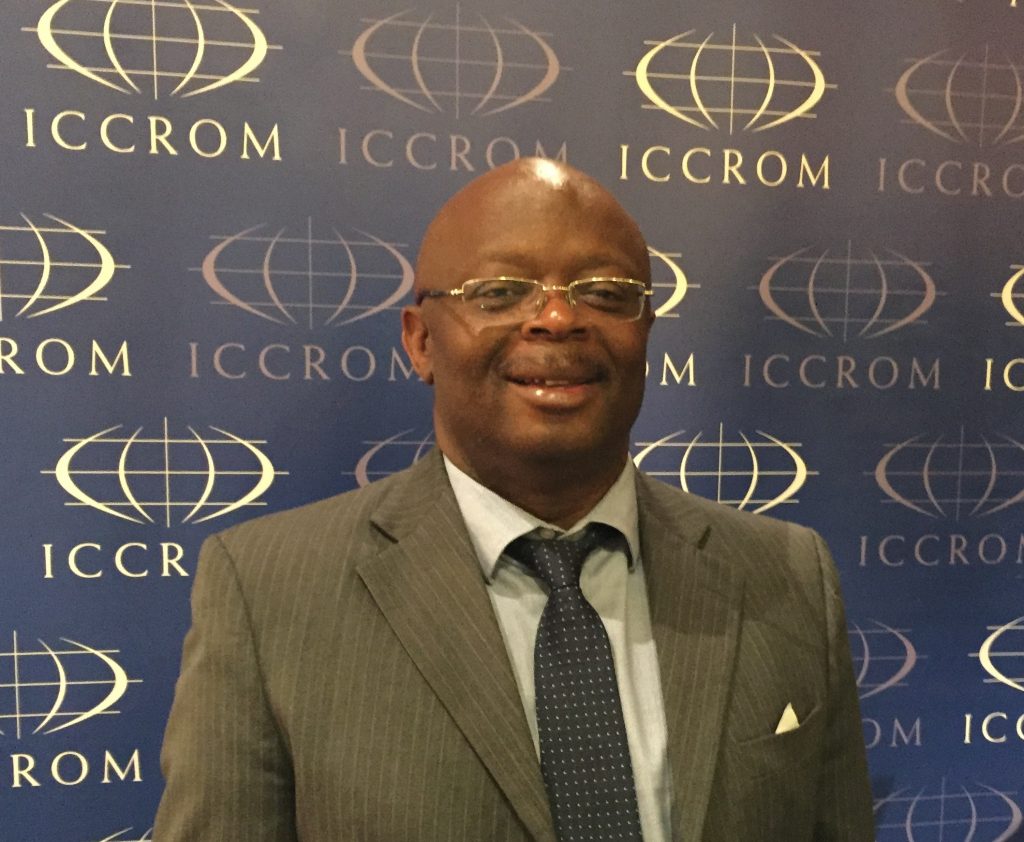 Palmyra: Rising from Destruction, an exhibition sponsored by the Incontro di Civiltà Association

Following the official inauguration, an exhibition entitled “Palmyra: Rising from Destruction” was unveiled. The event is sponsored by the Incontro di Civiltà Association headed by Francesco Rutelli, former Italian Minister of Culture. The exhibition features two examples of heritage originating from Palmyra, Syria. The first, a replica of the Temple of Bel, has been brought back to life through state-of-the-art technology. The second, a funeral sculpture looted from Palmyra, was recovered in Italy by the Carabinieri Command for the Protection of Cultural Heritage, and will be sent back to Syria when conditions permit.

The issue of post-conflict reconstruction raises the question of how the reconstruction process should move forward.  “Once the conflict in Syria is over and security conditions on the ground allow it,” said Rutelli, “many issues will arise concerning the restoration of Palmyra and Aleppo to their former splendor.” He continued, “But this is not just a technical matter. It is a matter of choices, which should never result in restored sites resembling some artificial Disneyland.”

In Rutelli’s view, restoration and reconstruction efforts must thus be studied on a case-by-case basis, and carried out with great care following sound scientific evidence. In this regard, the political will of local authorities can be supported by international cooperation, but not overridden by impositions from the outside.

The Incontro di Civiltà Association is also currently sponsoring an exhibit of its reconstructed winged Bull of Nimrud at UNESCO Headquarters in Paris, France, through November 2017. 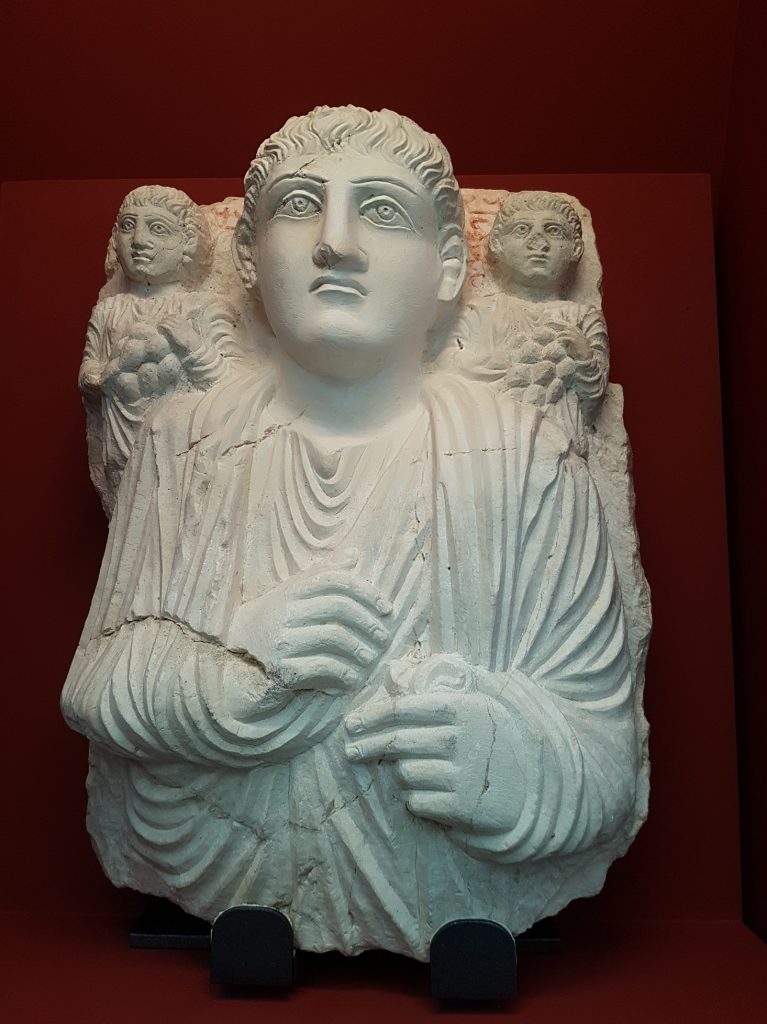 Dr Webber Ndoro has been confirmed by the General Assembly as the new Director-General, to lead ICCROM over the next six years. Ndoro completed a BA in History at the University of Zimbabwe in 1982, a Master of Philosophy in Archaeology in 1987 from Cambridge University, and a Master in Architectural Conservation from York University. His formal education was completed at Uppsala University where he obtained a PhD in Heritage Management in 2000.

Ndoro’s first involvement with ICCROM came in1998, when he was tasked with implementing one of the first three site projects for the AFRICA 2009 programme. From 2002, Ndoro worked as a full-time ICCROM staff member on AFRICA 2009, providing a very useful African perspective at ICCROM to the planning and implementation of the programme. He left ICCROM in 2007 to accept the position of Executive Director of the African World Heritage Fund (AWHF), a post which he has held until the present.

During his mandate, Ndoro has guided the AWHF to become one of the leading conservation organizations in the region, and has also raised a significant endowment.  Under Ndoro’s leadership, AWHF has planned and implemented programmes and activities for heritage conservation aimed at improving World Heritage nominations, strengthening disaster risk management and traditional management systems, and promoting entrepreneurship related to heritage in the region.

Ndoro’s accomplishments in the field of heritage conservation have had a lasting impact on ICCROM as an organization, and on a generation of young heritage professionals in sub-Saharan Africa and worldwide. His new assignment will enrich ICCROM’s ties with Africa and with all world regions. 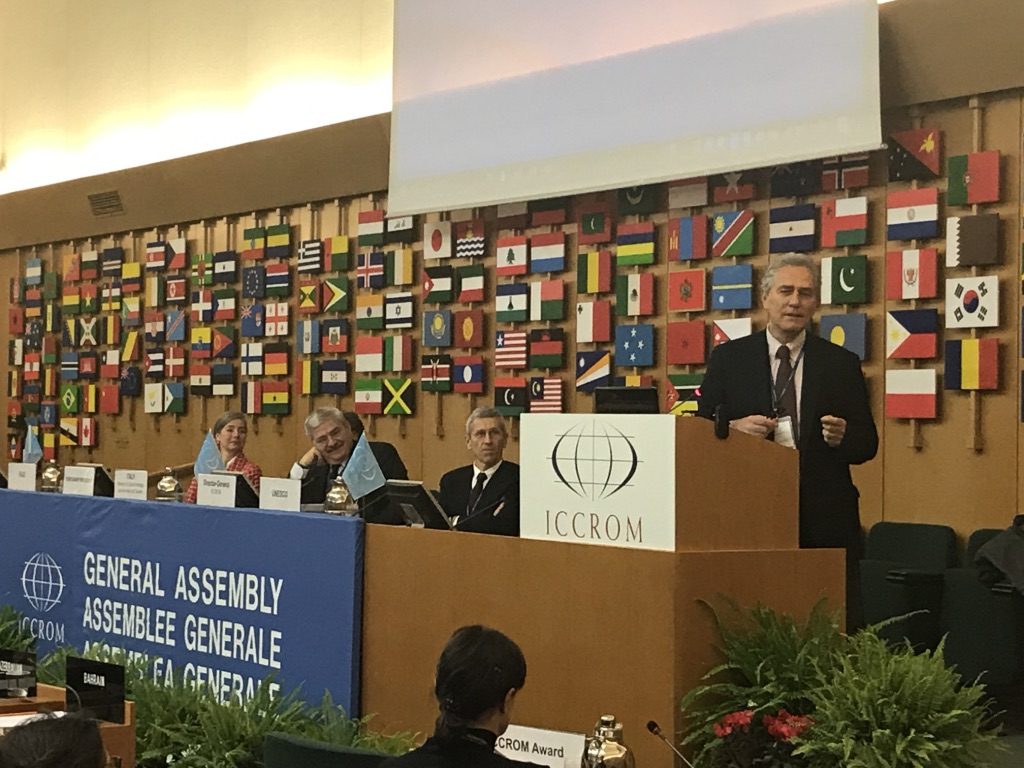 The General Assembly will continue tomorrow with administrative sessions and meetings.  Additionally, a Thematic Discussion on “Post-Conflict Reconstruction – Recovery and Community Involvement” has been organized in collaboration with the ICCROM-ATHAR Regional Conservation Centre in Sharjah, United Arab Emirates.

The event will underline the need for coordination between different development agencies on reconstruction issues, while engaging and supporting communities in respect for cultural diversity. The discussion will focus on examples and case studies from countries around the world, including Bosnia and Herzegovina, Japan, Lebanon, Mali, Mexico, Sri Lanka and Syria.

A related photography exhibition at the Egyptian Academy in Rome entitled “The Day After: Shadows of Heritage” will be unveiled tomorrow, bearing witness to the devastated cultural heritage of five countries in the Middle East  – Egypt, Libya, Iraq, Syria and Yemen – by pairing before and after photographs to witness the scale of that destruction.

The 30th General Assembly marks sixty years of ICCROM’s activity.  ICCROM was founded at the Ninth Session of the UNESCO General Conference in New Delhi, 1956, to study experiences of heritage restoration and reconstruction in different countries after the destructions of the Second World War. An agreement signed in 1957 between the Government of the Italian Republic and UNESCO established the Centre in Rome.  In 2014, ICCROM opened its first Regional Office, the ICCROM-ATHAR Regional Conservation Centre in Sharjah, United Arab Emirates.

ICCROM is the only institution of its kind with a worldwide mandate to promote the conservation of all types of cultural heritage. ICCROM is an intergovernmental organization at the service of our Member States. It contributes to this endeavour by providing knowledge, tools and training to those who are working hard to conserve culture. ICCROM works at the international and governmental level, and with institutions and professionals on the ground. Through selected outreach activities, ICCROM aims to engage and inform new generations of upcoming professionals and the general public with an interest in heritage. ICCROM also maintains an active, engaged network of professionals from around the world who are passionate about heritage and its protection.