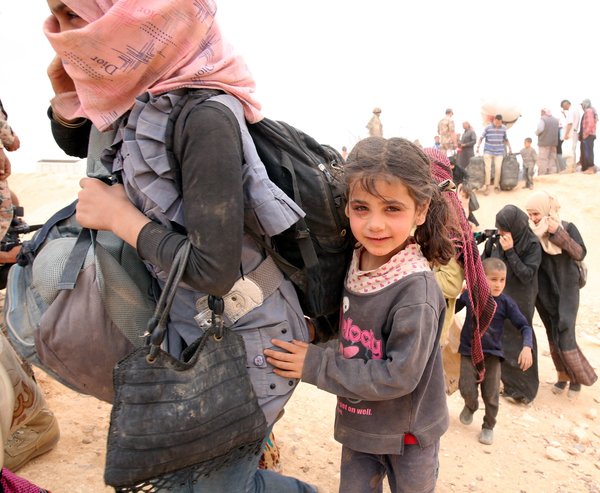 By ANNE BARNARD* for New York Times -- A reader asks: “A recent Reuters story published in The New York Times stated that ‘more than 250,000 people’ have died since the Syrian civil war began and there has been an exodus of ‘5 million refugees.’ But other news outlets have reported vastly different numbers. Given the ‘fog of war,’ what is the source for these figures and how were they arrived at?”

Death Toll
It’s difficult to arrive at exact numbers of dead and wounded given the chaos in Syria; the deliberate secrecy from many warring parties, including the government; and the dangers that prevent monitoring groups from physically reaching many parts of the country. This is not uncommon in wars; death toll estimates from World War II still vary. Personally, I find the upper range of estimates for the Syrian conflict, nearing half a million dead, quite plausible.

The United Nations stopped officially counting deaths at just over 100,000, in July 2013, saying that it could no longer independently verify them and thus could not present its figures as reliable. But the violence has only escalated since then, with more government airstrikes and use of heavy weaponry, continuing battles between the government and myriad insurgent groups, and the emergence of the Islamic State.

A report from the United Nations’ Office of the High Commissioner for Human Rights in August 2014 put the number of documentable deaths at more than 191,000, with caveats that many other reported deaths were excluded because they could not be verified to the same degree. A year later, United Nations agencies were using an estimate of 250,000.

But other groups put the numbers much higher. The Syrian Center for Policy Research — which until recently worked in Damascus, the Syrian capital, meaning it was tolerated by the government — put the number of dead at 470,000 as of December 2015. That figure is close to what the United Nations’ envoy, Staffan de Mistura, said he estimated (400,000) based on his own personal analysis.

The Syrian Observatory for Human Rights, which uses a network of sources inside the country, says it has documented more than 270,000 deaths as of February — meaning it has names, dates and other details for each one — but estimates the total to be 370,000. The Violations Documentation Center, one of the more rigorous of the nongovernmental bodies working inside Syria, has documented more than 131,000 deaths on the anti-government side alone, not counting those fighting on the side of the government or for the Islamic State.

People also die in places inaccessible to researchers, or in ways that make them unlikely to be counted: under the rubble of a destroyed building, executed with no witnesses, drowning while trying to flee to Europe.

Also unknown is how many people may have died in secret government detention facilities, where prisoners’ advocates estimate that tens or even hundreds of thousands of people are held. The Caesar photographs, smuggled out of the country by a man who said he was tasked with photographing corpses of people who died in detention, show more than 28,000 bodies, more than 6,000 of which were said to be detainees who died in custody, and the rest civilians or fighters who died in attacks.

The United Nations High Commission on Refugees puts the official number at 4.8 million, but that is an undercount. That’s because it only includes those who have officially registered as refugees, and no new refugees have been registered in the main host countries for months. It only includes those in the countries hosting the most refugees: Turkey, Lebanon, Jordan, Iraq and Egypt, and the rest of North Africa. It does not include the one million applications for asylum in Europe since 2011. Overburdened host countries like Lebanon and Turkey insist that there may be as many as another couple of million undocumented refugees.

Perhaps most importantly, the figure does not include the seven million driven from their homes inside Syria who have not crossed international borders and thus are not legally counted as refugees; they are referred to by the anodyne term “displaced.” They include tens of thousands stuck near the effectively closed borders of Turkey and Jordan. Near the Turkish borders, camps for the displaced have been repeatedly bombed. In Jordan, aid workers say 50,000 people are stuck in a neutral zone in the desert with no infrastructure or services.

Tags:
How We Measure the Human Toll in Syria Amid the Fog of War, Syria war, Toll death in Syria