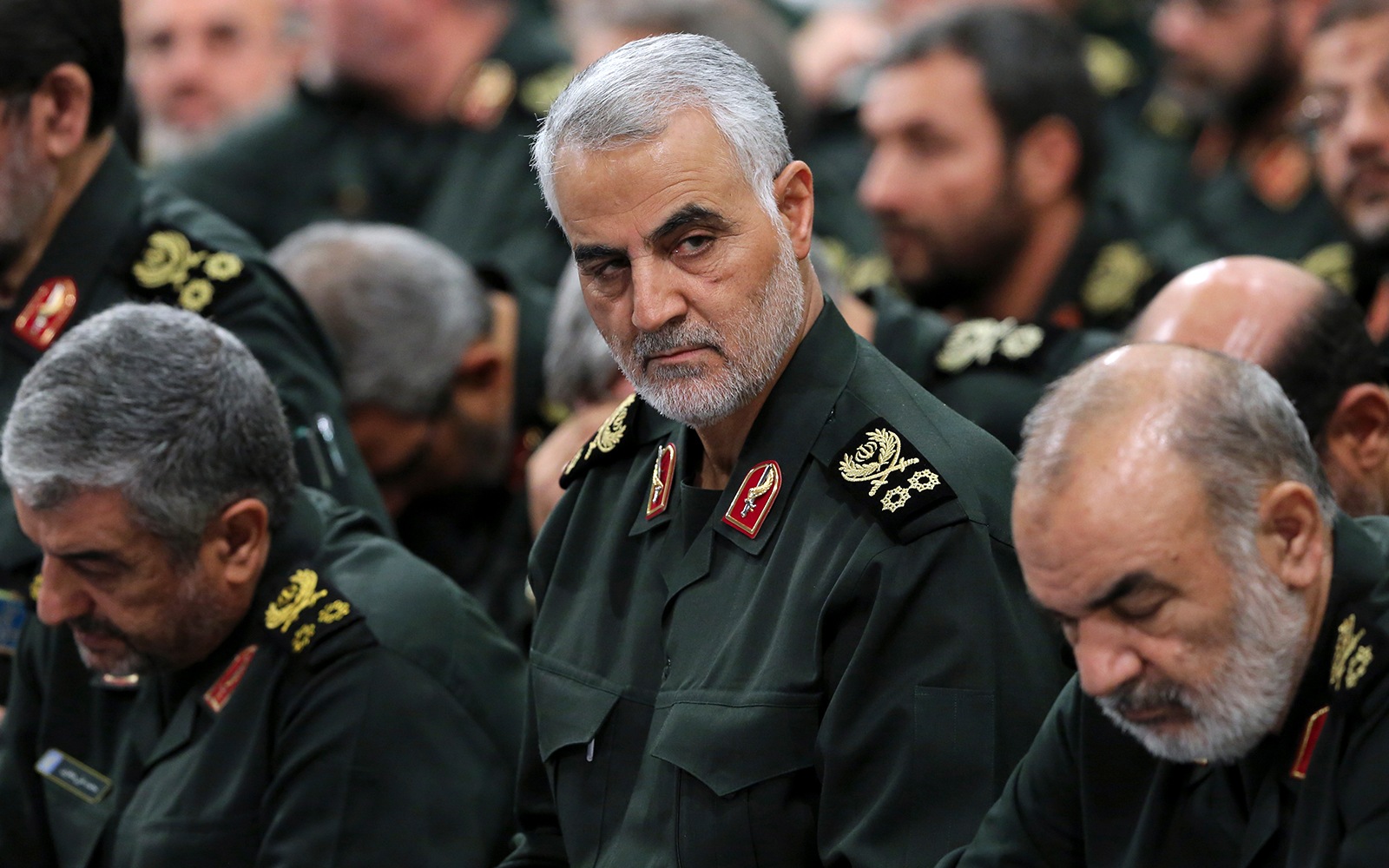 Washington’s decision to take out Soleimani in Baghdad ruined its chances for playing a role in mitigating a serious crisis there now.

Two years ago, I wrote an op-ed for the New York Times on the arms control implications of hypersonic weapons. Thinking about hypothetical instances in which such as a weapon might be used to destabilizing effect, I wrote that a U.S. administration possessing this kind of weapon might use it to kill, say, Qassem Soleimani, the commander of Iran’s Quds Force.

A day later, Soleimani was dead, killed by a U.S. strike, along with his Iraqi counterpart Abu Mahdi al Muhandis just outside of Baghdad International Airport. Conspiratorially inclined social media users swiftly concluded that I was a traitor with inside information attempting to warn Soleimani of an impending attack. (For the record, this is not true.)

It’s fair to say that most observers familiar with U.S. military operations in the region and the role Soleimani played in choreographing Iranian proxy activities in the Middle East would have taken Soleimani’s presence on the U.S. list of high value targets for granted. Equally, most observers would not have imagined that he’d be killed on Iraqi soil while a guest of its government.

I’m reminded of this episode — for reasons I’ll explain — by the ongoing discussion, mostly among pundits, about whether and how the political crisis in Iraq will affect U.S. interests and, relatedly, whether the United States could or should be doing something to help resolve the crisis before it does affect U.S. interests.

Some knowledgeable commentators, like Bilal Wahab, note that the Biden administration’s hands-off stance during the crisis has perpetuated it. He recalls correctly that there was a time when the United States was deeply enmeshed in the formation of successive Iraqi governments, most significantly in the accession of Nouri al-Maliki as prime minister in 2006.

Maliki’s policies during the eight years he occupied the office are generally thought to have contributed to the rise of ISIS in Iraq. This charge is debatable. ISIS originated in Syria owing to the anarchic conditions of civil war and was inadvertently armed by outsiders, including the United States. The movement at one point was assessed to include 14,497 fighters from Russia, Saudi Arabia, Jordan, Tunisia, and France with smaller contingents from dozens of other countries.

And there were the thousands of Syrians caught up in a brutal civil war who enlisted or were conscripted in ISIS, the biggest insurgent player in Syria by 2013. When these insurgents entered Iraq through its long, open border with Syria, they were in effect an invading army. On this view, the claim that the ISIS conquest of major Iraqi cities, like Mosul, was a homegrown protest against Maliki’s policies is at odds with reality. Not that these policies helped, or that Maliki’s hollowing out of the Iraqi army, which disintegrated in the face of the ISIS onslaught, was anything but disastrous.

Whether there had been better alternatives to Maliki in 2006 when Washington selected him as its man in Baghdad is up for debate; indeed, it was debated within the White House at the time. While we cannot know whether there was a better choice, the United States learned in 2014 and the fall of Mosul that Maliki had not been a good one. The law of unintended consequences proved to be implacable.

In this case, Bilal’s recommendations are more about using leverage indirectly rather than open heart surgery. Thus, the United States provides the Kurdish Regional Government with a great deal of money, which could be withheld if the Kurdish leadership balked at a more constructive role in government formation. But this sort of leverage is theoretical; if it were not, a parade of U.S. administrations over the years would have persuaded Israel to halt settlement activity. There’s just some leverage that is too complicated to use, especially where the gain might not outweigh the political costs.

There is also the inducement that the United States might be able to offer in the form of the international legitimacy Washington’s endorsement could confer on a compromise government. This too is theoretical. Iraqi factions are jockeying for wealth and power, not Western approval.

The current crisis stems from an intra-Shia split between two factions led by unelected leaders, Nouri al Maliki and Moqtada Sadr. Both have longstanding ties with Iran punctuated by squabbles, some of which were intense. Maliki worked closely with the United States as a matter of necessity during the long U.S. occupation. Sadr of course has not. He appears to be defying Iran’s will by taking an ax to Iraqi Shi’a unity, which reduces the transaction cost of Iran’s influence in Iraq, and by subordinating the Shi’a groups opposing him to a majority government under his control.

This, however, makes Sadr neither a strategic foe of Iran nor a friend to the United States. At this stage, his attempt to transform his initial electoral victory into such a majority government has been quashed by the both the Iraqi Supreme Court and his own breathtaking decision to remove his 73 members of the Assembly and watch his adversaries take their seats. As a result, he has taken to fight to the streets and to the Parliament where his followers are mostly just hanging out smoking sheesha, waiting for developments.

At the same time, Sadr is attempting to seduce young, profoundly disappointed and mainly non-aligned protesters by claiming that their fight against the corrupt status quo is his own fight. How far this ploy gets Sadr is open to question. His own forces, after all, were involved in the bloody suppression of youth demonstrations in 2019. Violent conflict between the Sadrists and the Popular Mobilization Forces (also known as the People’s Mobilization Committee) — Shi’a militias that form part of Iraq’s hybrid armed forces — seems likely at the moment.

There are off ramps, but it is primarily Sadr’s sole decision to avail himself of them, yet no one really knows what his intentions are. His militia would presumably be outgunned in a fight, which suggests that he’ll resort to bargaining at some point.

This brings us back to Soleimani’s death at U.S. hands in Iraq. If there were one avenue for U.S. involvement in ongoing, broader attempts to unwind the confrontation, it would be through contact with the main Iraqi players. Yet, if this crisis is truly intra-Shi’a, Soleimani’s death signaled the end of U.S. influence with moderate Shi’a actors who had until that moment interacted more or less constructively with the United States.

Whatever their personal views about Iran and the United States, Iraqi Shi’a had no choice but to condemn the Trump administration’s liquidation of a prominent representative of Iran’s government within Iraq. This disregard for Iraqi sovereignty was too blatant to wave off, especially for Parliament, which denounced cooperation with the United States. Nor was it simply a breach of Iraqi sovereignty. Iraqis saw Soleimani and al-Muhandis — and the largely Shi’a popular mobilization committees — as their saviors from ISIS tyranny.

As with other reckless steps Trump took, especially his withdrawal from the JCPOA, the targeted killing of Soleimani has had an afterlife that makes it hard for his successor to advance U.S. interests. U.S. influence is further stymied by sanctions against Popular Mobilization Forces that impede U.S. diplomatic communication when it is most needed.

U.S. interests in Iraq are not existential. But they are important. A stable Iraq is a factor in a stable region and stability lowers the prospects for — and temptation of — U.S. intervention. As a practical matter, this means helping Iraq keep ISIS down, mainly by keeping Iraqi capabilities up, and avoiding skirmishes with Iran that could make Iraqi politics even more wobbly than they already are.

If Iraqi politics devolve to open warfare between heavily armed factions, or simply fails to produce a government, these limited U.S. interests will be harder to preserve, even as the Trump administration’s missteps make it harder for the U.S. to contribute to a solution.