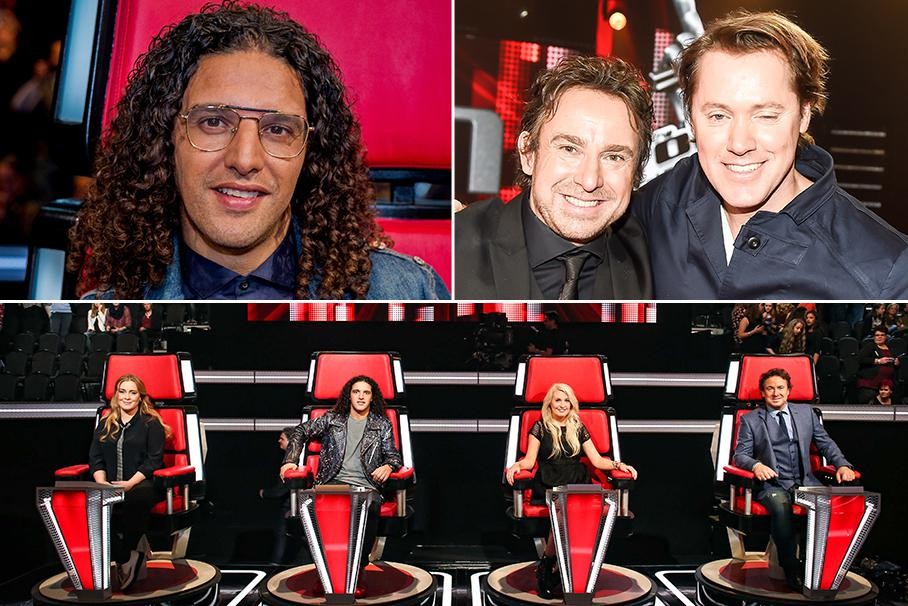 Pride goes before the fall, as the saying is. A sex scandal affecting one of the most popular tv shows in the Netherlands reveals that lust might give a hand too. The scandal endangers the position of international media tycoon John de Mol. A scandal that shows how trial by (social) media thwarts the presumption of innocence long considered crucial for democracies.

By Remko van Broekhoven
De Mol’s pioneered musical talent scouting show The Voice of Holland (TVOH) had just begun its twelfth season with somewhat disappointing audience ratings. In any case, the ratings of the internet program that disclosed what happened behind the scenes of ‘TVOH’ far surpassed those of its subject matter: from January 20 on, more than 7 million views were recorded.

The image presented was ugly and deeply embarrassing for two of the jurors involved. One, singer Marco Borsato, was said to have been touching minors participating in The Voice Kids inappropriately during the years. The other, rapper Ali Bouali, was accused of having raped a former participant of The Voice and acting as a prolific sexual predator towards other women.

According to various anonymous sources TVOH band leader Jeroen Rietbergen, De Mol’s brother-in-law, had repeatedly sexually intimidated candidates. The result of the allegations:  an immediate end of the collaboration with the men involved and of the show itself, leading to an estimated loss of 15 to 20 million euros for producer ITV and broadcaster RTL.

It also put in quite an unfavorable light the media imperium of John de Mol, Talpa Network. De Mol invented The Voice, which has been franchised in 150 countries next to the Netherlands, such as the U.S. He also created another international reality tv hit, Big Brother, which has been expanded into at least 50 franchises.

De Mol is a forerunner in the art of putting people together for a good fight. To make money for himself, his advertisers, and the few happy ones who end up winning the show. Last October Talpa announced that it would bring its newest concept AVASTARS, a high-tech music, and dance talent show, to the Arab world.

The seventh richest person in the Netherlands, (in)famous for his micromanagement leadership style, has not been able to account credibly for the cases of those alleged misbehaviors that happened while still under his watch until he left ITV two years ago.

The fact that his brother-in-law was involved so deeply didn’t also reflect well on De Mol. How is it possible, his critics say, that such a pattern of sexual misconduct has been possible and tolerated for such a long time in a modern media company?

#METOO
It looks like great news that #MeToo finally has arrived at The Voice of Holland. Another playground for predators has been closed, following the convictions of (to name just two) Bill Cosby and Harvey Weinstein.

All around the world men – and sometimes women – who can’t control themselves, at the cost of more vulnerable people, have been put on the spot. Hopefully, this makes the world a better place. At least it makes it a safer one.

But the problem is that quite too often it happens to damage the rule of law, vital for democracies. Anonymous allegations seem to be sufficient to ruin reputations and careers.

And the presumption of innocence until proven guilty in court has been ignored. In the case of TVOH, all the cases brought up by the internet journalists were presented by people without names, faces, and (their own) voices, without any material evidence either.

Understandably, victims want to speak anonymously, with all the shame and confusion that they find themselves in. What’s worrying though, is that based on allegations only and without any proof or decision in court, the presumed perpetrators have been thrown under the bus by their employers and every Harry, Dick, and Tom alike.

The Court of Public Opinion
These last weeks in the Netherlands the Court of Public Opinion has worked overtime and is on the verge of a breakdown. Thousands of people – ordinary or well-known – have spoken out in the harshest terms against the supposed perverts. Doing so they not only distanced themselves morally from these but also did duty as prosecutor, judge, and-executioner at once.

Some might argue that as rape and other types of sexual misconduct are hard to prove, given that they tend to take place ‘in the dark’, allegations are sufficient proof: as long as there are several of them. But even if we want to help real victims in every way we can, we should stick to the rule of law.

The presumption of innocence is not some legal gimmick. It’s a principle that protects every one of us against false accusations and moralist overreaction. And it doesn’t matter whether you are the target of a state servant arbitrarily assuming your guilt; of a company sacking you without a blush; or of a public opinion naming and shaming you.

What is needed in this case as in the next, is control first and foremost. By that, I don’t mean a labyrinth of formal rules. Nor people monitoring them spying, and punishing severely every word, touch, or gaze we might find inappropriate. Such a Utopia (another De Mol format, by the way) is as unwelcome as it is unfeasible.

What I refer to is powerful people controlling their lust. And organizations control how their power structures fall short of a level playing field. If inequalities are unavoidable, independent confidential advisors are needed to support sexual assault victims: one of many safeguards absent in what TVOH juror and singer Anouk has called ‘a a corrupt mess’.

Next to such checks and balances, we need justice for both ourselves and society. For society: a listening ear and proper legal procedures for victims and the presumption of innocence for alleged perpetrators. For ourselves: the mildness proper to people who are not involved directly and so abstain themselves from judgments far too stern.

Remko van Broekhoven is a Dutch philosopher. This is his first contribution to The Levant News.