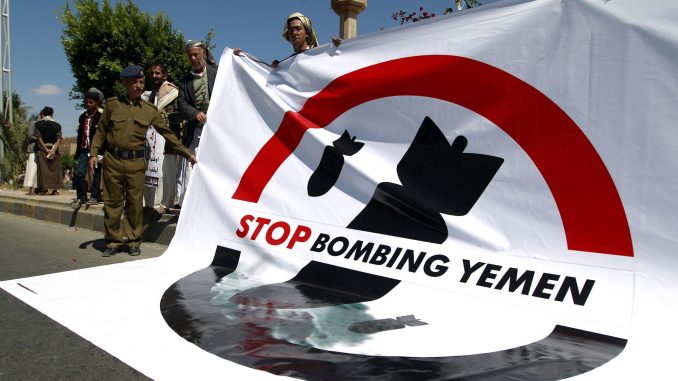 Yemen’s Houthi movement said it shot down a Saudi Apache helicopter near the border with Saudi Arabia on Friday, killing its two pilots.

“A Saudi Apache helicopter was shot down by a surface-to-air missile... and its two pilots were killed as it was completely burned,” the group’s military spokesman, Yahya Sarea, said in a Twitter post.

There was no immediate confirmation from a Saudi-led coalition that has been battling the group for more than four years.

(This story corrects name of spokesman to Sarea not Assiri)