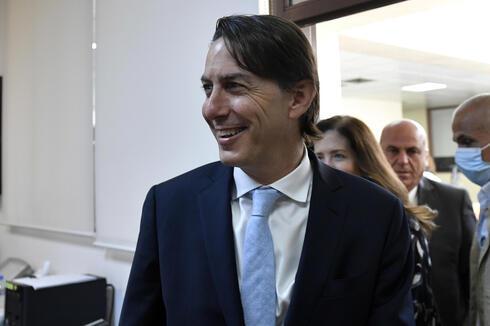 The U.S. mediator in the sea border talks between Lebanon and Israel, Amos Hochstein, will visit Doha and a Qatari firm has expressed readiness to explore for gas in Lebanon’s Block 9, MTV reported on Friday.

The report came as Hochstein kicked off a visit to Lebanon to discuss the progress made in the indirect negotiations with Israel.

Al-Akhbar newspaper meanwhile quoted sources concerned with the negotiations as saying that Hochstein is seeking to “reassure Lebanon” that there will be an agreement soon that meets Lebanon’s demands, while also making sure to take into consideration Israel’s needs as to formalities and timing.

Hochstein is also seeking to address some details related to the work of international companies on the Israeli and Lebanese coasts in the future, the sources said.

Citing information obtained from the U.S., France and Lebanon, the sources added that the U.S. side has obtained preliminary approval from Lapid’s government regarding Lebanon’s demands, in terms of agreeing to Line 23 and considering the entire Qana field to be part of Lebanon’s share.

According to the same sources, Israeli PM Yair Lapid’s approval enjoys the support of Israel’s security and military institutions.