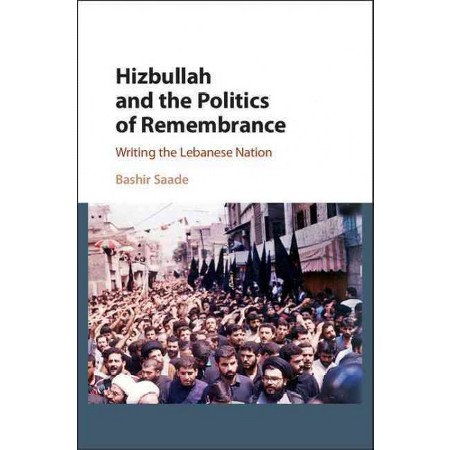 Hizbullah and the Politics of Remembrance by Bashir Saade

Cambridge University Press has recently published a book entitled “Hizbullah and the Politics of Remembrance: Writing the Lebanese Nation” by Bashir Saade.

“Born out of the Israeli occupation of the South of Lebanon, the political armed group Hizbullah is a powerful player within both Lebanon and the wider Middle East. Understanding how Hizbullah has, since the 1980s, developed its own reading of the nature of the Lebanese state, national identity and historical narrative is central to grasping the political trajectory of the country. By examining the ideological production of Hizbullah, especially its underground newspaper Al Ahd, Bashir Saade offers an account of the intellectual continuity between the early phases of Hizbullah’s emergence onto the political stage and its present day organization. Saade argues here that this early intellectual activity, involving an elaborate understanding of the past and history had a long lasting impact on later cultural production, one in which the notion and practice of Resistance has been central in developing national imaginaries.

Tags Hizbullah and the Politics of Remembrance by Bashir Saade