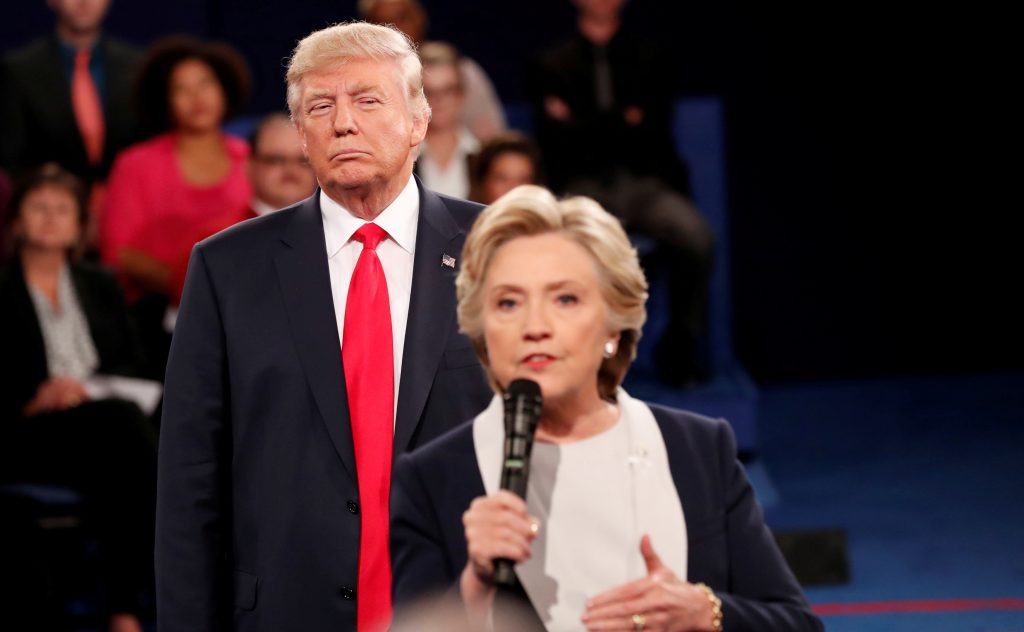 One of Hillary Clinton’s wealthy pals paid $500,000 in an unsuccessful effort to fund women willing to accuse President Trump of sexual misconduct before the 2016 election, The New York Times reported Sunday.

Susie Tompkins Buell, the founder of Esprit Clothing and a major Clinton campaign donor for many years, gave the money to celebrity lawyer Lisa Bloom who was working with a number of Trump accusers at the time, according to the paper’s bombshell report.

Bloom solicited donors by saying she was working with women who might “find the courage to speak out” against Trump if the donors would provide funds for security, relocation and possibly a “safe house,” the paper reported.

Bloom told the Times that the effort was unproductive. One woman requested $2 million then decided not to come forward. Nor did any other women.

Bloom said she refunded most of the cash, keeping only some funds for out-of-pocket expenses accrued while working to vet and prepare cases.

The lawyer told the paper she did not communicate with Clinton or her campaign “on any of this.”

She also maintained that she represented only clients whose stories she had corroborated and disputed the premise that she offered money to coax clients to come forward, the paper reported.

“It doesn’t cost anything to publicly air allegations,” Bloom said. “Security and relocation are expensive and were sorely needed in a case of this magnitude, in a country filled with so much anger, hate and violence.

The Times article said it learned of Buell and Brock's connection to Bloom from two Democrats familiar with the financial arrangements who also said Bloom’s law firm kept the money from Brock's nonprofit group but refunded the $500,000 that Buell contributed.

Clinton campaign representatives said they were unaware of his work with Bloom.

Buell would not comment on the financial arrangement, according to the Times.

Still, she claimed she was frustrated that Trump had escaped the repercussions that have befallen many other powerful men accused of similar misconduct.

The Times article expanded on a report in The Hill two weeks ago that said that worked with campaign donors and tabloid media outlets during the final months of the presidential election to arrange compensation for the alleged Trump victims and a commission for herself, offering to sell their stories.

In one case Bloom reportedly arranged for a donor to pay off one Trump accuser’s mortgage and attempted to score a six-figure payout for another woman.

The woman with the mortgage ultimately declined to come forward after being offiered $750,000, The Hill reported.

The paper reported reviewing one email exchange between one woman and Bloom that suggested political action committees supporting Hillary Clinton were solicited, without naming which ones.

Bloom, who is the daughter of famous attorney Gloria Allred and, like her mother, specializes in representing women in sexual harassment cases, worked for four women who were considering accusing Trump. Two went public, and two declined.