Breaking News
Home / Culture / A hidden pearl of Mount Lebanon: ‘If only walls could talk…’

As a kid, Sami, the little boy growing up in the village of Aytat, Mount Lebanon, used to love going to that mysterious place, always known as the “Talhouk Castle” to play in its courtyard with the owner’s son. For Sami, the place had always been enigmatic and full of secrets and hidden stories for all the history it had carried for the past 3 centuries.

By Samir Roger Makarem
Moving years fast forward, and now a young 42-year old professor at the American University of Beirut, Dr. Sami hears one day that this same castle that he used to always visit when he was growing up is for sale. Having had all kinds of childhood memories and having always been an admirer of such a monumental structure, he decided without t any hesitation to purchase this 350-year old gem of a place. That was back in the early 1970s.

Aley district
His dream came true in 1978, when Dr. Sami embarked on a massive renovation project to transform this 17th Century premise, which had always been known to have been a prison cell, into a family home.
Back during the days of the Ottoman Empire, and around the mid-1600s, the Talhouks were appointed feudal lords of the entire western region of the Aley District of Mount Lebanon.

During their reign, that particular structure served as one of the military enclaves as well as a court-house along with a prison cell to administer the authority of the family over that particular region of Mount Lebanon.

When my dad decided to renovate the house, the structure was so run down, that a lot of people ridiculed him for going through with such a cumbersome renovation dream. Many people back then just expected him to tear down that piece of ruin and simply come up with one of the very typical all-cement apartment buildings that have been heartbreakingly invading the very beautiful landscape of Mount Lebanon since the late 70s. 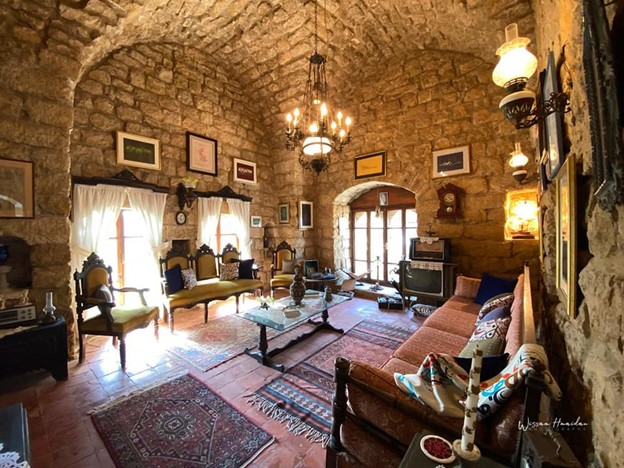 In 1980, the house is now ready to be lived in as home, so the family moved from Beirut to Aytat to live in that place that we, the kids, perceived it to have been turned into a fairytale come-true castle.

Lebanese Civil War
Two years later, Lebanon unfortunately plunges into misery, destruction, and chaos during and right after the Israeli invasion of Mount Lebanon, and so that very beautiful village of Aytat gets transformed into a ghost town for the next 8 to 10 years that followed, up to the early 1990s, when we could presumably claim that the war had officially ended.

In 1989, I met the dream of my life, Lama Abed. And in 1993, just when Aytat was starting to regain its life, my beautiful fiancée, Lama, and I decided to hold our wedding ceremony in this house. Of course, it was still in total ruin with blown up doors and windows, blown up arches, and nothing but a total mess due to the severity of the war during that time; but we did not allow for something like that bother us.

It was now safe, Aytat was back to life, and we just wanted to prove to the whole world that destruction will never overtake love and development. We did our best to prepare the house to hold our wedding. We did as much cleaning as possible, brought in a power generator for electricity, an industrial water tank to supply water to the bathrooms, hired a food catering company, and of course, a DJ for entertainment. 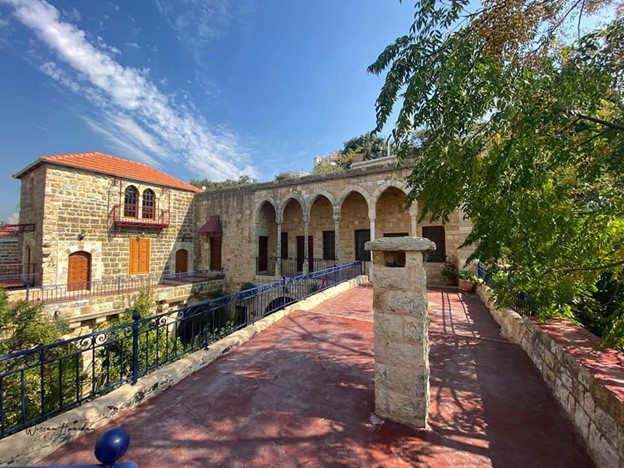 That very unique wedding was the trigger for the second phase of renovation that my dad had embarked on starting in 1994-1995. Few years down the road and that house was re-transformed back to its original luster. The situation in Lebanon during that time was improving year after year and my dad started holding some cultural functions at the house every now and then. Some of those functions were on a personal level and some were specifically hosted with other renowned personalities in the fields of the various arts, music, literature, and poetry.

In 2012, Dr. Sami Makarem passed away at the age of 81. He was till the very last day of his life still at the peak of his contributions, whether as a professor at the American University of Beirut, where he was teaching on a par time basis, or whether on a personal level publishing books in various fields, holding art exhibitions, writing poems, and holding all kinds of academic and educational seminars at that house.

Being a world-renowned figure, Dr. Sami Makarem left behind a treasure-trove of calligraphic paintings, published books, series of poems, and of course countless manuscripts of his writings.

After his passing, the family decided to commemorate such a figure by transforming his house into a cultural center. Although, in his will, my dad, had wished for only 3 rooms of the house to be turned into a library, a heritage museum, and a cultural center, the family however, decided and without any hesitation, to turn this entire 17th century mansion into a Cultural center, bearing the name of: the Sami Makarem Cultural Center.

And so, in 2017, we embarked on the third phase of renovation to make his dream come true, transforming the mansion into a cultural center to encompass his personal library-composed of 3 wings, an arts museum-exhibiting his own and his father’s (Sheikh Nassib Makarem) masterpieces of art, and soon to be, a conference center/training venue to hold all kinds of educational and developmental workshops and training seminars. 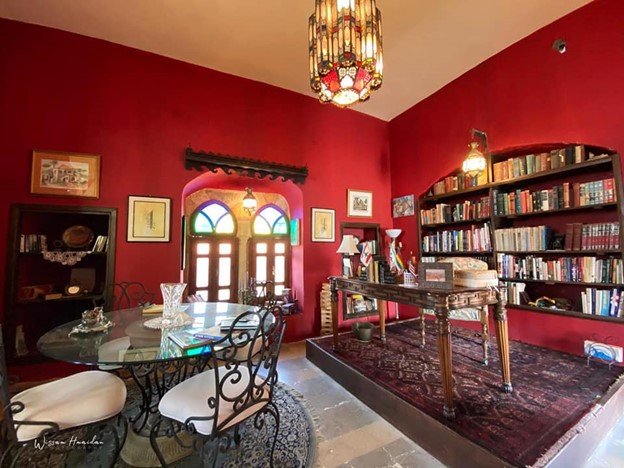 Sami Makarem Cultural Center
With a mission “to foster a culture of creativity, love for knowledge, virtue, and beauty” in various aspects of life; such as the sciences, literature, humanities, and all forms of the arts dedicated to all generations to come, all cultural events, functions, and activities held since 2018 have been entirely offered free of charge to the community at large.

The Sami Makarem Cultural Center aims at cultivating and stimulating appreciation for various forms of arts and talents while preserving the heritage and contributing to such a mission. In addition, and believing wholeheartedly in our purpose, one of our major goals as well, is to give back to the community by offering the people of Lebanon the opportunity to hone and develop their personal skills, especially when it comes to their interpersonal skills.

What makes this place so unique and homey is the fact that we aspire to keep the coziness of a home spirit throughout the place. Although it is being transformed into a cultural center, yet it will always remain a home for the family. When guests come over to visit the center, they are treated as if they are coming for a personal visit. They are free to roam around the entire house, even in the sections that are considered private. For everyone, it is simply “home sweet home”. 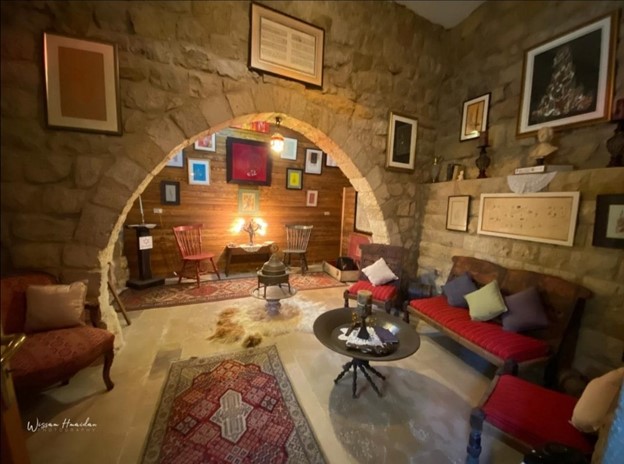 Every time a person visits virtually or in person our center, he or she will go back with an enriched experience of culture, heritage, legacy, and beautiful memories within an authentic and sustainable environment.

Although transforming this mansion into a cultural center is a long journey, it is indeed a journey worthwhile the effort, especially when it is filled with love, passion, virtue, and beauty.
Welcome and hope to see you soon at the Sami Makarem Cultural Center.

The editorial team of The Levant News would like to thank Samir Roger Makarem for his second historic contribution. His first article “The story of Sheikh Nassib Makarem (1889 – 1971), a distinguished Lebanese gentleman”, can be found here.