Hezbollah’s Corona Quagmire: An Opportunity to Empower the LAF

Now that Hezbollah realizes its efforts to hide virus cases won’t work anymore, Washington should urge Beirut to put LAF medical and border-control personnel to work without resorting to a full state of emergency.

By Hanin Ghaddar
Hezbollah has been under serious scrutiny by the Lebanese people in the past few weeks. At the group’s urging, the government continued to allow flights from coronavirus-stricken Iran as late as mid-March, despite calls from civil society figures and some political parties to suspend them. Even after the airport was officially closed to all flights, media reports exposed how Hezbollah was using unofficial means to keep bringing people in from Iran. Amid Lebanon’s spike in COVID-19 cases, people have been pointing the finger at Hezbollah and wondering whether it is prioritizing the Iranian regime over its own countrymen.

Hezbollah has not responded to these accusations. Instead, it launched a health emergency plan on March 25. Hashem Safieddine, head of the group’s executive council, told reporters, “It is a real war that we must confront with the mindset of a warrior…Our role is to complement the government apparatus, not to stand in its place.” Under the plan, Hezbollah will deploy a total of 25,000 personnel to deal with the crisis, including 1,500 doctors and 3,000 nurses. In addition, it has dedicated one of the Beirut hospitals it owns to treating coronavirus patients, rented four unused hospitals, prepared thirty-two medical centers across Lebanon, and laid plans for three field hospitals if needed. It has even rented hotels to be used for quarantine, according to Safieddine.

But what he did not mention is the hidden crisis that prompted Hezbollah to launch this plan now. As usual, the group appears more prepared than the Lebanese state to handle emergencies, but its preexisting conditions cannot be cured by deploying more doctors.

HIDDEN CASES
Unofficial sources indicate that the number of Lebanese citizens infected with coronavirus is much larger than the government is reporting, particularly within Hezbollah’s core Shia community. The official figure is currently 470, but a recent Guardian story noted that “parts of Lebanon and Iraq in particular are likely to be holding thousands more sufferers…and [the] lack of disclosure poses a serious regional health risk over the next three months.” The report cites a number of Lebanese officials stating that Hezbollah has quarantined neighborhoods in many southern towns and placed its own guards outside these areas. Indeed, the group has been trying to hide the reality for weeks, but the truth can no longer be suppressed as more people die and others are moved to undisclosed locations.

In addition to worrying that further leaking of its secrets would harm its reputation, Hezbollah also feared that it does not have sufficient resources to handle a full outbreak. After all, doctors, nurses, and clinics can only do so much if they lack medical equipment and funds. The group realized it needs help, and that no assistance would be forthcoming until it came clean. Hence its new strategy of repairing its image by announcing an emergency plan—not as a preemptive measure to handle a potential rise in cases, but as an act of desperation now that things are already starting to spin out of its control and exceed the capacity of its secret prevention campaign.

THE IRAN FACTOR
As mentioned above, the Hezbollah-backed government has yet to truly seal off the country. For example, one day after Beirut airport officially closed, a Qatari plane en route from Tehran landed there. Even more concerning are Lebanon’s 115 border crossings with Syria, through which untold numbers of people and materiel are still being smuggled in by various actors.

Of course, the government has long had problems controlling these crossings. Doing so would require massive mobilization of the Lebanese Armed Forces (LAF) and a profound mental shift away from widespread acceptance of smuggling. Yet there are no signs either change is forthcoming, and Hezbollah does not seem capable of stopping the flow even if it wanted to.

As people continue entering the country through unofficial channels, any number of them could be transmitting the virus, and few of them are likely to seek testing or treatment through official channels. Some of them—Iranians or personnel from the Tehran-backed militias—will inevitably wind up at Hezbollah’s medical centers, where they will take up beds and equipment desperately needed by local citizens. Lebanon is too small for this influx of Iranians and other foreigners to be hidden any longer, so Hezbollah is trying to get ahead of the potential political repercussions by showing initiative.

EXPLOITING AN EMERGENCY
As the coronavirus takes over public rhetoric in Lebanon, Hezbollah is also discreetly pushing to impose its will on various upcoming political, economic, and legal decisions. These efforts are focused on manipulating judicial and bank appointments, protecting allies from corruption accusations, and suppressing discontent within the group’s constituency.

For example, although Hezbollah politicians themselves cannot serve in many government positions due to the threat of international sanctions, the group is trying to empower allied candidates during the current debate over financial appointments that are expected to be presented at the next cabinet session this week. These include key deputies to the Central Bank governor and members of the Banking Control Commission of Lebanon. According to media outlet Ya Libnan, Saad Hariri and other former prime ministers have issued a joint statement denouncing “attempts to monopolize the state’s positions.” Similarly, Hezbollah authorities are taking advantage of virus-related security measures to arrest activists who were involved in organizing protests last October.

THE LAF’S ROLE
Political tension increased in Lebanon last week due to debate over whether it should declare a state of emergency. Authorities opted for a “general mobilization” instead.

Constitutionally, a state of emergency means that control of Lebanon would be transferred to the LAF, whereas “general mobilization” means that similar measures will be adopted without empowering the LAF to enforce them nationwide. These include increasing internal security patrols, closing nonessential businesses, intensifying travel restrictions, and (at least officially) sealing all land, sea, and air borders.

Clearly, Hezbollah would not welcome steps that empower the LAF, since that would give army leaders the authority to take control of state institutions and place troops at all points of entry. If done properly, such measures would obstruct Hezbollah’s smuggling of Iranian weapons and supplies—a risk the group prefers not to take.

At present, the LAF is not taking any initiative on the crisis despite receiving ample U.S. assistance, while other state institutions have taken only taken minimal steps, echoing their failure to address the months-long economic meltdown. Only one major public medical facility—Rafik Hariri University Hospital—is open to coronavirus patients, and it is barely functioning. Public health employees have been complaining about shortages of equipment, staff, and salaries, and the state lacks the financing to fill those needs on its own.

Moreover, the general mobilization has been inefficient so far—many people are refusing to stay home, and calls for announcing a state of emergency are rising even among some Hezbollah allies. For example, parliamentary speaker Nabih Berri stated, “The situation is unbearable, a state of emergency must be immediately and urgently declared”; he also likened the current mobilization effort to a “light emergency.”

Those who oppose such a declaration have good reason for concern, since it could open the door to widespread crackdowns on freedom of speech. Yet there is a middle way that would give the LAF more responsibility without endangering freedoms: namely, a medical state of emergency. This would allow the army to activate its own clinics (which are in place all over Lebanon but not completely functional at present), fully prepare its medical staff for the pandemic, and assert more control over the borders, if only in terms of stopping the illegal flow of potentially disease-carrying people (since it is not realistic to curtail Hezbollah smuggling of materiel at this juncture).

The United States has long been aiding and training the LAF to face insurgencies and terrorism, but the coronavirus presents an exceptional opportunity for army leaders to show they can take fuller charge of national responsibilities already accorded to them by the constitution. Alternatively, if the LAF stays on the sidelines during the pandemic, then Hezbollah’s camp will continue caulking up the holes in it domestic legitimacy by attempting to address the crisis itself—perhaps with help from foreign institutions that are willing to hold their noses and assist the group’s efforts given the dire circumstances inside Lebanon.

Washington has rightly urged the LAF to protect Lebanese protestors in recent months. Today presents another chance to prod the army into doing its job of safeguarding the people—this time by taking charge of a medical emergency.

Previous US no longer interested in Saudi oil alliance
Next The U.S. needs to know what went wrong 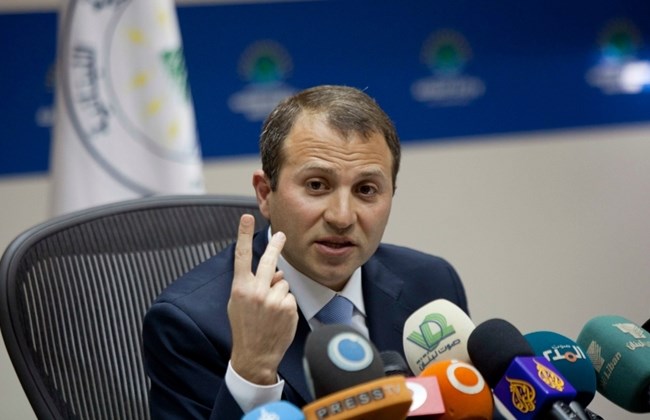