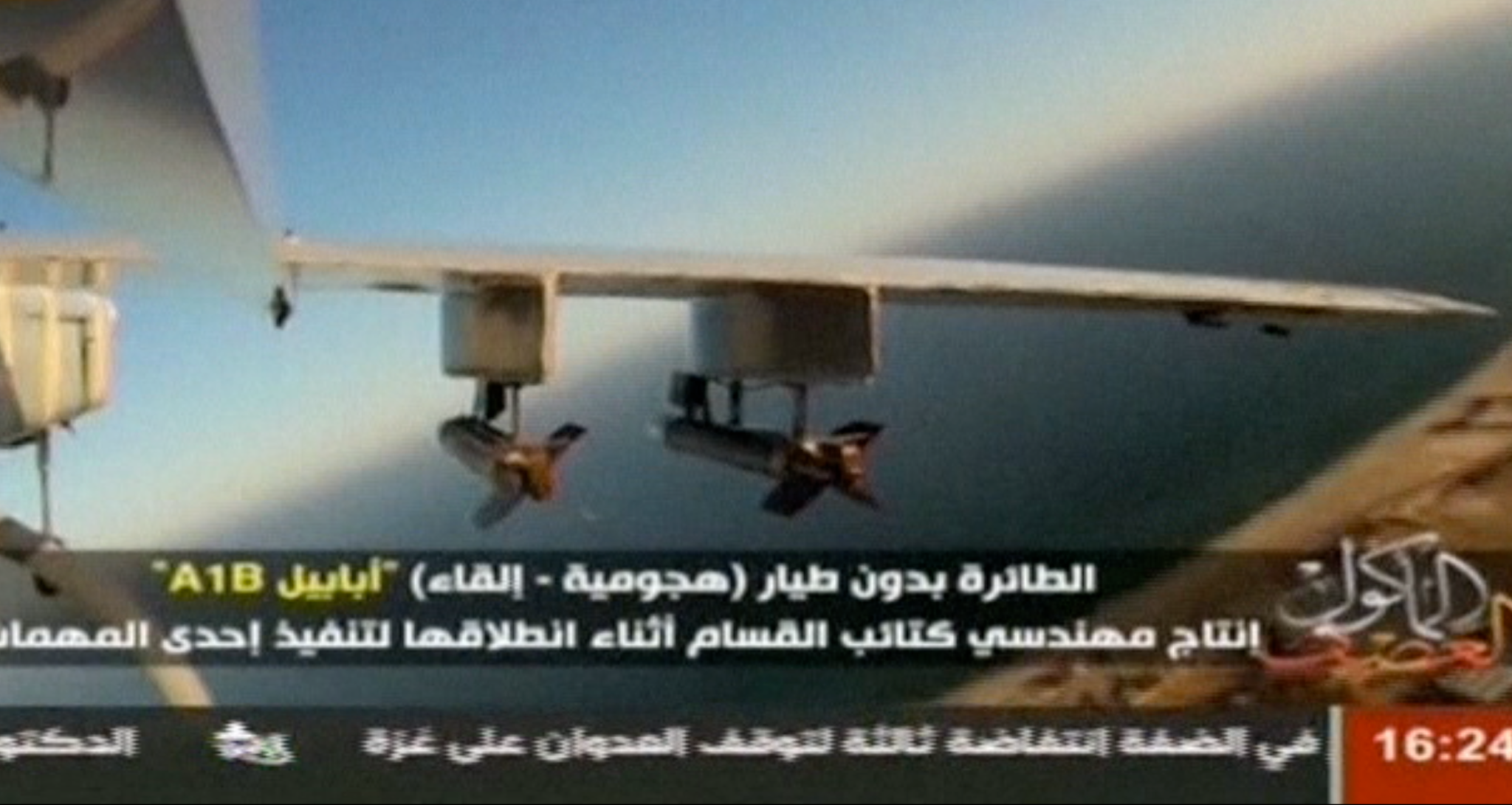 Hezbollah openly boasts of its drone army in face of Israel

Hizbullah has deliberately let Israel know of the presence of air defense systems in its possession in Lebanon, Israeli media reports said.

Quoting the commanders of the Israeli army’s operations branch, an Israeli news website said the Iran-backed group had managed to bring the systems into Lebanon through Syria despite Israel’s numerous airstrikes on its arms shipments.

“It is operating these systems in a clear and public manner, and without any concealment as used to happen in the past,” the Israeli commanders added.

Separately, a report by an Israeli research center said that Hizbullah now possesses 2,000 drones after having had only 200 Iranian-made drones in 2013.

“The activation of these drones takes place in an automated manner and they can also land on sea before resuming their flights,” an Israeli military analyst quoted his country’s military intelligence as saying, adding that Israel “has discovered two Hizbullah drone runways in the Lebanese south.”

On February 18, the Israeli military said it fired interceptor missiles and protectively scrambled warplanes after a Hizbullah drone crossed its northern border from Lebanon.

Hizbullah for its part announced that it sent the "Hassan" drone inside Israel for 40 minutes on a "reconnaissance mission that extended along seventy kilometers" inside the occupied territories.

"Despite the enemy's multiple and successive attempts to shoot it down, the 'Hassan' plane returned from the occupied territories safely after it successfully carried out the required mission," Hizbullah said.

That incident came just a day after Israel shot down what it said was another drone, allegedly from Hizbullah.

Israel and Hizbullah are bitter enemies that fought a monthlong war in 2006 that ended in a stalemate. Israel considers the Iranian-backed Hizbullah to be its greatest immediate threat, possessing an estimated 150,000 rockets and missiles capable of striking anywhere in Israel.

Israel has long expressed concerns that Hizbullah would obtain or develop guided missiles and attack drones.

Last month, Hizbullah chief Sayyed Hassan Nasrallah said his group has been manufacturing military drones in Lebanon for years, and also has the technology to turn thousands of missiles in its possession into precision-guided munitions.