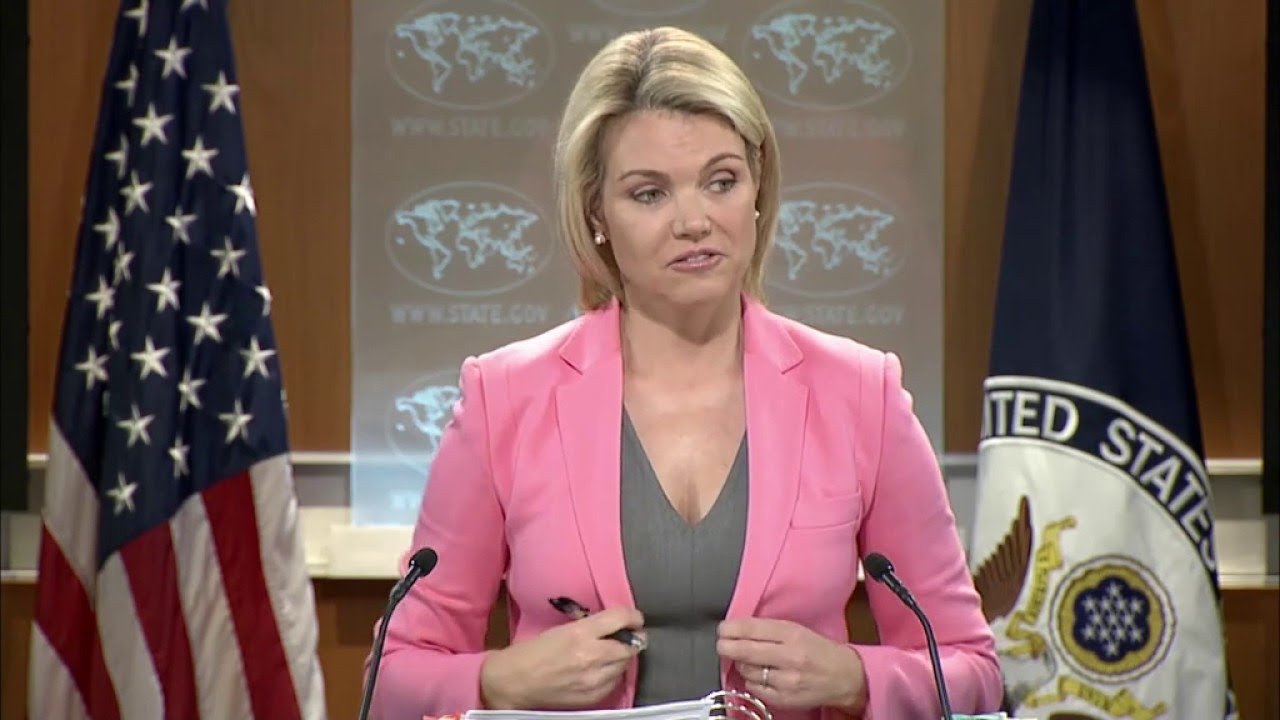 Heather Nauert, the State Department spokeswoman who doubles as one of the US's highest-ranking diplomats, came under fire after posting a photo of herself on Wednesday smiling outside a Saudi Arabian government complex during a visit to Riyadh to discuss the alleged torture and killing of a US resident and Saudi dissident.

Nauert, also the acting under-secretary for public diplomacy and public affairs, accompanied Secretary of State Mike Pompeo on a trip to Turkey and Saudi Arabia this week to meet with the country's leaders to discuss journalist Jamal Khashoggi's disappearance. The Saudis have denied involvement in his disappearance, while President Donald Trump has defended the country as an "important ally."

Some journalists and former government officials pointed to the photo Nauert posted of herself on her personal, public Instagram account as yet more evidence of the Trump administration's callous response to the Saudi government's human rights violations.

"If I were the State Department's spokesperson, on an official trip to learn more about the dark, dubious circumstances surrounding the disappearance of a U.S. resident, I probably would have skipped the tourist-in-Riyadh photos. But that's just me," tweeted David Gura, an MSNBC and NBC correspondent.

"This is not a good look," tweeted BuzzFeed national security correspondent Vera Bergengruen of the photo.

Nauert, a former Fox News host who did not have foreign policy experience when she joined the State Department last year, is reportedly on the president's lists to replace outgoing US ambassador to the UN Nikki Haley and White House press secretary Sarah Huckabee Sanders.

It comes amid growing evidence — including audio recordings released by the Turkish media— that a delegation of Saudi officials tortured, killed, and dismembered Khashoggi with a bone saw. Trump has resisted intensifying calls to condemn the regime and instead defended Saudi Crown Prince Mohammed bin Salman from the charges and emphasized that Khashoggi — a Virginia resident — isn't a US citizen.

"Here we go again with you're guilty until proven innocent," Trump told The Associates Press on Tuesday.

Pompeo was also photographed smiling and shaking hands with Prince Salman and told reporters that the Saudis had repeated their denials of any involvement in Khashoggi's disappearance, issuing a statement saying the regime had promised to conduct a "thorough, transparent, and timely investigation" into the matter.

Trump has stressed the importance of the US's financial ties with Saudi Arabia, calling the Middle Eastern nation an "important ally," while citing tens of billions of dollars in US-Saudi arms deals. (Other US presidents, including Barack Obama, have also continued arms sales to governments with poor records on human rights).

Walter Shaub, the former head of the US Office of Government Ethics, said Nauert's photo is part of a broader set of problematic optics the administration is employing to send a message to Saudi leaders.

On Tuesday, in a move seen by experts as an attempt to placate Trump, the Saudi government followed through on its promise to contribute $100 million to US relief efforts in Syria, The New York Times reported.

Some Republican members of Congress have spoken out on the issue, putting pressure on Trump to punish Saudi leaders for their alleged crime. Sen. Marco Rubio, the Florida Republican, said this week that the president should consider canceling some arms deals, while Sen. Lindsey Graham, said Tuesday that the crown prince "has got to go" and called on Trump to "sanction the hell out of" the Saudi government.

By The Levant - 8 hours ago
By Courtney Doggart and Phesheya Nxumalo With the apathetic passing last month of a constitutional referendum solidifying President Kais Saied’s unchecked powers, Tunisia has confirmed its ignominious status as the biggest disappointment of the Arab Spring, having gone from a democratic success story to dictatorship in just over a decade.  As analysts and commentators lament the loss of Tunisia’s […]
Read story